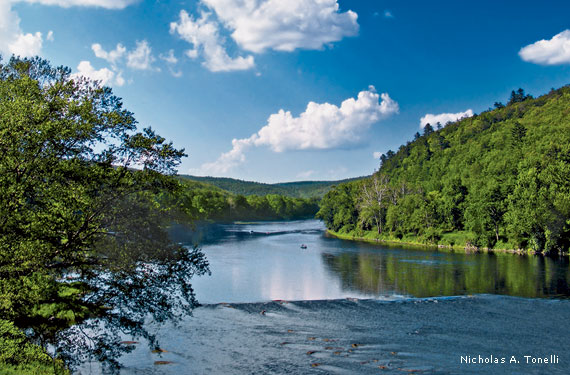 In April, the William Penn Foundation awarded the National Wildlife Federation $3.1 million to help the Coalition for the Delaware River Watershed keep the Delaware River healthy and inspire decision-makers in New York, Delaware, New Jersey and Pennsylvania to create “a bold, unified vision to manage one of our nation’s most important yet underappreciated watersheds,” says NWF President and CEO Collin O’Mara.

The Delaware River (above), which stretches 330 miles from New York to the Delaware Bay, used to be so polluted it turned the paint on ships brown. Today, its basin provides drinking water for 15 million people, supports 600,000 jobs and contributes $22 billion in natural resource benefits to the national economy. It is also vital habitat for wildlife, including fish such as trout and shad and millions of migratory birds such as endangered red knots that stop by the Delaware Bay’s shores annually to feed.

Yet segments of the river are still gravely polluted. The coalition—which includes NWF and affiliates Delaware Nature Society, New Jersey Audubon and PennFuture—says a coordinated management plan will be better able to improve the watershed. 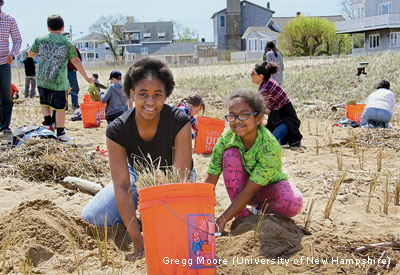 Since 2014, sea level rise and storm surges have swallowed more than an acre and a half of dunes on Massachusetts’ Plum Island, nudging its coastline 100 feet closer to homes in Newburyport. “It is a very extreme rate of erosion,” says University of New Hampshire (UNH) ecologist Gregg Moore. NWF and UNH, along with many volunteers (including students from Hill View Montessori Charter Public School, right), have begun to restore 1,600 feet of sand-anchoring grasses on the remaining dunes. NWF is also designing a map and signs for 1 mile of new trails that will guide beachgoers around the delicate plantings. “That grass is what holds the dunes together,” explains Moore.

An Inconvenient Truth sequel: Hope for a Clean Energy Future

A decade after the Academy Award–winning documentary An Inconvenient Truth brought the climate crisis into mainstream popular culture, An Inconvenient Sequel: Truth to Power shows how close we are to a clean energy revolution. As the film’s educational partner, NWF has teamed up with Participant Media to provide educational resources to help students understand climate change while inspiring them to find ways to bring our nation across the finish line to a viable clean energy economy.

An Inconvenient Sequel, opening in theaters July 28, follows former Vice President Al Gore on an odyssey that depicts the impacts of climate change in the United States, Greenland, Europe, India and Asia, including the city of Tacloban in the Philippines (below), which Typhoon Haiyan devastated. The documentary reveals that the momentum to combat climate change is growing. This is true, despite the United States government recently withdrawing from the Paris climate agreement. 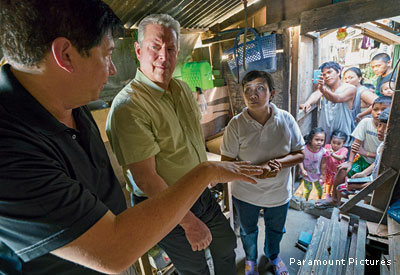 “It is right to give hope to the future generation,” says Gore, stressing we already have the technology we need for success. “It is possible to eliminate inefficiencies and reduce emissions without hurting quality of life and while actually enhancing business profits.”

“The film offers a great opportunity for viewers, especially youth, to learn about climate science and solutions as well as the growing potential of green jobs,” says Carey Stanton, NWF senior director of education. Lesson plans and details about how to enter your school into a climate solutions challenge to reduce carbon emissions as well as special screening events are available online.

Keeping Ohio’s Land and Water Clean For All 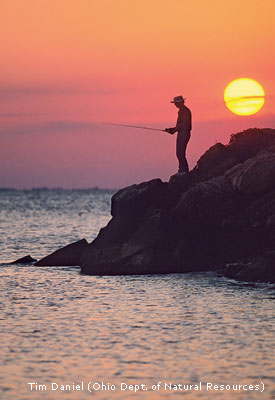 In May, the Ohio Conservation Federation (OCF) joined NWF as its 51st affiliate. A coalition of several hunter, angler and other conservation organizations, including NWF, OCF was founded in 2011 to be “a unified voice to tackle Ohio’s biggest conservation challenges, from clean water to public lands access,” says Marc Smith, an NWF conservation director and OCF board member. “We are stronger together.”

Among OCF’s priorities is to improve the quality of the Lake Erie watershed (right), including decreasing harmful algal blooms. OCF supported a pilot project demonstrating ways farmers can reduce nutrient runoff from their fields while creating wildlife habitat, such as adding buffer zones between streams and fields.

OCF and its partners are leading an effort to help the Ohio Department of Natural Resources (ODNR) acquire 60,000 acres of a former strip mine in east-central Ohio. The move would give all outdoor enthusiasts access to this currently private land.

The coalition is also campaigning to raise hunting and fishing license fees, which could bring millions of additional dollars to the ODNR Division of Wildlife. 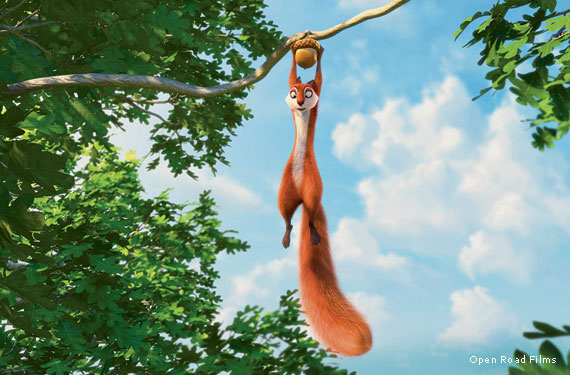 NWF Joins The Nut Job 2 to Protect Our Parks

This July and August, NWF is teaming up with the creators of the animated film The Nut Job 2: Nutty by Nature and other partners to encourage families to help conserve their local parks. In connection with the film, kids and their parents are invited to join more than 40 cleanup events being held in parks across the country.

The Nut Job 2, in theaters nationwide on August 11, features the squirrels Andie (above, voiced by Katherine Heigl) and Surly (voiced by Will Arnett) as well as other characters who band together to stop Oakton City’s mayor from destroying their city park home to make way for an amusement park.

As the film’s education partner, NWF is also offering online resources to help kids, parents, teachers and wildlife enthusiasts of all ages conserve public lands and connect with nature. “We hope that we can inspire parents and kids to protect their local parks, places that are sanctuaries for urban wildlife and often where people first discover nature,” says Kevin Coyle, NWF vice president of education. To find the cleanup event near you, download family fun activities and discover how you can help plant Trees for Wildlife™, visit the following website. 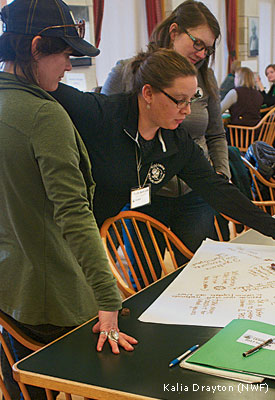 In the often-passionate discourse of environmental issues, NWF is making sure diverse voices are heard through the din. In March, about 160 women across the Federation attended NWF’s first Women in Conservation Leadership Summit (right) in West Virginia, where they learned how to capitalize on their strengths and better collaborate with their peers. “There are real barriers to female leadership,” says NWF’s Elizabeth Lillard, a co-organizer of the conference. “This meeting allowed us to support and empower each other.”

Last fall, NWF and the Healing Our Waters–Great Lakes Coalition hosted Green Talk and Chews dinners for about 60 people of color in Detroit, Toledo and Cleveland. “When it comes to protecting clean water, we all need a seat at the table,” says Simone Lightfoot, NWF director of urban initiatives.