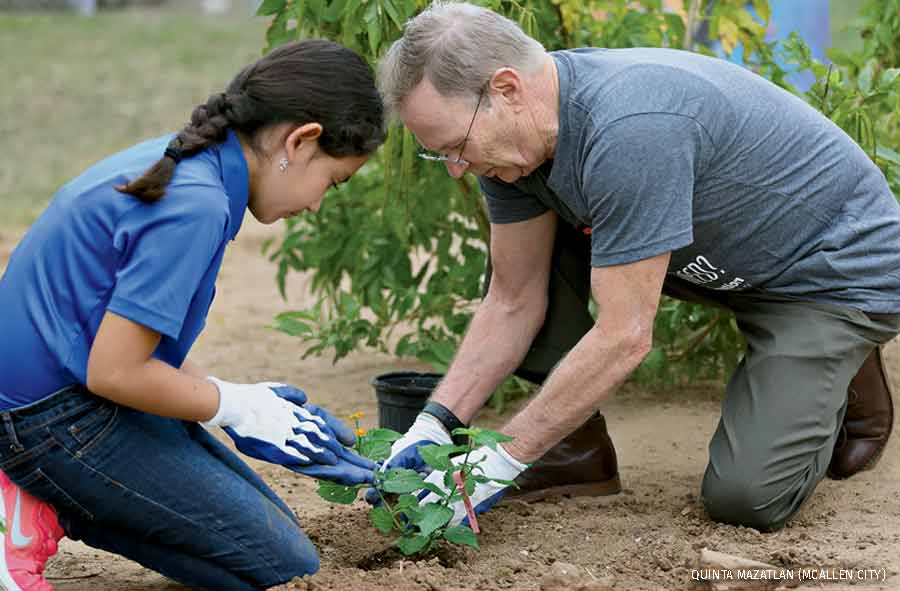 THE MAYOR of McAllen, Texas, isn’t afraid of a little dirt. In fact, Jim Darling is taking off his tie and picking up a trowel to help a struggling butterfly survive.

Just a few miles north of Mexico, McAllen is home to some 150,000 people and host to a plethora of migratory pollinators, including monarchs. These majestic orange-and-black butterflies travel up to 3,000 miles round-trip between Canada or the United States and their wintering grounds in Mexico. Unfortunately, they have declined more than 80 percent during the past two decades, in part because agriculture and development have overtaken the only food their caterpillars eat: milkweed.

Mayor Darling found the monarch’s beauty and perseverance inspiring. “There is something about an insect that has that kind of will power,” he says. So in January 2016, he took the National Wildlife Federation’s Mayors’ Monarch Pledge, committing to all of the initiative’s 24 ways to aid pollinators. He is one of 360 mayors in Canada, the United States and Mexico who have created more than 3,000 acres of habitat since the program began in 2015. 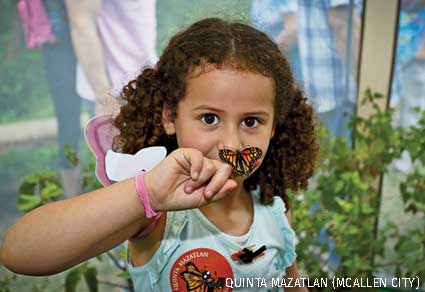 Andrew Jackson Elementary School Principal Pedro Garcia describes Darling as “heart and action together.” During January, the mayor donned a “Got milkweed?” T-shirt and knelt beside third graders to plant the first of seven NWF certified Schoolyard Habitats® to be created in their district. “Sometimes people take nature for granted,” says Darling. “This is a great way to get kids involved and teach them to appreciate it.”

Now Darling is striving to certify the entire city of McAllen as an NWF Community Wildlife Habitat™. So in the end, what does this mayor hope his conservation legacy will be? “Maybe if someone sees a monarch, they will remember me.”