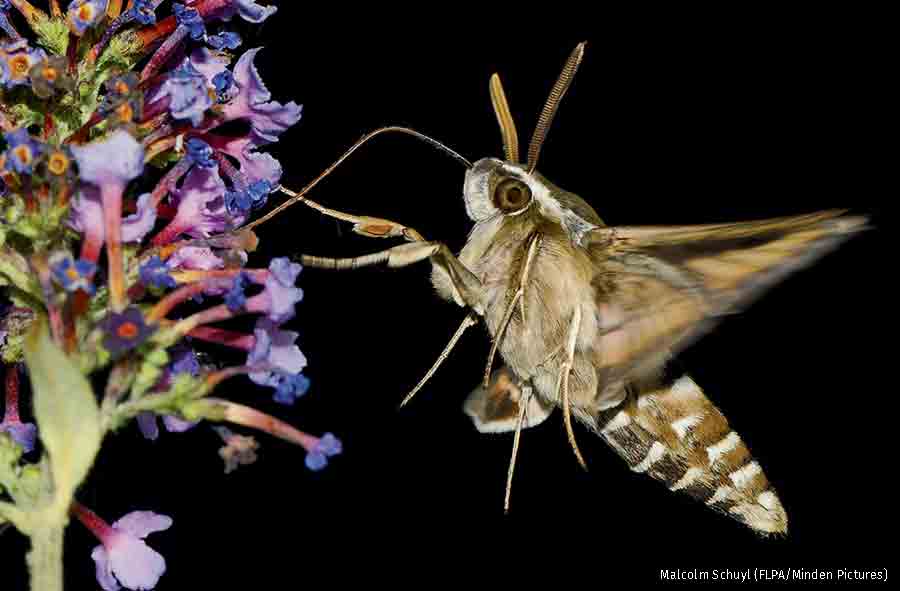 How lights at night affect pollinators

For the first time, scientists have shown that artificial lights at night interfere with the ability of plants to produce seeds and of moths (such as the bedstraw hawk moth, above) and other nocturnal pollinators to gather food. “So far, nocturnal pollinators have been largely neglected in the discussion of the worldwide known pollinator crisis,” says University of Bern ecologist Eva Knop. In extensive field studies conducted in a remote area of Switzerland, Knop and her colleagues used night vision goggles to record visits of more than 300 different insect species to flowers of 60 plant species in dark meadows. Nearby, after illuminating LED lights on poles similar to those used on urban streets in Europe, the scientists found that insect visits to the plants declined by 62 percent. They also discovered that plants exposed to the lights produced fewer fruits than their unlit counterparts. The effects of such light pollution, the scientists explain in Nature, could also affect diurnal pollinators through declines in available food resources. 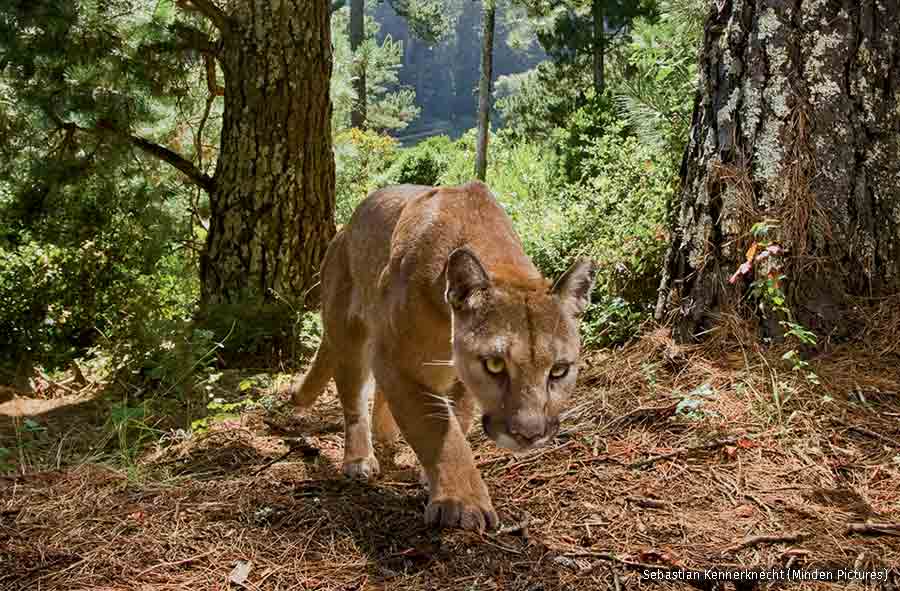 According to recent research by biologists at the University of California–Santa Cruz, mountain lions fear humans as much as we fear them—and our presence in their habitat can seriously affect their feeding behavior, increasing how much prey they kill. To study the animals, the researchers set up motion-activated equipment that played recordings of people talking when the cats approached known feeding sites in the Santa Cruz Mountains. Fully 83 percent of the time, the predators ran away when they heard human voices. The cats also reduced the amount of time they spent feeding by about 50 percent after hearing people, and later had to pursue new prey to get adequate nourishment. “Those behavioral changes are significant, as our previous work has shown that they cause mountain lions to increase their kill rates by 36 percent in areas with high human activity,” writes lead author Justine Smith in the Proceedings of the Royal Society B. The study is the first to experimentally link fear of people to feeding behavior in large carnivores. 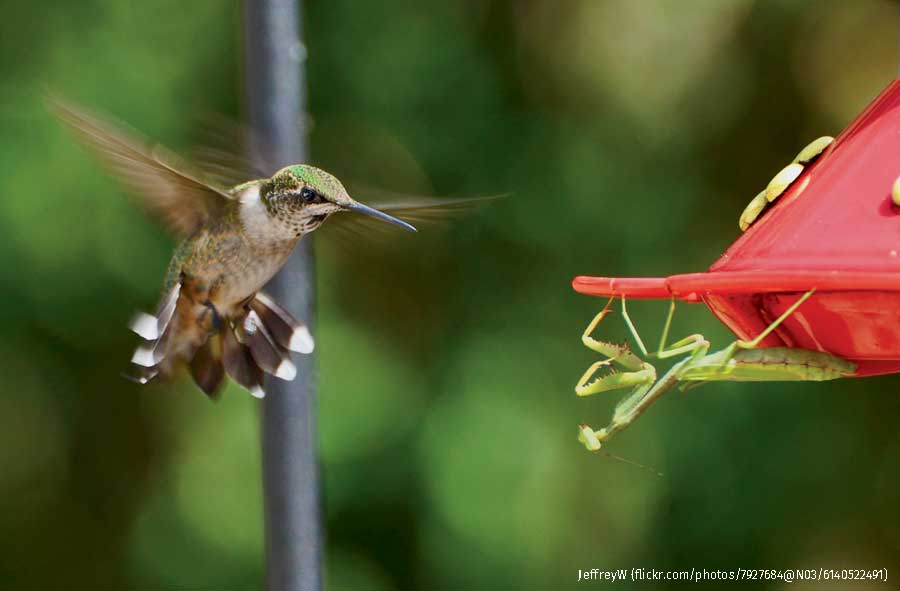 Note to hummers: Beware the mantis

Armed with powerful front legs, praying mantises are voracious carnivores that depend on insects and other arthropods as their primary prey. Now research shows that these opportunistic predators also frequently kill and eat small birds such as ruby-throated hummingbirds (above).

In a systematic review of studies conducted in 13 countries on every continent except Antarctica, a team of Swiss and U.S. researchers uncovered 147 cases of mantises catching 24 different bird species belonging to 14 avian families. Writing in The Wilson Journal of Ornithology, the scientists report that more than 70 percent of those cases were recorded in the United States, where mantises often capture hummingbirds at feeders or at plants pollinated by hummingbirds in residential gardens. “The fact that the eating of birds is so widespread among praying mantises, both taxonomically as well as geographically speaking, is a spectacular discovery,” says University of Basel biologist Martin Nyffeler, the study’s lead author. About 2,300 mantis species range throughout the world—so bird lovers, watch your feeders.