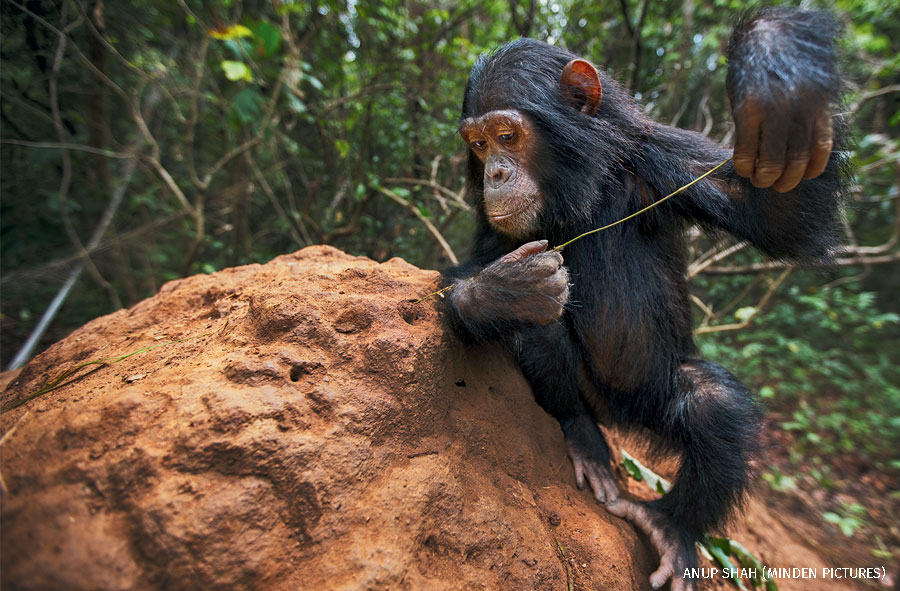 For decades, scientists have been documenting complex skills and customs practiced by wild chimpanzees in Africa that vary from group to group. These include techniques for using tools (such as sticks to “fish” for termites, above) followed by one group of the primates but not another. Now, a major investigation by an international research team concludes that these local cultural traditions are disappearing as human intrusions spread into previously undisturbed chimp habitat, disrupting the animals’ ability to learn from one another.

During a 10-year period, the team ran field studies at 46 locations in 15 countries and compiled additional data on 144 chimp groups, spread throughout the animals’ range. Based on 31 behaviors the scientists examined, they found that behavioral diversity was, on average, reduced by 88 percent in areas where human impact was highest. Writing in Science, the researchers call for “a more integrative approach to conservation.” Says coauthor Hjalmar Kühl of Germany’s Max Planck Institute for Evolutionary Anthropology: “Our findings suggest that strategies for the conservation of biodiversity should be extended to include the protection of animal behavioral diversity as well.” 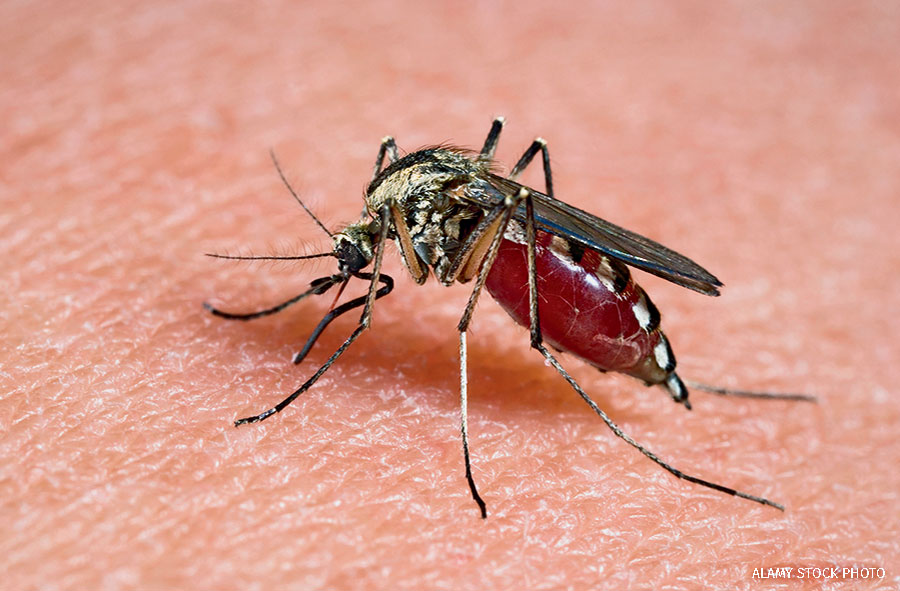 Conventional wisdom says that rainy, wet conditions, along with standing water, lead to more mosquito-borne disease among humans. But a recent study from the University of Cincinnati finds that during extremely dry conditions, the pesky insects actually bite their hosts more often. “We find potentially higher transmission rates of West Nile virus during droughts because dehydrated mosquitoes may use blood meals to replace the water they lose,” says coauthor Elise Didion.

To investigate the effects of dehydration on the insects, the researchers focused their laboratory work on the common house mosquito, Culex pipiens (above). Describing their results in Scientific Reports, they note how infrequently female mosquitoes will pursue a blood meal when the animals have ample water and hydration. “Normally, only 5 or 10 percent of female mosquitoes will feed at any given time, depending on the species,” says senior author Joshua Benoit. By comparison, he says, dehydration triggers as many as 30 percent of the females to seek a blood meal. “Dehydration has a big impact on whether they feed normally or not,” Benoit explains. 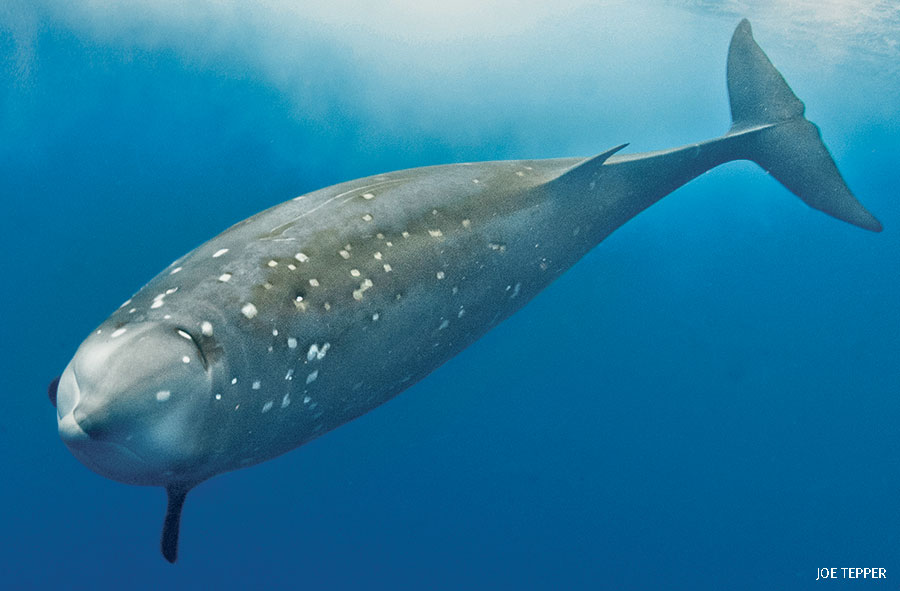 Ecologists from Duke University have confirmed that the Cuvier’s beaked whale (above) is the deepest-diving mammal on Earth. In the first study of this species’ diving behavior in U.S. Atlantic waters, the scientists discovered that the whales regularly descend more than a mile to feed on squid and fish near the ocean floor. During these dives, the cetaceans hold their breath for at least an hour and spend only about two minutes at the surface between dives. “It’s amazing that they can dive to such depths, withstand the pressure and be down there that long,” says lead author Jeanne Shearer.

To study the whales’ diving behavior, the scientists attached satellite-linked tags to several of the animals and, during a two-year period, recorded nearly 6,000 dives in the deep waters off Cape Hatteras, North Carolina. In Royal Society Open Science, the researchers note that the cetaceans dive almost continually with very little recovery time. “Their dives push the limits of mammalian physiology,” Shearer says.

Also known as the goose-beaked whale, Cuvier’s is the most widely distributed beaked-whale species. The animals are found worldwide in deep, offshore waters from tropical to temperate seas—as far north as the Aleutians and Atlantic Canada and as far south as Argentina’s Tierra del Fuego and southern Australia. Adults average about 20 feet in length and weigh roughly 5,500 pounds.