Mammals in our midst; jaws faster than the blink of an eye; how birds see the world 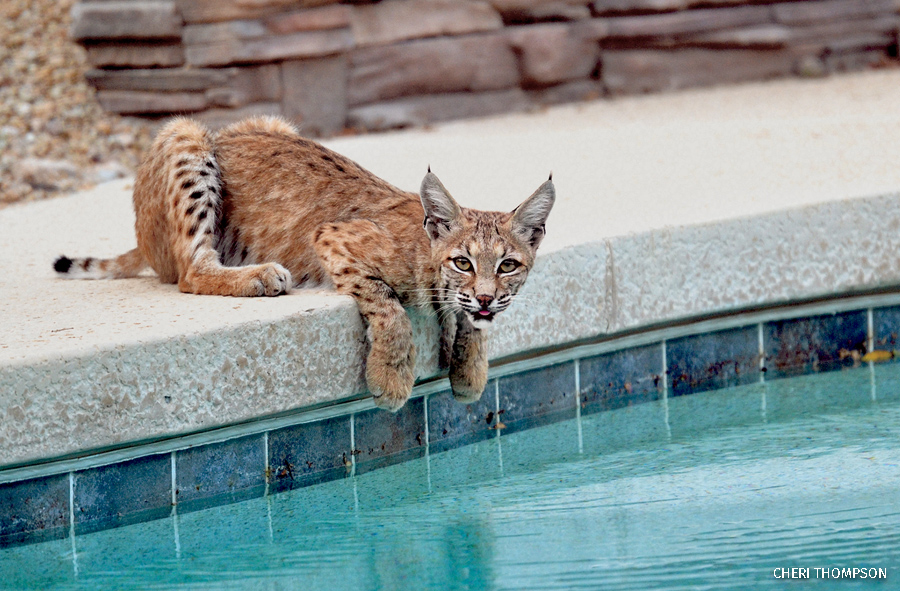 Mammals in our midst

In a large-scale, four-year study, scientists from several U.S. institutions discovered that a surprising variety of wild mammals thrive near humans in two major metropolitan areas: Washington, D.C., and Raleigh, North Carolina. Working with hundreds of volunteers, the researchers deployed more than 1,400 motion-triggered cameras in a range of habitats in both cities—from backyards to large nature preserves—moving them every three weeks to new locations, so sampling took place continuously year-round. “In terms of how many species used them, there wasn’t a significant difference in mammal populations between suburban areas and wild areas, and that surprised us,” says North Carolina State University researcher Arielle Parsons. While many images showed common creatures such as white-tailed deer, some captured unexpected species, including bobcats (above, in Arizona). In all, the cameras photographed 19 mammal species in the two areas. “This is the first time we’ve had the camera trap’s perspective to really compare wild to suburban sites,” the researchers write in eLife. 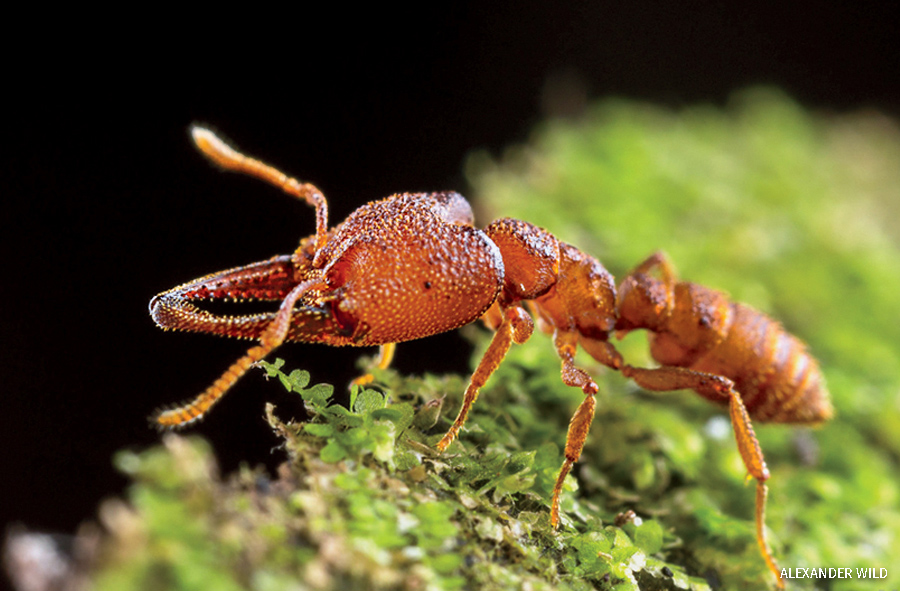 Jaws 5,000 times faster than the blink of an eye

Dracula ants are named for their habit of feeding on the blood of their young. They also, according to a team of U.S. entomologists, can execute the fastest known movement by an animal appendage. Using high-speed cameras under laboratory conditions, the scientists found that one tropical Dracula species, Mystrium camillae (above), snaps its mandibles at speeds exceeding 200 miles per hour—5,000 times faster than the blink of an eye. “The ants use this motion to smack other arthropods,” says University of Illinois entomologist Andrew Suarez. The force of the action, the team reports in Royal Society Open Science, is so great that it can stun or kill prey, which the ants then feed to larvae in their nest.

How birds see the world

Researchers from Sweden’s Lund University have successfully imitated how birds see colors in the wild. Like people, birds’ color vision is based on three primary hues: red, green and blue. However, avian animals also make use of ultraviolet light, which enables them to view the world very differently than do humans.

To recreate how birds see their environment, the scientists built an innovative camera equipped with special filters. They discovered that in situations where humans only see green (above left), for example, birds can see contrasts in dense foliage (above right). “No one knew about this until this study,” coauthor Dan-Eric Nilsson reports in the journal Nature Communications. To birds, the upper sides of leaves appear much lighter in ultraviolet. From below, the leaves look dark. This visual three-dimensional structure in dense foliage, the scientists found, enables the animals to navigate and find food more easily. “We may have the notion that what we see is the reality, but it’s a highly human reality,” says Nilsson. Animals such as birds, he notes, live in different realities.