The beauty of mutual benefits 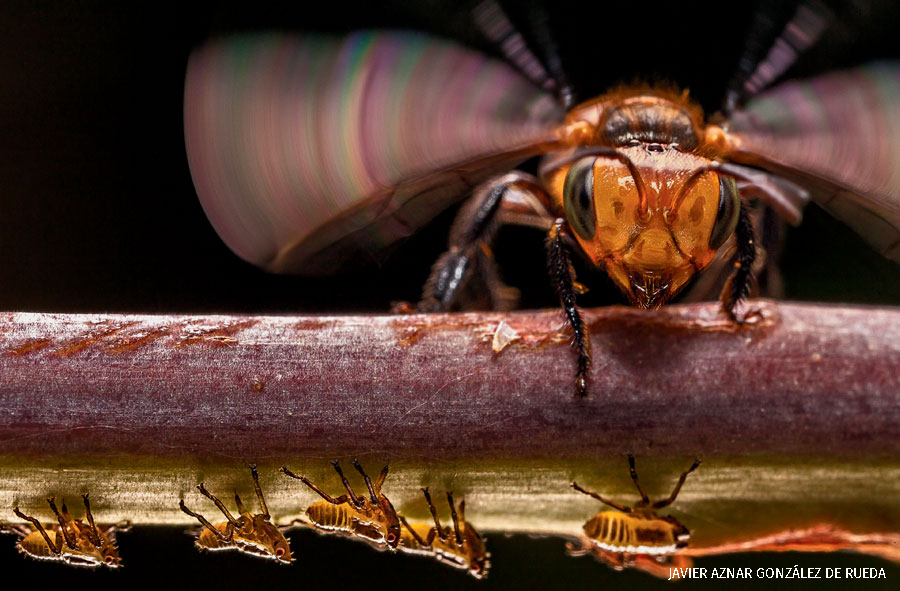 A MINIATURE DRAMA unfolds in the Ecuadorian Amazon as a stingless bee flaps its wings to warn a parade of treehopper nymphs of potential danger (in this case, nearby photographer Javier Aznar González de Rueda). The bee is protective for good reason: After feeding on the sap of plant stems, the nymphs excrete honeydew, a sugary liquid rich in carbohydrates. The bees eat this high-energy fluid, so they carefully protect its source—a beautiful example of mutualism from which both species benefit. 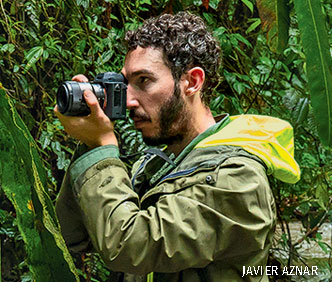 A biologist by training, Javier now photographs insects and other creatures the world over. “When people see this image, and I explain what’s going on,” he says, “they are amazed at how incredible the insect world is.” His hope is to inspire appreciation for lesser-loved animals such as insects, reptiles and amphibians. “They are often misunderstood and hated by people, but they’re some of the most important animals for the healthy functioning of ecosystems,” he says. “I try to change people’s point of view, hoping that some may do some small thing in their daily lives that can help the planet.”