Narwhal's super sonar, shrews shrink, and eating like a bird 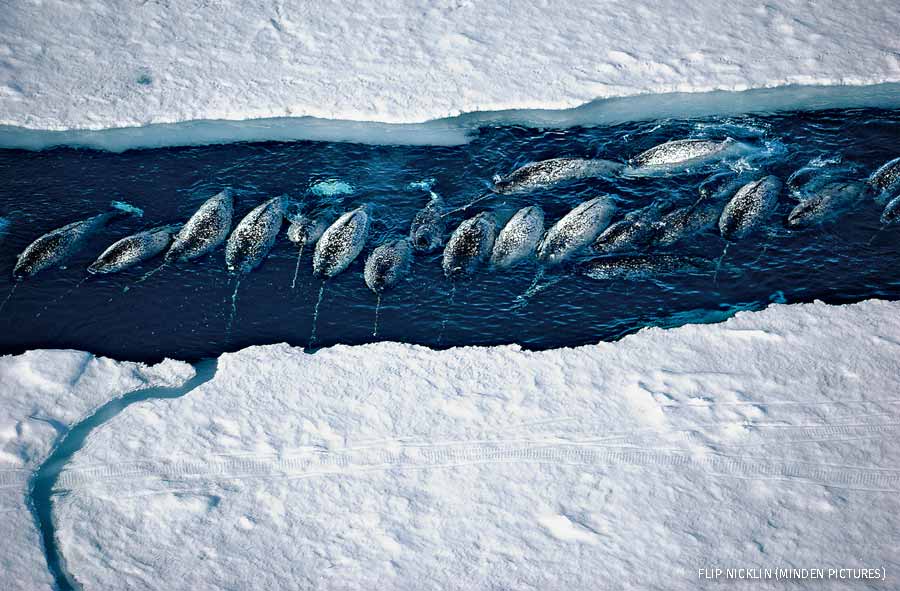 According to a study conducted off the west coast of Greenland, narwhals (above) possess the most powerful directional sonar of any animals on Earth. While other marine mammals use echolocation to navigate, the ability to employ sound to locate objects is especially crucial for deep-diving narwhals, the study authors explain in PLOS ONE. These toothed whales live in Arctic waters that often are covered by ice during winter. Because they repeatedly must swim to the surface for air, the animals need to quickly and precisely detect holes in the ice. “You don’t see open water for miles and miles, and suddenly there’s a small crack, and you’ll see narwhals in it,” says University of Washington ecologist Kristin Laidre, who led the study. To learn how the animals find these openings, the researchers placed hydrophones under ice packs, then tracked the whales’ movements from helicopters. They discovered that narwhals generate as many as 1,000 echolocation clicks per second; some bats, by comparison, can produce roughly 200 clicks per second. Narwhals also can direct their clicks with unequaled accuracy. 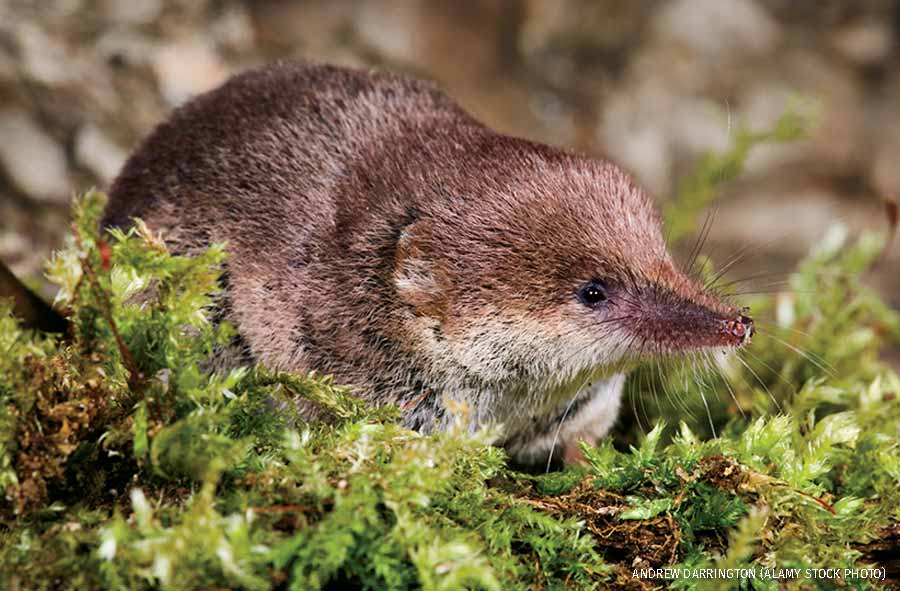 To prepare for winter: shrunken heads

Red-toothed shrews (such as the common shrew, above) get ready for winter in an unusual way: Their skulls shrink as much as 20 percent in size. In spring, the skulls grow back, but to a slightly smaller size. Ecologists at Germany’s Max Planck Institute for Ornithology made those observations after temporarily capturing several shrews at regular intervals over the course of the seasons and taking measurements with x-rays. Reporting in Current Biology, they say they aren’t yet sure how the skulls shrink, but because shrews have such high metabolisms, the scientists theorize that the decrease in size helps the little animals live through times of food scarcity during the cold months. “Reducing head size—and thus brain size—might save energy,” says study coauthor Javier Lazaro, noting that each male and female undergoes this change every winter. In a separate study, the scientists found a similar seasonal change in head size among least weasels, but in that case, only the males’ heads shrank. Despite their rodentlike appearance, shrews are more closely related to moles. 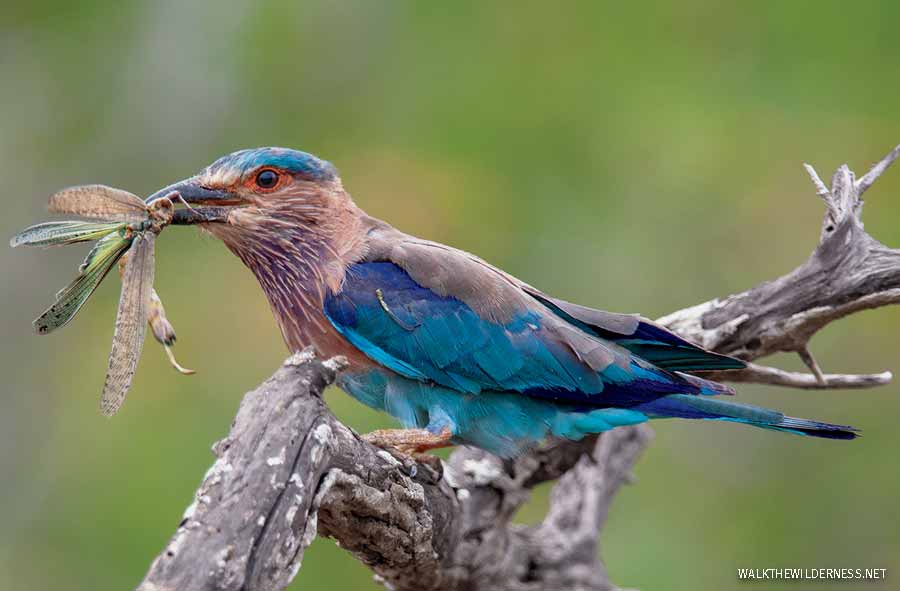 For the first time, scientists have quantified on a global scale the role birds play in controlling populations of caterpillars, aphids and other potentially destructive plant-eating insects. Recent research by a team of international zoologists finds that the planet’s roughly 6,000 insectivorous bird species (such as the Indian roller, above, with grasshopper) eat a whopping 400 to 500 million tons of prey annually—the equivalent of about 20 quadrillion individual bugs. Seventy-five percent of those predations occur in forested areas. The researchers based their conclusions on the results of 103 scientific studies highlighting the volume of prey that insect-eating birds consume in seven of the world’s major ecological communities, or biomes. In The Science of Nature, they say the goal of their research was to increase public awareness of the important ecological roles birds play. “Birds provide many ecosystem services, which by and large are invisible and underappreciated,” says lead author Martin Nyffeler. Quantifying the services feathered insectivores provide, the University of Basel zoologist adds, “is crucial to understanding their importance for ecosystems and for the people who benefit from them.”

Narwhals: Unlikely Partners in the Sea »
The Maiming of the Shrew »
Winging It: Migrating Insects »
Read Last Issue's News of the Wild »