The Little Fox that Could 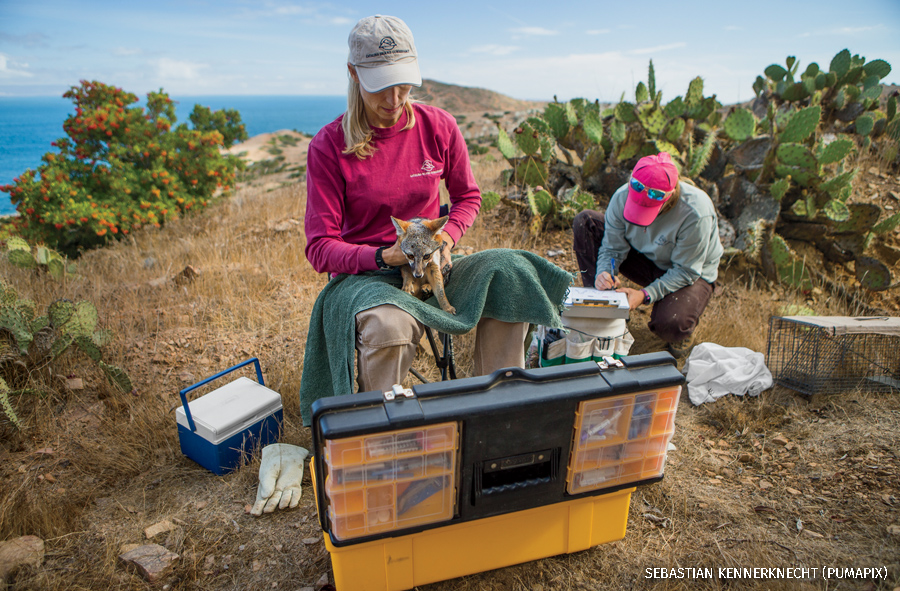 Biologists Julie King (above left) and Rebekah Rudy check a Santa Catalina Island fox. Vaccines against disease are helping members of the species (below) survive.

A small, disgruntled fox stares out at us from the lap of biologist Julie King, who performs a health check, then lowers the animal to the ground. As soon as King loosens her grip, the fox sprints a few feet down the dirt road, then disappears into the tall golden grass of California’s Santa Catalina Island.

This little drama represents one of the greatest—and quickest—conservation success stories in the United States, one made possible by island isolation and human intervention. But it’s a convoluted tale in two parts.

Roughly the size of a hefty house cat, the island fox (Urocyon littoralis) is endemic to six of the eight Channel Islands off California’s coast, each with its own subspecies. In 2004, the U.S. Fish and Wildlife Service (FWS) listed four of those subspecies as endangered—on Santa Cruz, San Miguel, Santa Rosa and Santa Catalina—because of steep population declines. But the reasons for those declines, and the paths to recovery, vary dramatically and illustrate how human actions can have unintended consequences for wildlife, both positive and deadly. 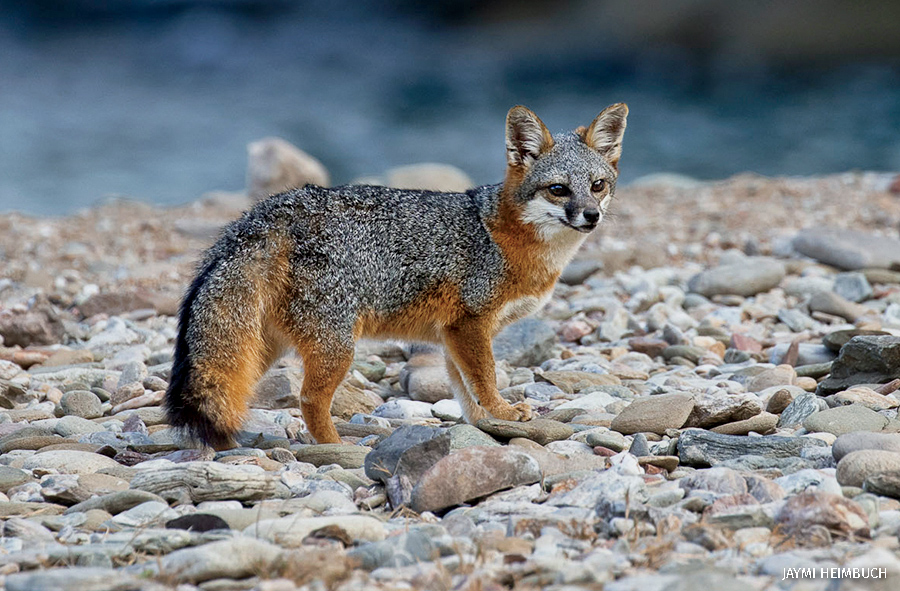 On the northern Channel Islands of Santa Cruz, Santa Rosa and San Miguel, island foxes once coexisted with healthy populations of bald eagles, fish eaters that posed no threat to the canids. But in the 1950s, the pesticide DDT began to weaken the eagles’ egg shells, leading to a crash in the bald eagle population by the 1960s.

On the mainland just northeast of these three islands, Los Padres National Forest is prime habitat for golden eagles, which prey on small mammals. Once bald eagles weren’t around to defend their turf, goldens flew over and took up residence, finding the small island foxes easy prey.

After the 2004 listing, a campaign to trap and relocate golden eagles and reintroduce bald eagles led to a fox rebound. In 2016, after only 12 years, FWS delisted these three northern subspecies, marking the fastest mammal recovery on record. Today, more than 4,000 foxes range across these three northern isles.

In 1999, a stowaway raccoon from the mainland arrived on Catalina by boat, carrying a strain of canine distemper. An island fox contracted the virus, possibly through contact with raccoon scat, and the disease quickly spread like the proverbial plague, killing more than 90 percent of the island’s foxes within only a year.

With only about 100 holdouts remaining, the Santa Catalina Island fox faced a dire situation—and triggered a remarkable recovery effort that continues to this day.

After the 2004 listing, biologists with the Catalina Island Conservancy, a long-established land trust, trapped nearly all the island’s remaining foxes and began a captive breeding program to save the subspecies from extinction. Captive-bred foxes, vaccinated against disease and released to the wild, brought the population up to about 300 animals within a few years. Today, some 2,000 foxes roam Santa Catalina Island.

But the subspecies remains listed. “In order to delist, the cause of listing has to be ameliorated,” says King. Unfortunately, the threat of disease persists—both from canine distemper and from rabies spread by pet dogs and other wildlife, highlighting the risk to a species exposed to any nonnative species with new pathogens. 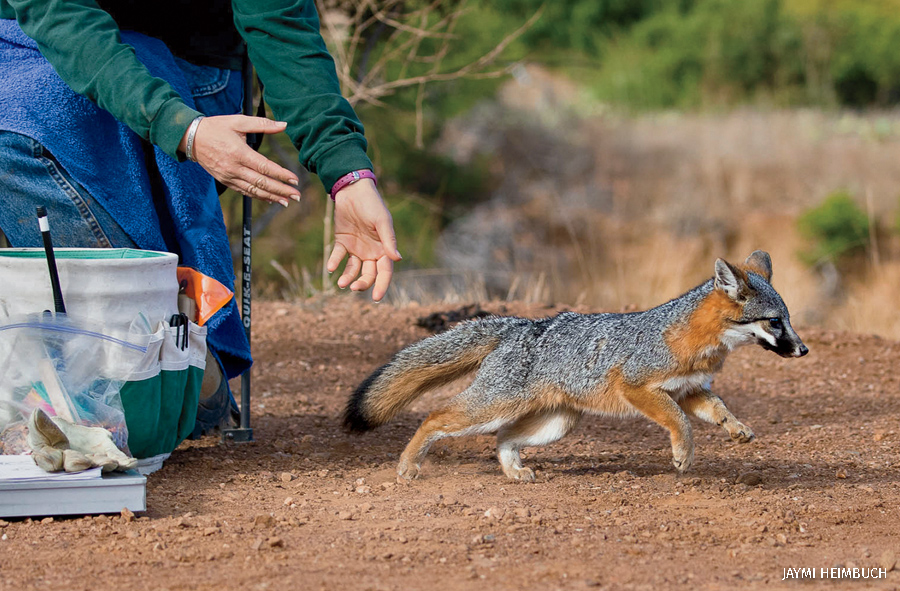 To battle this threat, the conservancy team still traps and vaccinates as many as 300 Santa Catalina Island foxes every year. In addition, they put radio collars on 50 unvaccinated foxes and track them weekly to watch for signs of mortality, which might signal a new disease outbreak that could be proactively addressed.

These steps have been crucial, but dealing with human nature is equally vital if the Santa Catalina Island fox is to survive. “Now there are so many foxes, we are faced with addressing the human dimensions of living with wildlife,” says King. 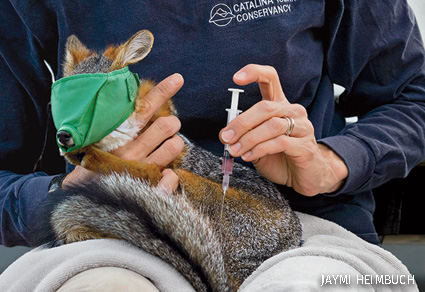 Bold and food-driven, the foxes often raid campsites and trash cans, causing human conflict. Some die from rodenticides. Pet dogs kill up to five foxes a year. And road strikes are the leading cause of death, with 24 roadkill deaths in 2018 alone.

To minimize such risks and teach people about fox conservation, the Conservancy has installed new signage and wildlife-proof trash cans, warns boaters about wildlife stowaways and encourages people to leash their dogs. Many residents applaud such efforts. Says conservancy biologist Emily Hamblen, “It’s pretty much private donations and support from the Conservancy that ensure these animals continue to survive.”

Jaymi Heimbuch wrote about conservation canines in the February–March 2018 issue.