Transforming activism into action for healthy ecosystems and wildlife populations 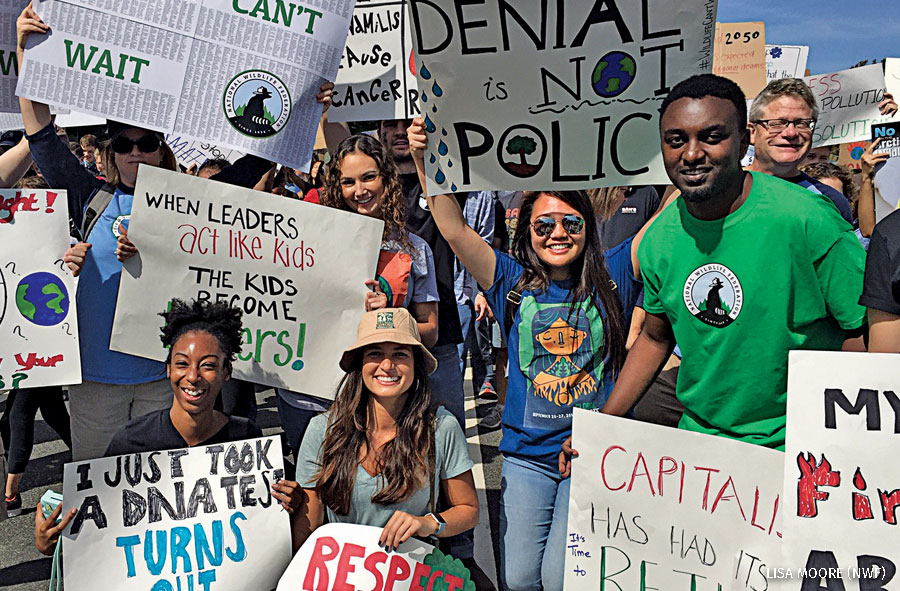 CULTURAL ANTHROPOLOGIST MARGARET MEAD is famously quoted as saying: “Never doubt that a small group of thoughtful, committed citizens can change the world. Indeed, it’s the only thing that ever has.” If she’s right—and I believe she is—imagine the change that could result from millions of committed people, especially youth, all standing up together demanding action on climate change and the wildlife extinction crisis.

I was born nearly a decade after the first Earth Day in 1970, and, with few exceptions, my generation has not seen the same level of sustained civic activism that defined much of the 1960s and 1970s. But that’s changing.

At home and abroad, we’re seeing people speak out and join climate marches. Young people are prompting politicians to reverse anti-science positions and push for climate action. And we’re proud that the National Wildlife Federation and its 52 state and territorial affiliates are fighting with activists for a healthy planet, robust wildlife populations and a sustainable future.

The key is to transform activism into tangible action. Our Federation team is working with politicians from both parties to enact near-term solutions that will cut greenhouse gas emissions and reduce damage from extreme weather events. And we continue to gain co-sponsors in the U.S. House of Representatives for the Recovering America’s Wildlife Act—the most important wildlife legislation in generations—which should soon be up for a vote.

We’re also championing natural climate solutions such as reforestation and restoration of wetlands and grasslands, which provide critical wildlife habitat, improve community resilience and sequester carbon. We’re promoting energy efficiency, clean energy and technologies that reduce pollution. And we’re supporting frontline communities that are experiencing significant climate impacts and the economic consequences of the move away from fossil fuels.

We’re also striving to impress upon more people that wildlife desperately need our help. With recent reports showing more than 1 million species potentially at risk of extinction—and a nearly 30 percent decline in North America’s bird populations since 1970—we have to act now. And we have absolutely no choice but to succeed.