Which is more charming—the bloom or the baby opossum? 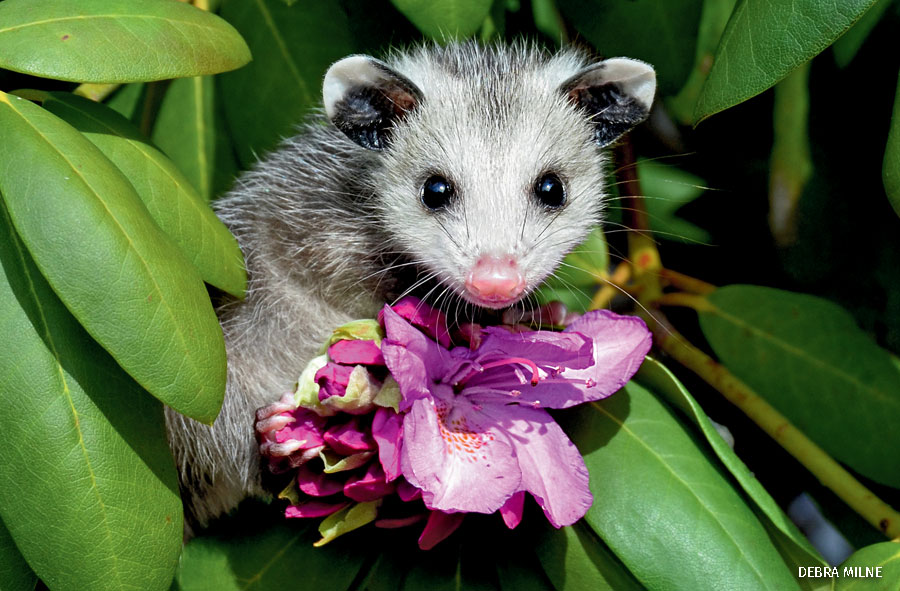 FOR ALL YOU FOLKS who think opossums are just a bit creepy, photographer Debra Milne hopes this shot may help change your mind.

Walking outside her rural Pennsylvania home one summer day, Milne had her lens zoomed in on rhododendron blooms when suddenly something moved. “It startled me,” she says. At first she thought she had spotted a kitten, then realized she was face-to-face with a baby opossum. It froze—a defensive action—which allowed Milne to capture dozens of frames.

A huge wildlife fan, Milne sees opossums regularly around her home and has researched their behavior. “They’re unique—the only marsupial in the United States—and they eat thousands of ticks a year,” she notes. Despite those attributes, “a lot of people think of opossums as ugly, or they’re scared of them,” says Milne. “I hope this gives them a different view and opens their minds a little.”