Working together with Native American Tribes to conserve wildlife 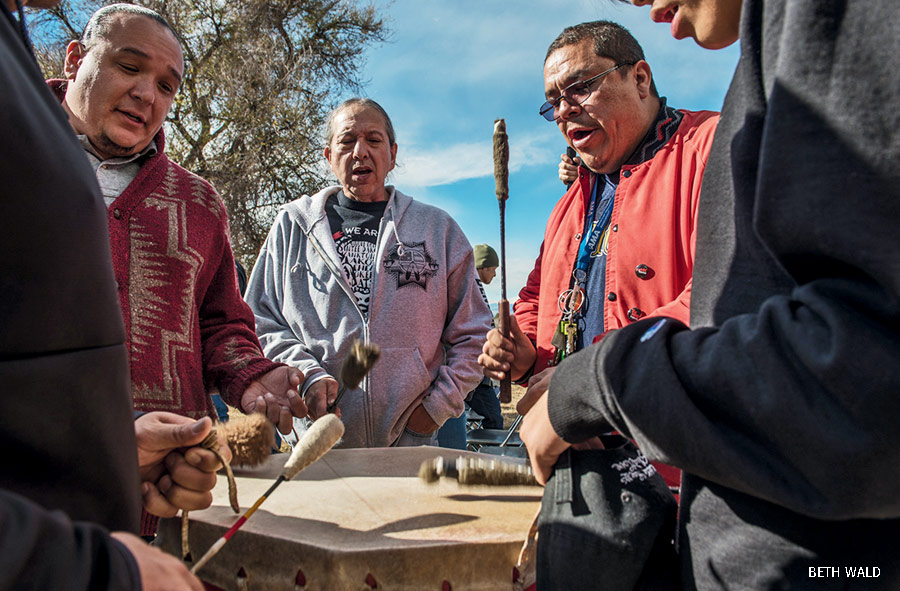 FOR GENERATIONS, INDIGENOUS COMMUNITIES have wisely stewarded natural resources through deep ecological knowledge, culture and practice. The only way we’re going to overcome our unprecedented wildlife and climate challenges is through authentic partnerships with sovereign Tribes and Indigenous communities.

Since the 1980s, the National Wildlife Federation’s Tribal Partnerships Program has joined with Tribes in support of their efforts to reestablish treaty rights, advance conservation priorities, rectify environmental and economic injustices and address inequities and resource needs.

In partnership with the InterTribal Buffalo Council, Eastern Shoshone, Northern Arapaho, Fort Peck Tribes and others, we’re supporting efforts to restore buffalo populations to their historic habitat, including joining the decades-long effort to return management of the National Bison Range to the Confederated Salish and Kootenai Tribes (Coming Full Circle).

The Federation is also standing with sovereign Tribes in some of the most important natural resource battles in the country. The Nez Perce and Yakama are leading the charge to restore imperiled salmon runs of the Snake River. The San Carlos Apache are defending the sacred Chich’il Bildagoteel (Oak Flat) in Arizona. The Bay Mills Indian Community, the Grand Traverse Band of Ottawa and Chippewa Indians, the Little Traverse Bay Bands of Odawa Indians and the Sault Tribe of Chippewa Indians (among others) are fighting to protect the Mackinac Straits from an oil spill that would devastate both Lake Huron and Lake Michigan. Colorado River Tribes are advocating for their water rights in the drought-stricken Southwest, a seat at the table in how the Colorado River is managed and universal access to clean water given that nearly 50 percent of tribal members lack that access.

We’re also working with Tribes on Capitol Hill, from efforts to confirm Secretary of the Interior Deb Haaland—the first Native American to serve in a presidential cabinet—to rectifying inequities that have excluded Tribes from most wildlife funding programs. Thanks to our partnership with the Native American Fish and Wildlife Society and other partners, Congress is on the verge of passing historic levels of funding for tribal wildlife conservation through both the Recovering America’s Wildlife Act and the Tribal Wildlife Corridors Act. Tribal partnerships grounded in trust are essential to ensuring a more-equitable world teeming with wildlife. We hope you’ll join us in this important work.