A Well of Inspiration 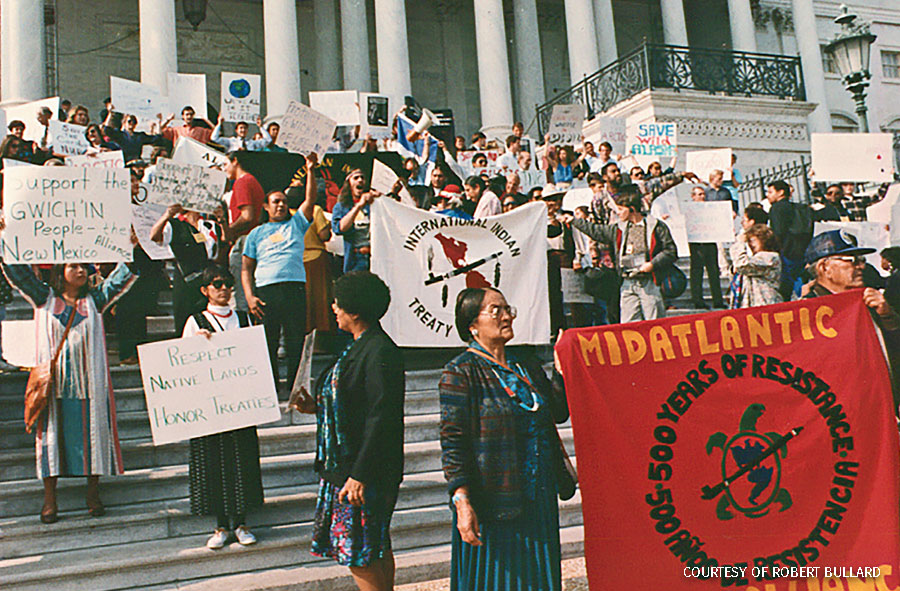 Participants in the First National People of Color Environmental Leadership Summit rally in Washington, D.C., in 1991.

WHERE DO YOU FIND INSPIRATION? It’s a question I’m often asked. This October, I see a well of inspiration in celebrating the 30th anniversary of the First National People of Color Environmental Leadership Summit—and in honoring some of the movement’s early leaders.

Held in Washington, D.C., in October 1991, the summit brought together hundreds of Black, Latinx, Native American, Asian American, Pacific Islanders and others from all 50 states and other countries to affirm their traditional connection to the land and claim their place at the table in the conservation movement.

At the end of the four-day meeting, summit delegates passed “The 17 Principles of Environmental Justice,” a guide “to eradicate environmental racism and bring into being true social justice and self-determination.”

As relevant today as ever, these principles affirm the interdependence of species, the right to be free from ecological destruction, fair access to healthy land and waters and the “ethical, balanced and responsible uses” of land and renewable resources to ensure a sustainable planet.

Environmental justice pioneer and lawyer Deeohn Ferris remembers the summit as “an important catalyst of the internationalization of the movement.” One of very few African American lawyers in the environmental field at the time, she recalls the 1990s as “heady” days, when she played a major role in the campaign that led to President Clinton’s Executive Order 12898, which acknowledged, for the first time, environmental injustices harming communities of color and low-income communities. That early action, says Ferris, was “a critical catalyst for environmental justice progress to date.” 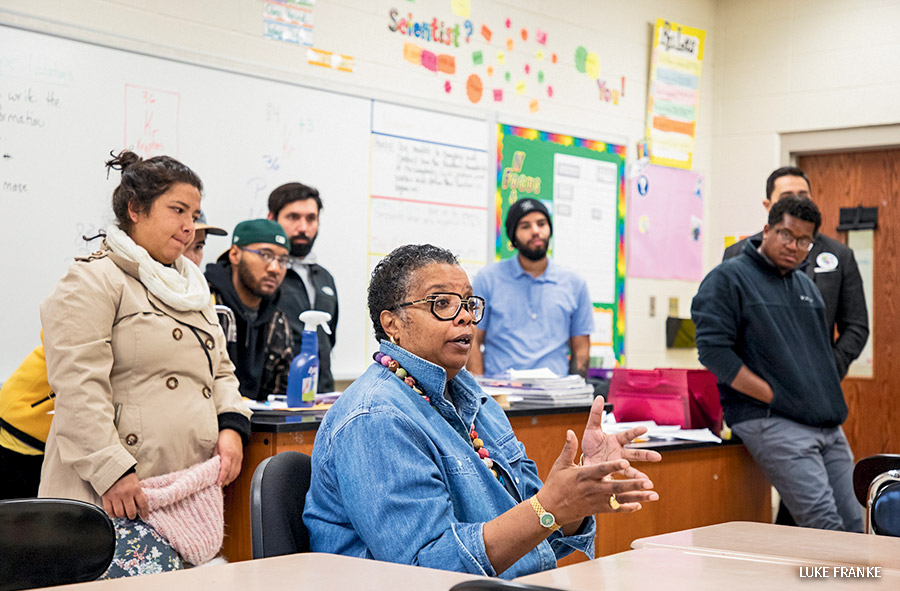 Power rooted in the past

Though Ferris’s early work with the U.S. Environmental Protection Agency (EPA) helped “solidify her avocation for community building,” her passion for environmental justice began as a seed, watered by her mother. “The town dump was in her Sioux City, Iowa, neighborhood,” says Ferris. Redlining—a form of lending discrimination once backed by the U.S. government—effectively isolated communities of color within a fenceline zone of industrial facilities generating environmental hazards. Polluting industries such as hazardous waste dumps, petrochemical plants and trash incinerators were located in low-income neighborhoods and communities of color, often harming the health of area residents.

Such detrimental actions propelled one of the 17 Principles, which states that, for people of color, “environmental justice demands the right to participate as equal partners at every level of decision making, including needs assessment, planning, implementation, enforcement and evaluation” of actions that impact the environment.

For Ferris, this is a canon of her personal and professional approach to elevating issues of environmental justice. Now the president and CEO of the Institute for Sustainable Communities (ISC), she’s the first African American woman to lead a U.S.-based international climate organization—changing the face of a field traditionally dominated by white men.

With a focus on collaboration, equity and inclusion, ISC is now working in 19 U.S. states with 39 community-based organizations, most led by people of color. In Milwaukee, Wisconsin, for example, ISC and the Walnut Way Conservation Corp. began a green infrastructure program in Lindsay Heights, a vibrant African American community of more than 2,700 families. The effort is transforming the area into “neighborhoods of health and prosperity,” says Ferris. 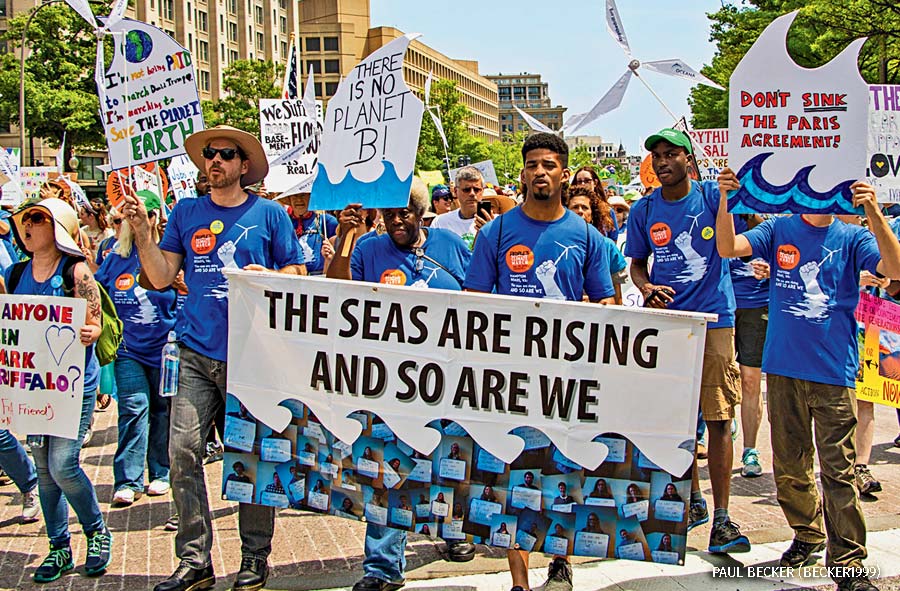 Activists come together for the People’s Climate March in 2017, taking to the streets in Washington, D.C., in support of climate action.

“Together, we can create a world where no one is left behind and all can thrive,” he says. “But we must be intentional about creating authentic collaborative partnerships, uplifting the most vulnerable and honoring all life.”

Because the steps that ensure clean air, water and land for human communities also benefit wildlife, Ali sees NWF’s engagement in environmental justice as fundamental to its conservation mission. Working with many local partners that span the country from Flint, Michigan, to Birmingham, Alabama, NWF collaborates on programs designed to improve air and water quality, adapt to climate change, protect against flooding, increase safe outdoor spaces and more. Here, too, I find inspiration—and hope for our collective future.

Jacqueline Gray Miller is a writer and business owner in Birmingham, Alabama.