How habitats help diversity, hummingbirds' sense of smell and stopping the spread of invasive plants 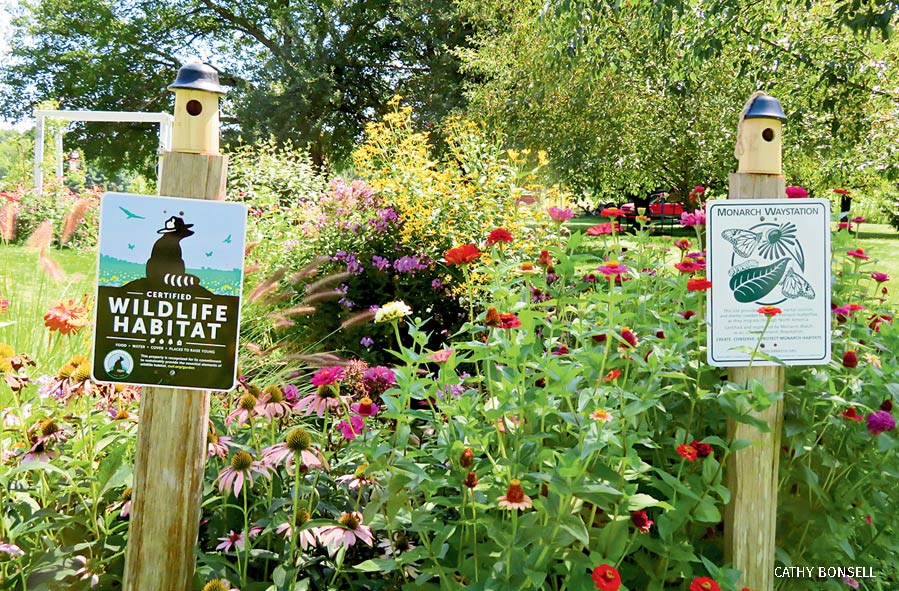 In a study of 157 sites in major metropolitan areas across the country, a team of scientists from several U.S. institutions investigated the value of residential yards as habitat for native wildlife. As one part of the study, the scientists tallied bird diversity in both private yards and parks in six cities with different climates: Baltimore, Boston, Miami, Los Angeles, Phoenix and Minneapolis–St. Paul. Among their conclusions, published in Ecological Applications, the researchers found that properties certified by the National Wildlife Federation’s Garden for Wildlife™ program (above) support a wider variety of bird species than those dominated by lawns and other nonnative landscaping. The scientists say their results suggest that gardening decisions made by property owners have the potential to significantly increase wild bird habitat and bird diversity—not only around their homes but also in their neighborhoods and surrounding areas. “Our study shows that when people landscape with wildlife in mind, they can contribute to conservation right in their own backyards,” says project co-leader and U.S. Forest Service ecologist Susannah Lerman. 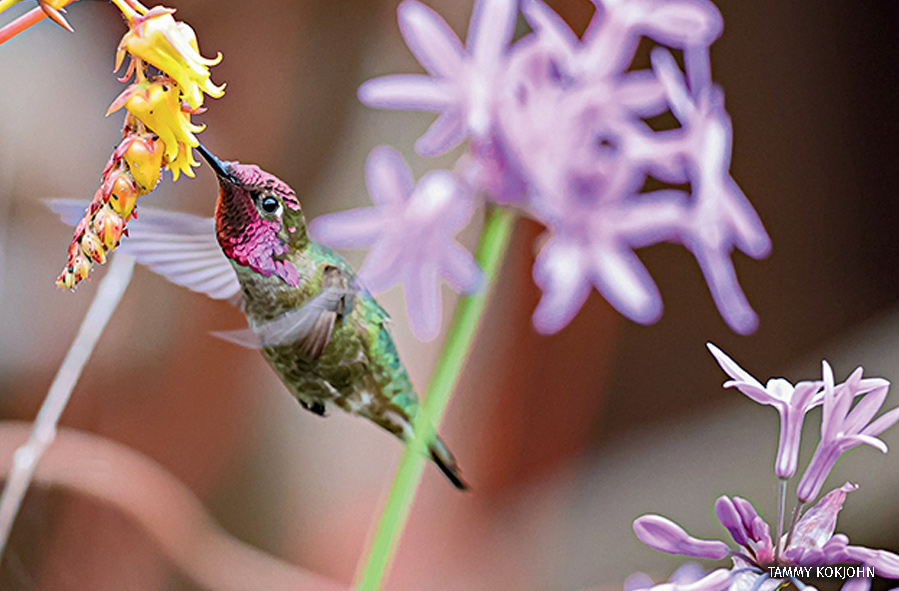 Researchers at the University of California–Riverside (UCR) have refuted the long-standing assumption that hummingbirds do not have a sense of smell. In a landmark investigation of more than 100 hummers both in the wild and in aviaries, they discovered that the tiny birds can detect the scent of perilous insects in a matter of milliseconds—and will immediately fly away. “This is the first clear demonstration of hummingbirds using their sense of smell alone to make foraging decisions and avoid contact with potentially dangerous insects,” says co-author Erin Wilson Rankin, a UCR associate entomology professor. To test the olfactory abilities of Anna’s (above), Costa’s and Allen’s hummingbirds, she and her colleagues offered the animals a choice between feeders filled only with sugar water and sugar-water feeders marked with chemical scents associated with the presence of Argentine and Formica ants and other aggressive species. Reporting in Behavioral Ecology and Sociobiology, the scientists say that while the birds do not use their sense of smell to locate food, they depend on it to avoid danger that may be lurking inside nectar flowers. 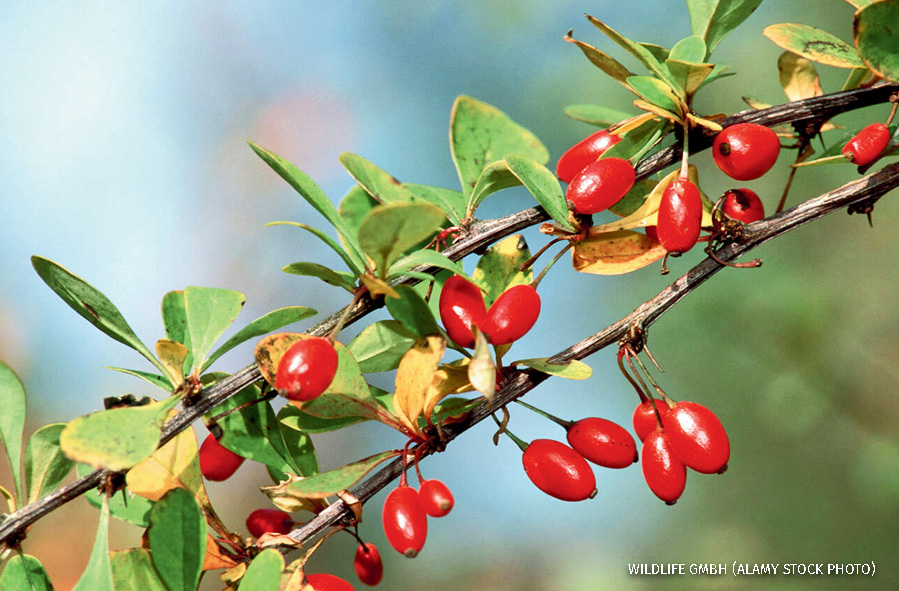 Japanese barberry (above), an ornamental nonnative shrub commonly grown by U.S. homeowners, is known to regularly outcompete native plants and alter natural habitats in the process. Yet according to a study published in Frontiers in Ecology and the Environment, the plant is one of nearly 800 nonnative species U.S. authorities classify as invasive that are for sale at more than 1,300 nurseries and other retailers nationwide. The plant list—based on analyses of nursery databases and other online sources by researchers from the University of Massachusetts–Amherst (UMA)—includes 20 percent of all federally designated noxious weeds, which businesses are prohibited to sell anywhere in the United States. “Even though we’ve learned a lot about nonnative species and why and where they spread, the measures we’ve taken to stop that spread haven’t kept up to speed with how fast we’re moving the plants around,” says co-author and UMA ecologist Evelyn Beaury. While states are responsible for regulating the spread of invasive plants, the researchers say some states have no effective policies in place. Japanese barberry, for instance, is regulated only in about 10 states but it is for sale in 28.