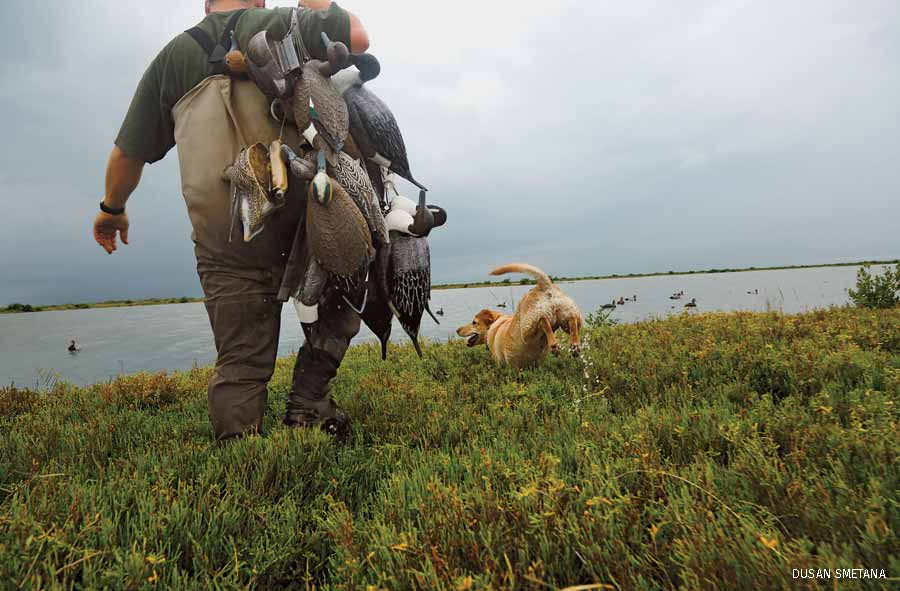 Water hyacinth (below) is one of scores of invasive species challenging hunters (such as this duck hunter in Texas) and other outdoor recreationists.

DUKE TOOK OFF RUNNING. His task: to retrieve the duck his owner had just shot. But the Louisiana pond where the bird landed was topped by a thick mat of water hyacinth, an invasive plant from South America, and the lab quickly got entangled. “I wondered if I’d have to fetch my own duck,” recalls hunter Mike Carloss, “and rescue my dog at the same time.”

Anyone slogging through a Louisiana wetland these days will likely grapple with water hyacinth or , another much-maligned South American species. Both have spread wildly through southern states. “It’s brutal stuff to walk through, and pushing a boat through [the plants] is my idea of hell,” says Ducks Unlimited Chief Scientist Tom Moorman. These invasives also shade out submerged vegetation that ducks and young fish rely on, he says, and as shallow-water habitat disappears, so do waterfowl. 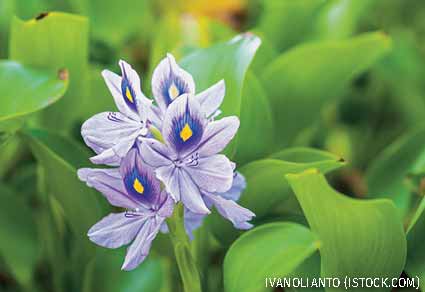 From coast to coast, thousands more invasive species are transforming ecosystems along with human experiences in nature. Across the Mid-Atlantic, nonnative ticks are bringing pathogens from afar into parks and other popular outdoor spaces. Eurasian mussels are clogging boat engines and disrupting fisheries in the Great Lakes. Parasite-carrying European snails are killing beloved scaup ducks in the Mississippi River. And Eurasian cheatgrass is supplanting sagebrush across the West, hindering hikers, reducing biodiversity sought by wildlife watchers and contributing to the decline of mule deer, the region’s top-hunted animal.

As nature suffers, so do economies that rely on outdoor recreation. According to the U.S. Department of Commerce, the industry contributed $412 billion in 2018 as more than 102 million Americans over age 16 fished, hunted, bird-watched or engaged in other wildlife-related activities—spending nearly $160 billion on travel, gear and fees. Infested states, meanwhile, claim hundreds of millions in losses, which trickle down to local businesses. Take the decline of mule deer. “The deer hunt was once a major economic driver rurally in Nevada, Utah and Colorado,” says Miles Moretti of the Mule Deer Foundation. “That’s changed, with sometimes huge financial losses for gas stations, hotels and restaurants that used to rely on that hunt.”

Aquatic invasives can be particularly pernicious. Consider the Great Lakes, which suffer more than 180 nonnative species. Many, including zebra and quagga mussels, were introduced when Eurasian cargo ships released ballast water at U.S. ports. The animals—which now cover lake bottoms, boat hulls, piers and beaches—have transformed an ecosystem that supports commercial and sports fisheries estimated to be worth $7 billion. The mussels’ filter-feeding habits may have made lake waters clearer, but their sharp shells impede beach use, and “invasive mussels reduce nutrients and eat phytoplankton,” says Bo Bunnell of the U.S. Geological Survey, “which leaves less energy at the top of the food web” to support big fish like salmon while fouling spawning grounds of other angler favorites such as lake trout. “At one point there were more sport-caught Chinook salmon on Lake Michigan than anywhere in world,” says Denny Grinold, a charter-boat captain for 35 years. “Today we get 70 percent fewer fish than in 2012.” 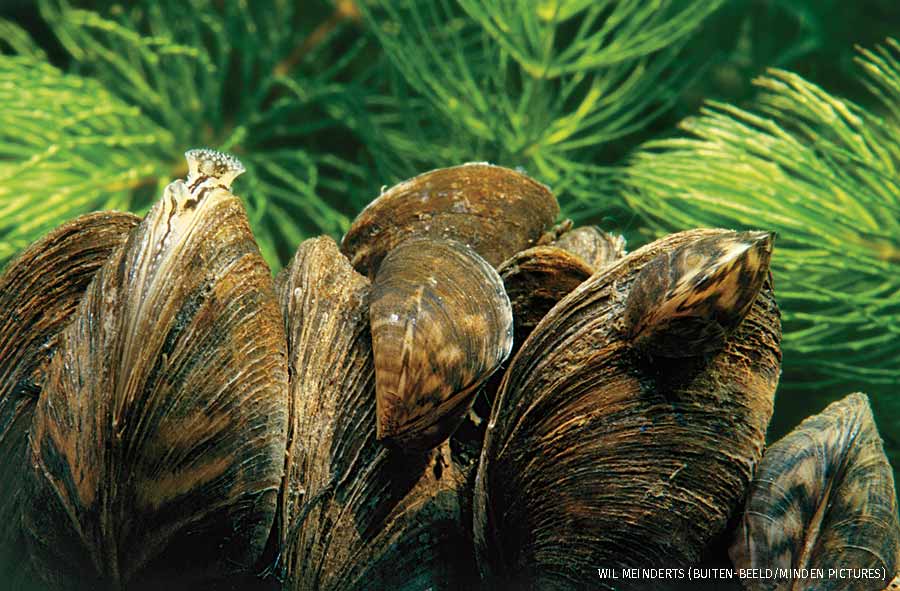 Invasive zebra mussels have made Great Lakes waters clearer, but they’ve decreased the Chinook salmon catch for anglers like this lone fisherman (below) on a pier along Lake Michigan.

“All hands on deck”

When it comes to invasive species, “everyone has a stake, and everyone shares responsibility,” says Aaron Kindle, manager of the National Wildlife Federation’s Western Sportsmen’s Campaign. Once these species enter the country through trade and travel, “there’s a lot of unintentional movement by regular people,” adds Leigh Greenwood, director of The Nature Conservancy’s Forest Health Program. “By transporting firewood, riding a bike on a trail, even moving across country with your lawn chairs and garden gnomes, you could accidentally spread something incredibly destructive.” From their wet boat rigging to muddy tires, boots and dogs, nature lovers unwittingly can be the most egregious vectors. “That’s why it has to be all hands on deck to combat the problem,” Kindle says.

Luckily, many hands already are on deck. Most state and national parks now promote boat-disinfecting campaigns to fight waterway cross contamination, and some require boat inspections. Similar codes ask users to clean boots, tents and other gear on site. “The rules do impact the freedom of recreationists: You can’t just willy-nilly hop from lake to lake to catch the sunset,” says National Oceanic and Atmospheric Administration biologist Ashley Elgin. “But we need that kind of vigilance.” 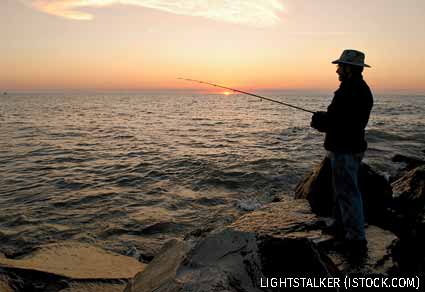 Most recreationists seem game to boost protective efforts. “I’ve never heard anglers grumble about cleaning or paying extra” related to invasive species, says Kindle. “The only complaint I hear is that we aren’t doing enough to solve the problem.”

Indeed, with so much at stake, education campaigns and protective measures are multiplying across the country. Outdoor enthusiasts “aren’t simply going to give up their sports” because of these trespassers, says Kindle. Instead, many realize that playing in nature today has big-picture consequences—and requires scrubbing boots, boats and even the family dog before moving on.