As tick season approaches, consider tips to thwart the parasites without harming wildlife. 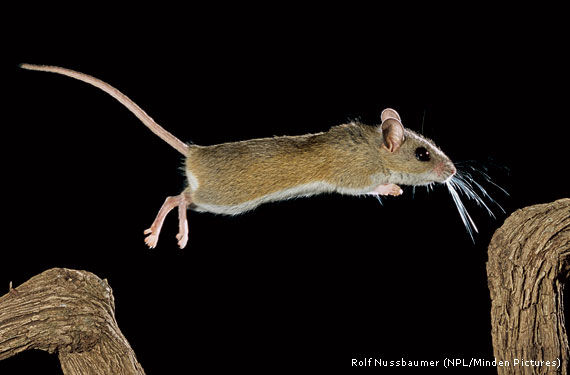 A ubiquitous garden visitor, the white-footed mouse is a primary reservoir of the bacteria that cause Lyme disease. After feeding on an infected mouse, the tiny black-legged tick (below) can pass the disease to humans—contributing to a growing epidemic.

THE POLLINATOR BORDERS I’ve created around my house in the coastal woodlands of Shelter Island, New York, are a refuge for native bees, butterflies and hummingbirds. They’re also irresistible to ticks—as I learned the hard way.

In 2009, my husband landed in the emergency room with what our doctor called “the trifecta of tick diseases” in our area—Lyme disease, babesiosis and ehrlichiosis. With aches, fever and other symptoms, he spent a month flat on his back taking large doses of antibiotics. He was on the mend, only to contract Lyme disease two more times since then.

The experience forced us to face a dilemma: Would we have to douse our landscape with synthetic pesticides, which are highly effective at killing ticks but lethal to nontarget creatures such as the pollinators we’ve worked so hard to nurture? Or is it possible to control ticks effectively with less toxic measures? I decided to find out—and discovered a tick epidemic.

According to the Centers for Disease Control and Prevention (CDC), the incidence of tick-borne diseases is soaring, with Lyme disease alone infecting an estimated 300,000 Americans each year. Unlike my husband, who recovered after prompt treatment, as many as 20 percent of those infected develop serious chronic symptoms, from crippling joint pain to heart problems. 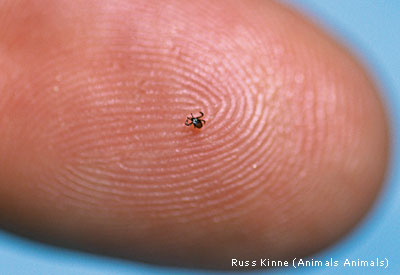 This surge in Lyme disease is related in part to climate: Ticks are expanding their ranges as warming temperatures open new habitat niches, and scientists continue to identify “novel and emerging” tick-related ailments such as the Heartland virus in Missouri and Tennessee and the Powassan virus, mainly reported in the Northeast and Great Lakes.

No region of the nation is immune. You don’t even have to leave home to have an encounter with the blood-sucking parasites. The CDC says three-quarters of Lyme disease cases diagnosed annually are caused by ticks from residential properties. Most ticks live in wooded or grassy areas and arrive in yards by hitchhiking on mammal, bird and reptile hosts. It’s enough to make a wildlife gardener’s skin crawl—literally.

Technically arachnids like spiders and scorpions, ticks feed by inserting their specialized piercing mouthparts into the skin, avoiding detection by employing an arsenal of chemicals including painkillers and antihistamines. Once in, infected ticks pass disease pathogens into the bloodstreams of their human and wildlife hosts.

The tiny black-legged, or deer, tick behind the Lyme epidemic is the most studied species. Its life stages include egg, six-legged larva, eight-legged nymph and adult. After hatching, it must eat blood in each phase to survive, often from different hosts, many of them animals we’re thrilled to see in our yards, from birds to foxes. For this reason, “controlling ticks while encouraging wildlife is sort of a Catch-22,” says Kirby Stafford, chief entomologist at the Connecticut Agricultural Experiment Station.

Stafford has found a direct link between the abundance of black-legged ticks and the number of white-tailed deer, a host whose populations have exploded with post-war suburbanization and predator loss. Although deer get most of the blame for the Lyme epidemic, the most important players in the disease cycle are white-footed mice and chipmunks, which are the “reservoirs” or carriers of the Lyme pathogens that infect ticks that drink their blood. 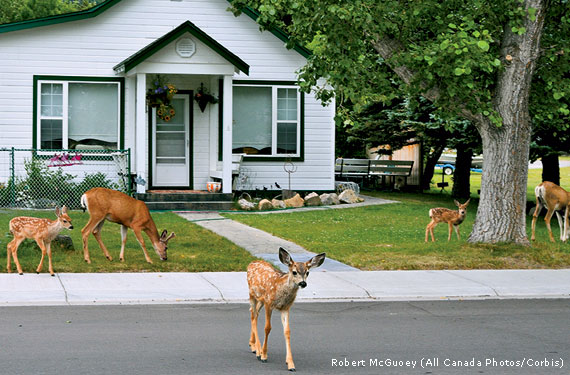 Research by Richard Ostfeld, disease ecologist at the Cary Institute for Ecosystem Studies in New York, has also linked the prevalence of black-legged ticks with habitat fragmentation and biodiversity loss. Intact landscapes support a diversity of animals, from owls (which eat rodents) to opossums, which, through diligent grooming, kill more than 90 percent of the ticks that feed on them, making opossums “unsung heroes” of Lyme disease, says Ostfeld.

Controlling ticks in areas overrun by them without resorting to synthetic pesticides such as pyrethroids and carbaryl “is possible,” says Ostfeld, “but I would say it’s gonna be tough.”

Some solutions once hailed as natural panaceas for tick-plagued landscapes have proved ineffective. The tick-eating helmeted guineafowl was once considered a tick exterminator extraordinaire, but studies have shown that the birds do not significantly reduce the density of tick nymphs, the culprits behind most human cases of disease, because nymphs are about the size of a pinhead and go undetected. Likewise, botanical oils such as cedar and rosemary oils have shown promise as tick deterrents in the lab and are available as personal repellents and landscape sprays, but there’s no scientific evidence that they are effective in the field.

So what does work? For wildlife gardeners committed to a least-toxic approach, common-sense actions are key to effective tick control (see tips below). How far to go depends on your risk of exposure to the pests. Still, controlling ticks is tricky. “If it were an easy problem,” says Ostfeld, “we would have solved it already.”

These few simple steps may help you thwart ticks—and reduce your exposure to disease—without harming wildlife or your carefully cultivated native plants.

Dress for safety: When gardening, wear light-colored clothes to make it easier to spot ticks. Tuck pants into socks and a long-sleeved shirt into pants and gloves.

Zone defense: Divide your property into tick-safe and wildlife zones. Keep patios and play areas away from woodland edges and tall grass. Minimize ornamental plantings where ticks can lurk. Keep brush and woodpiles, which provide shelter for mice and chipmunks, away from your house. Use fencing or natural repellents to keep deer (above) out of your yard.

Treat carriers: Products that apply pesticide directly onto hosts can reduce the number of ticks on your property without harming either hosts or nontarget species such as pollinators. For example, some bait boxes are designed to brush a small amount of fipronil—often used to kill ticks on pets—onto mice and chipmunks that move through the boxes unharmed.

Targeted biocontrol: Though pesticide-free gardening should always be the goal, people with serious tick problems may want to consider limited use of the new biopesticide Met52. Containing live spores of the native fungus Metarhizium anisopliae, it is lethal to ticks but nontoxic to bees and birds. After two years of testing in residential landscapes, entomologist Kirby Stafford has found that, when used in conjunction with the rodent- treatment boxes, spraying Met52 in late spring and early summer to kill tick nymphs has reduced the abundance of black-legged ticks by more than 78 percent—a rate approaching that achieved by synthetic pesticides.

Make Your Yard a Spray-Free Zone »
Give Opossums a Break: Why it makes sense to make way for opossums in your garden »
NWF Report: Summer Pests like Ticks Worsened by Climate Change »