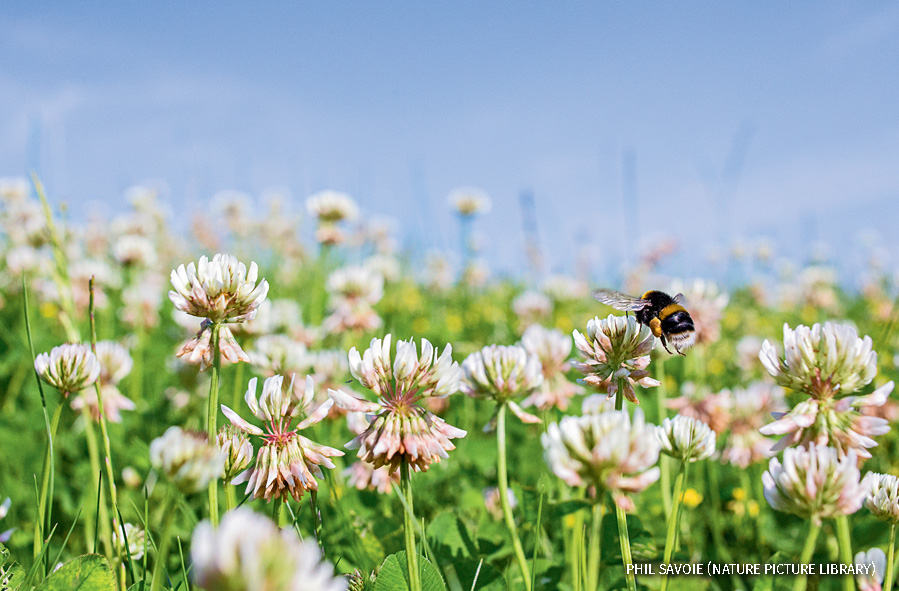 WHEN SUSANNAH LERMAN, AN ECOLOGIST with the U.S. Forest Service, surveyed 17 residential lawns in Springfield, Massachusetts, eight years ago, she documented a remarkable 111 species of bees—slightly more than a quarter of all bee species in the state. Unlike traditional suburban lawns, however, most in her study were not mowed weekly, which allowed clover, violets and other nectar- and pollen-producing flowers to sprout up amidst the grasses. “We found that lawns mowed every two weeks had the most bees,” she says. “I call it the lazy-mower approach to creating a pollinator garden.” 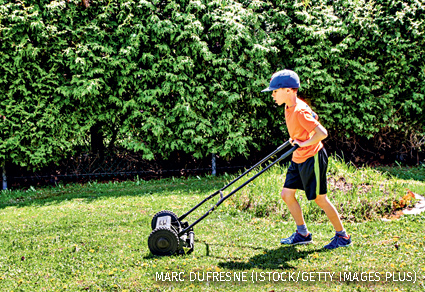 Mizejewski also suggests changing your mowing practices. Use a carbon-neutral push mower or a mulching mower that chops grass clippings and returns them to the ground to enrich the soil. “Whatever you do,” he says, “don’t put your grass clippings in plastic bags and send them to a landfill” where they will not decompose.

In addition, consider replacing traditional turf grasses with native grasses or sedges. Indigenous to the Midwest and the Great Plains, buffalograss, for example, is an excellent choice for drought-prone areas. It also provides habitat for beneficial insects such as parasitic wasps and predatory mites, and it is a larval host plant for green skipper butterflies. Native sedges, which look like grasses, are another option, especially in low-traffic areas. Several varieties are host plants for skippers and other small butterflies.

No matter what grass you plant, pay attention to how often you mow, says Lerman. She notes that “No Mow May,” first popularized in England, has caught on in a number of communities in the United States and Canada. By not mowing for an entire month in spring when few flowers are blooming in urban areas, homeowners’ lawns can provide vital food for bees, butterflies and other insects. “Not everyone has the time or the money or the ability to plant a pollinator garden,” says Lerman. “But mowing less can give people an opportunity to create some wildlife habitat in their own yards.”

Doreen Cubie is a regular contributor.