When federal agencies created public land grazing allotments more than a century ago, they were permitted almost anywhere grass was available. But as conservation on public lands evolved, the need to weigh and balance competing uses increased. This became more acute as Congress passed new laws dealing with multiple-use, conservation of watersheds, and protection of endangered species.

In situations where conflicts between livestock and wildlife are prolonged and intractable, the National Wildlife Federation believes that grazing retirements represent an equitable solution for livestock and wildlife interests. In coordination with federal land managers, the National Wildlife Federation negotiates with livestock producers to retire livestock grazing allotments on public lands that experience chronic conflict with wildlife, especially wolves, grizzly bears, bison, and bighorn sheep. This market approach recognizes the economic value of livestock grazing permits and fairly compensates producers for retiring their leases. This approach establishes an important new national model for resolving conflicts between livestock and wildlife.

Conflicts between livestock and wildlife on public lands have been ongoing for several decades. The tactic favored by many environmental groups has been to try and compel federal agencies to administratively cancel troublesome leases. This has generated a great deal of controversy, but only a small amount of change. We believe the approach fails because it doesn’t recognize that grazing leases have economic value. Ranchers frequently sell these permits to one another, and banks even loan money based on their value. So it’s understandable that taking away a lease without compensation causes so much controversy and ill will.

The National Wildlife Federation does not seek to remove all livestock grazing from public lands. We are only concerned about allotments that have prolonged and seemingly irresolvable conflicts with wildlife. Typically such situations make it difficult for a producer to profitably run livestock, so it’s not surprising that permittees who graze “conflict” allotments are willing to consider retirement. In exchange for retirement, the National Wildlife Federation provides the producer with a payment that is sufficient to procure new grazing of equal or higher quality, in an area without similar conflicts.

A market approach to changing grazing patterns can turn opponents into partners and provide a positive solution to chronic conflicts between livestock and large carnivores. We believe this grazing retirement approach can provide a new conservation model that reduces litigation, sustains agriculture, and reconfigures grazing to locations where it is compatible and sustainable.

Agreements to retire grazing allotments are strictly voluntary. The National Wildlife Federation contacts ranchers who hold leases on allotments that are on our priority list for retirement. If the rancher is interested, we negotiate a price. We base the value for retiring the allotment on the amount of forage available on the allotment. Since ranchers routinely buy and sell grazing allotments, a market has been created. The National Wildlife Federation typically pays a small premium over the price ranchers sell allotments to each other. 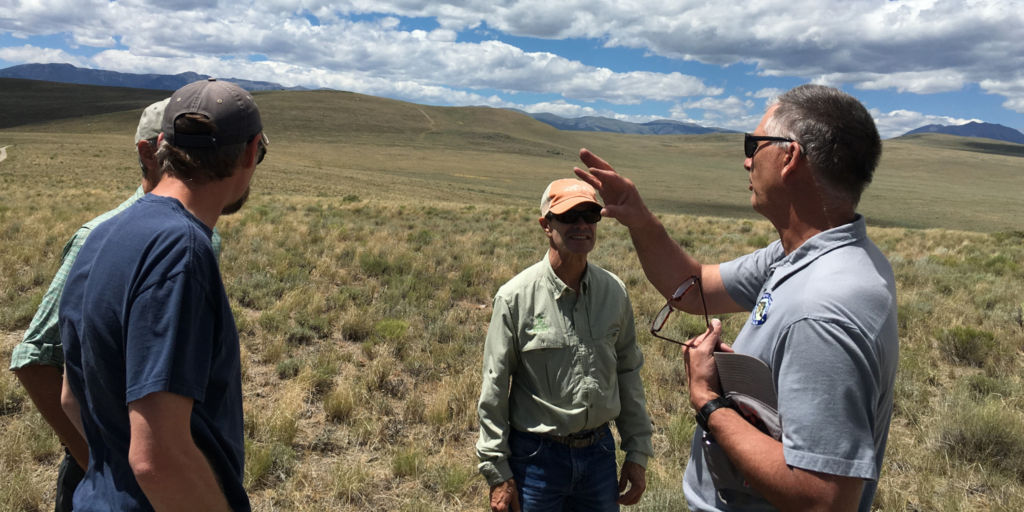 Once we have an agreement with the rancher, we approach the land management agency (The U.S. Forest Service, Bureau of Land Management, or U.S. Fish & Wildlife Service) and make sure they are willing to permanently close the allotment if the rancher gives up the permit. This is simplified when agencies have direction in their management plans to retire grazing allotments in situations where there is a known conflict between livestock and wildlife.

Grazing retirements typically are finalized with a three-way transaction:

Details of the Program

Our first step was to establish priorities for livestock grazing retirements. We asked leading scientists, wildlife managers, and conservation experts in the region how to do that. These experts suggested that:

Interested in contributing? Find out how you can help!