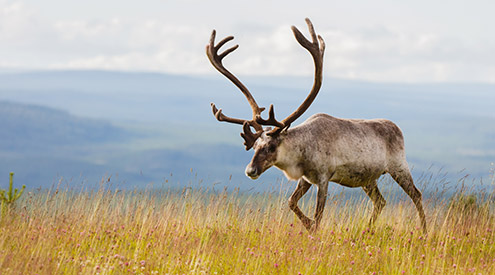 “Alaska’s unparalleled Arctic National Wildlife Refuge provides pristine habitat for iconic caribou, polar bear, wolves, musk ox, and waterfowl,” said Collin O’Mara, president and CEO of the National Wildlife Federation. “Unfortunately, this sham environmental impact statement ignores the overwhelming scientific evidence that demonstrates the unprecedented risks to wildlife that would result from drilling in the Coastal Plain. Alaskans, tribes and conservationists all agree that this is the wrong approach in the wrong place and pushes the envelope far beyond the Last Frontier of reason.”

Located in the northeast corner of Alaska, the 19.6-million-acre Arctic National Wildlife Refuge is home to more than 200 bird species, which migrate to the refuge to breed in the summer. As many as 300,000 snow geese visit the coastal plain each fall to feed on the tundra. Other wildlife travelers on the Arctic Refuge include the 130,000-member porcupine caribou herd. Each spring, the herd migrates more than 1,400 miles across Canada and Alaska to calve in the refuge's coastal plain. The Gwich’in people call the area home and have lived for 20,000 years among the Caribou.

Congress revoked the more than three-decade-old prohibition on oil and gas drilling in the 2017 tax bill but required a full environmental review be conducted before the Department of Interior proceed with allowing any extractive activities.