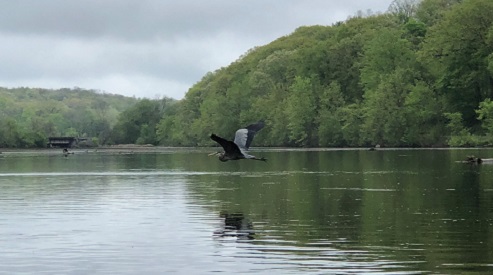 WASHINGTON, D.C. — The overwhelming bipartisan support in the U.S. Senate for America’s Conservation Enhancement (ACE) Act is a tremendous win for America’s wildlife and sporting traditions. Championed by Senators John Barrasso (R-Wyo.), Tom Carper (D-Del.), and Martin Heinrich (D-N.M.), the bill invests in wetlands, fisheries, Chronic Wasting Disease research, and habitat restoration projects in the Chesapeake Bay and throughout the country. The U.S. House of Representatives should quickly follow suit and pass this important legislation so it can be signed into law.

“It’s no secret that our wildlife populations are stressed with a third of all species at risk of extinction. This act will restore wildlife habitat, encourage partnerships with state and tribal leaders for wildlife and disease management, and promote coexistence with wildlife on working lands,” said Mike Leahy, director of wildlife, hunting, and fishing policy at the National Wildlife Federation. “This is good news for all Americans who enjoy outdoor recreation, particularly our sportsmen and women.”

“At a time when our nation is divided over so many issues, this bill shows once again that Americans come together over concerns about wildlife, public lands, and conservation,” said Jesse Deubel, executive director of the New Mexico Wildlife Federation. “This common-sense bill will help wildlife and fish populations flourish through better management practices, habitat restoration, and disease research.”

Key provisions of the ACE Act include: