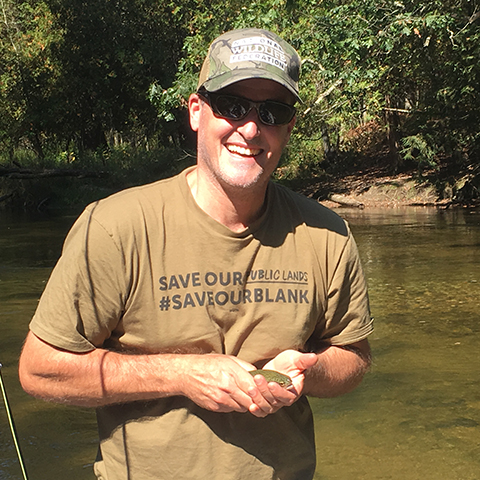 Mike Leahy supports the restoration of all wildlife populations through his work on policy related to wildlife, hunting, fishing, and public lands. Leahy’s priorities include transforming wildlife conservation for the 21st century through funding and improving the Endangered Species Act and other wildlife laws; representing the conservation interests of hunters and anglers in healthy, abundant wildlife populations and habitat; and ensuring national forests, wildlife refuges, and other national lands remain in public ownership and are well managed. Leahy’s work is informed by over two decades of work to conserve wildlife and natural resources, and an interest in all things outdoors. Leahy has been Conservation Director for the Izaak Walton League of America; Rockies and Plains Director and Natural Resources Counsel for Defenders of Wildlife; and Forest Campaign Director for National Audubon Society. Mike enjoys getting out to hunt, fish, hike, and have fun in the outdoors. Leahy has a law degree from Georgetown University and studied Natural Resources at Cornell University.