Sen. Murray and Gov. Inslee’s draft report is clear that the services the four Lower Snake River dams provide can be replaced—and with urgent action this year, we can prevent salmon extinction. We now need our NW congressional leaders and the Biden administration to support the Murray-Inslee plan and work with Tribes, industry and communities to take action in 2022 to prevent extinction while meeting our energy and agriculture needs. 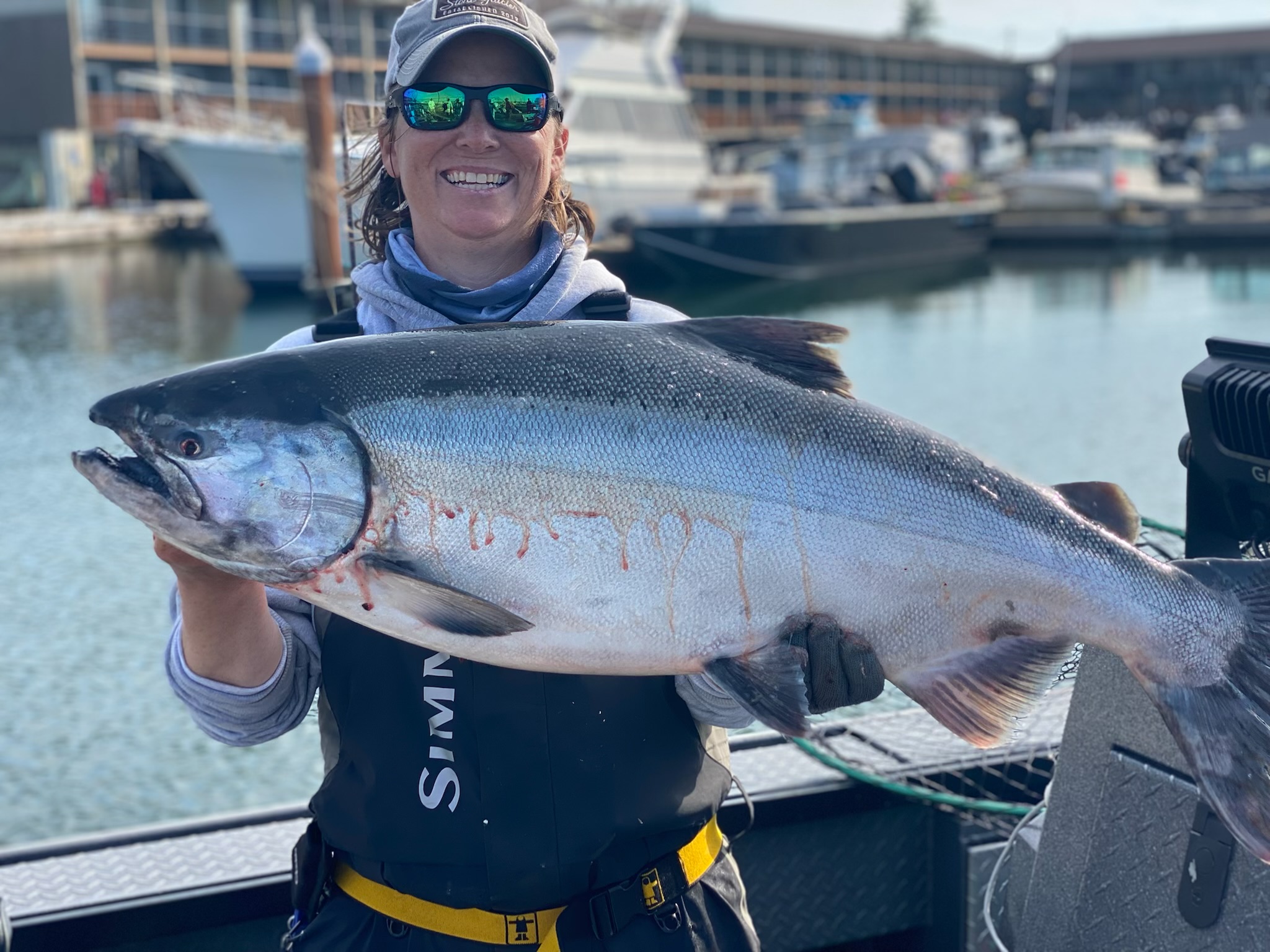 Fishing isn’t just a hobby for me, it’s a way of life. Being blessed to live in the Pacific Northwest naturally lends itself to all things outdoors. For me, fishing is my way to connect with our environment and wildlife. As an educator and a fishing guide, I have seen trends going in the wrong direction. Less opportunity, less returning fish and less young people interested in the outdoors. We have to be able to offer our kids something better than watching YouTube videos of times when fishing was great. We need our kids to experience those moments for themselves, which means we need healthy river systems that offer consistent opportunities for both fish survival and angling.

The good news is that Representative Mike Simpson of Idaho conducted an extensive process to determine what it will take to remove the dams and replace the services they provide. And now Gov. Inslee and Sen Patty Murray have stepped up to collect even more information and listen to stakeholders. As promised, they too have delivered a draft report aimed at identifying how to replace the services currently provided by the four federal dams on the lower Snake River – mainly energy, irrigation and transportation. Now the public comment period is underway and it’s up to us to tell them what we want: To remove the lower Snake River dams so we can bring back our salmon. Online comments can be submitted through the project website: https://www.lsrdoptions.org/. Emailed comments can be sent to info@lsrdoptions.org with the email subject line “Draft LSRD Benefit Replacement Study.”

The value of our nation’s fish extends beyond their role in aquatic ecosystems. Over 50 million Americans participate in fishing, making it one of the most popular forms of recreation and a massive generator of economic activity. Anglers spend on everything from permits and gear to boats and fuel. In addition to this, there is a whole service economy providing guides, rentals, restaurants, and hotels for the millions of fishing trips taken every year. These retail stores, restaurants and hotels in turn need staff and suppliers which widens the impact of sportfishing. In total, sportfishing provides jobs for over 820,000 people and sends a $129 billion ripple effect throughout the economy.

The benefit of the fishing economy is not just the size but the location of spending as well. Many communities across the United States are dependent on fishing tourism, the majority of these communities being rural. Over the last several decades, rural areas have been hard hit by changing economic trends. Fishing helps sustain jobs in places that have fallen behind economically, where opportunities may otherwise be limited.

In addition to the hundreds of thousands of jobs it provides, fishing raises over $9 billion for the federal government, $6.7 billion for states and local governments and contributes $1.7 billion directly to conservation efforts. These funds are crucial for supporting rural infrastructure, education, health care and the stewardship of public lands and waters.

The High Price of Inaction

Protecting fish is not just about ecological survival, it is about economic well being. When discussing conservation efforts, the question of cost is brought up. How much will this cost the government? How much will it impact local business? While every action does have a cost, so does inaction. How will extinction damage the ecosystem? How will declining fish populations affect licenses purchases, retail sales, guided trips, hotel occupancy and more? In this lens, conservation can be viewed not as an expense, but rather as both an ecological and economic investment.

In Washington state, over 940,000 people fish, spending $1.5 billion and supporting 15,000 jobs. The current system of dams along the lower Snake River in eastern Washington has threatened the survival of salmon since their completion in the 1970’s.

Now it’s CODE RED for the salmon runs of the Columbia River Basin. Anglers are worried. Their jobs, their businesses – their future is on the line. They are speaking out directly to elected officials with a simple request: We need to save salmon, it’s time to take our the lower Snake River dams. Take action now, click here to make the pledge.