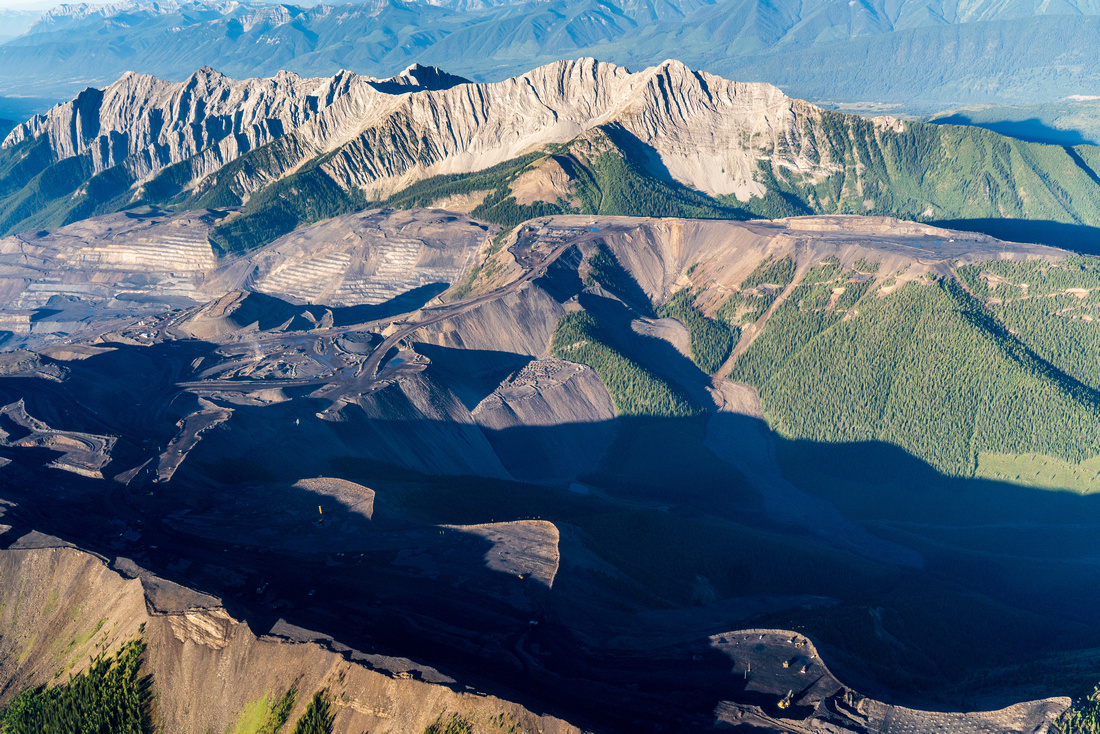 Heading north from Kalispell, Montana, into the backcountry of some of the last best places in the USA; I’m flying up the Flathead Valley and it is a pilot’s dream day -  there is little or no wind, no smoke and nothing but wild all around. Memories flood back to me as I have spent some time here back in the 80s and 90s when we were reintroducing wolves to the lower 48. Wolves were crossing the border between the US and Canada without their COVID-19 cards and we were using telemetry from the plane to keep an eye on them. Our research helped allow Yellowstone wolves to reappear in this untamed corner of our world where healthy biological corridors still exist for big game to flourish. 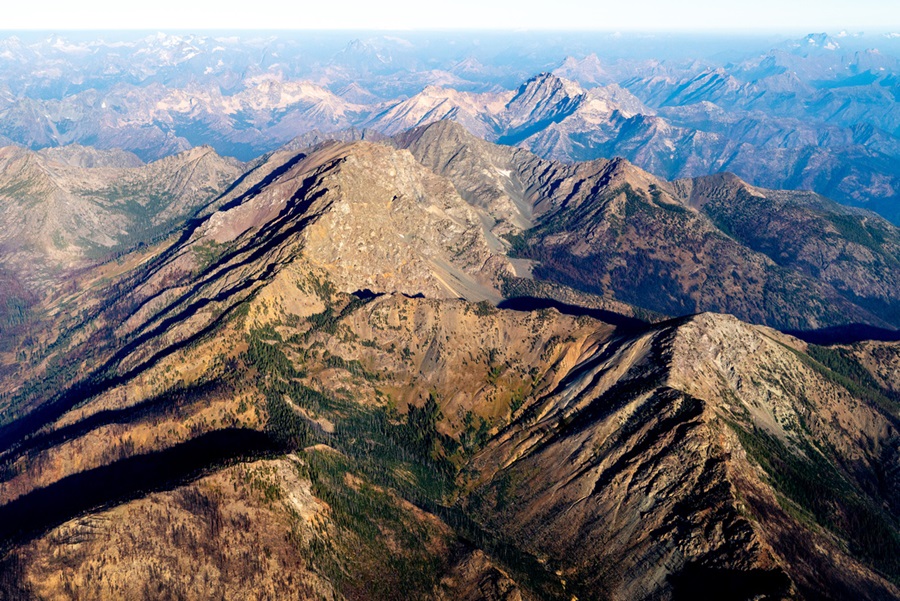 Now, as I cross the border into Canada, the forests look healthy even with clear-cuts becoming more numerous. As we approach Banff National Park, I am astounded by the scale of the coal mining - the Teck Resources mines of the Elk Valley are so monstrous that even I, as a veteran of flying huge mining enterprises, am gobsmacked. I have heard about mountaintop removal in the East but have never before experienced it firsthand, and especially in these spectacular mountains here in the heart of God's country. Mountain tops have been removed, and valleys are filled with industry, buildings, and equipment. Beyond surface landscape disruptions, a scientist on board the flight explained that heavy metal pollution from these mines is measurable; downstream near the U.S. border, selenium levels have been recorded that are over four times the provincial guidelines for protecting fish and wildlife! 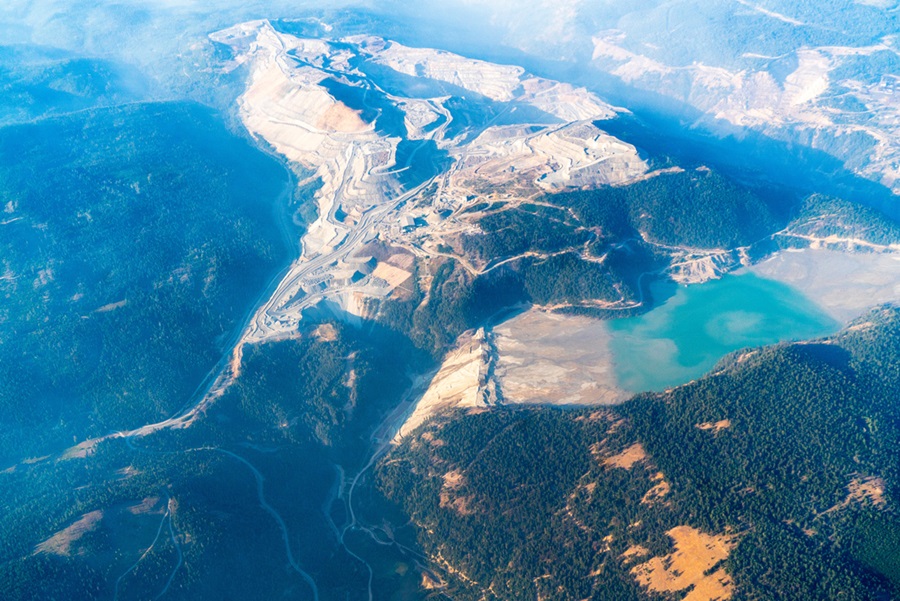 Next stop on our Canadian magical mystery tour was the Copper Mountain Mine. Flying due north out of the deep valleys of the Columbia River near Wenatchee, Washington, the grapevines were obscured by the dreaded smoke of numerous wildfires. We chose a direct route to the mining area in British Columbia, and even though we could not see into the deep valleys, it was abundantly clear as we flew over the Pasayten Wilderness that these dramatic and remote landscapes were key connectivity zones for wildlife on the move.

Locals onboard these two sets of flights included the Kalispel, Colville, and Confederated Salish and Kootenai Tribes, and they helped us understand the unique hunting opportunities that abound in this vast region. The passengers swapped fishermen tales, one-upping each other as they detailed the size of the westslope cutthroat and bull trout they had reeled in from the Kootenai River and Lake Koocanusa. As we descended into lower terrain near Princeton, BC, a huge mine, the Copper Mountain Mine, appeared seemingly out of nowhere. Tribal representatives and expert passengers highlighted some of the egregious problems this mine presents, none quite as alarming as concerns surrounding the two tailings dams, 566 feet and 540 feet in height, that hold back millions of cubic meters of toxic tailings water. Downstream is the Okanagan region, sensitive fish and wildlife habitat, the cultural homelands of the Syilx or Okanagan First Nation, an enormous agricultural region, and overall an economically and environmentally precious area, that is threatened by this mine and its earthen tailings dam. 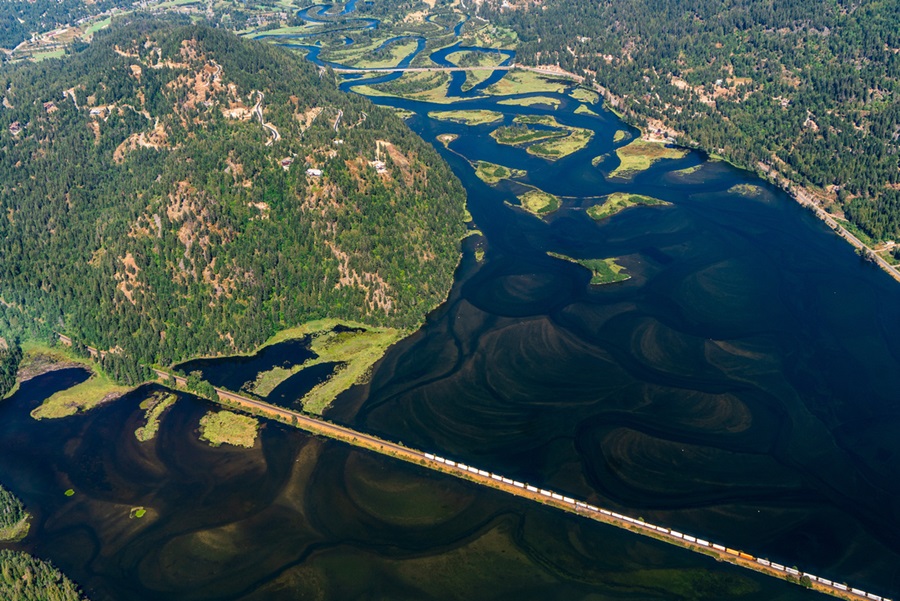 The possibility of an environmental disaster, like a tailings dam failure, seems all too possible. Looking down at the massive mining operation and a dam holding back millions of cubic meters of toxic waste, I remember getting an urgent call a few years back - there had been a disaster at the Gold King Mine, not far from my home in Colorado. A tailings dam failed and millions of gallons of toxic wastewater spilled into the Animas River - a mere fraction of the toxic waste contained in the Copper Mountain waste ponds. We flew the Animas immediately  - the river was a sickly orange and potent with arsenic, copper, iron, lead and other contaminants. The spill contaminated waters across three states, leaving Tribal communities without safe drinking water and ranchers unable to water their crops. It would be tragic to have this repeated in the Okanogan River valley on a much bigger scale. 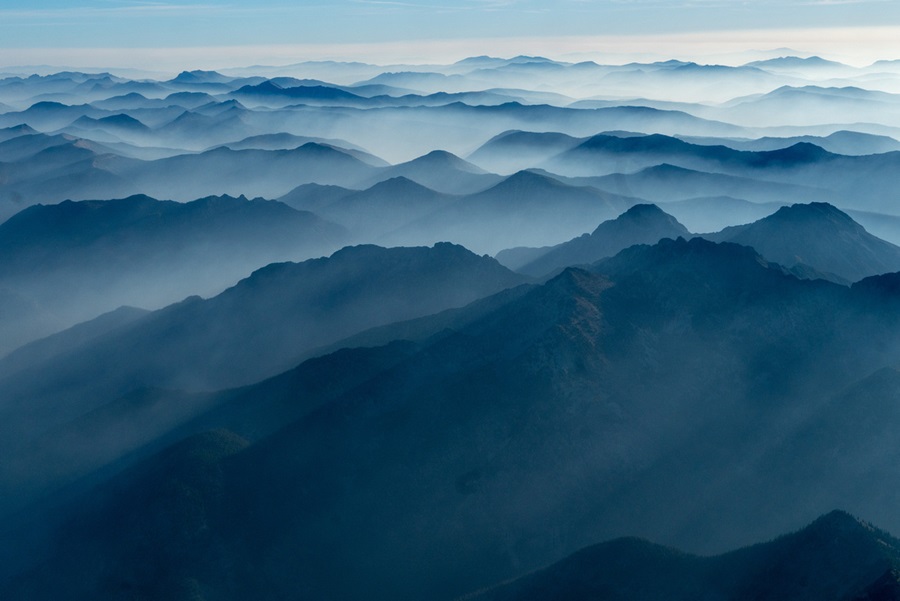 Back through the smoke and deep valleys of British Columbia into Washington, I contemplated  these remarkable landscapes, still relatively unburdened by big urban populations, and home to some of the best hunting and fishing in the West. It is hard to understand the scope of these landscapes and mines without seeing them from the air, so EcoFlight will keep flying to educate the public, bringing key stakeholders together, to ensure the BC government and mining companies take accountability for transboundary pollution that contaminates US watersheds and communities. 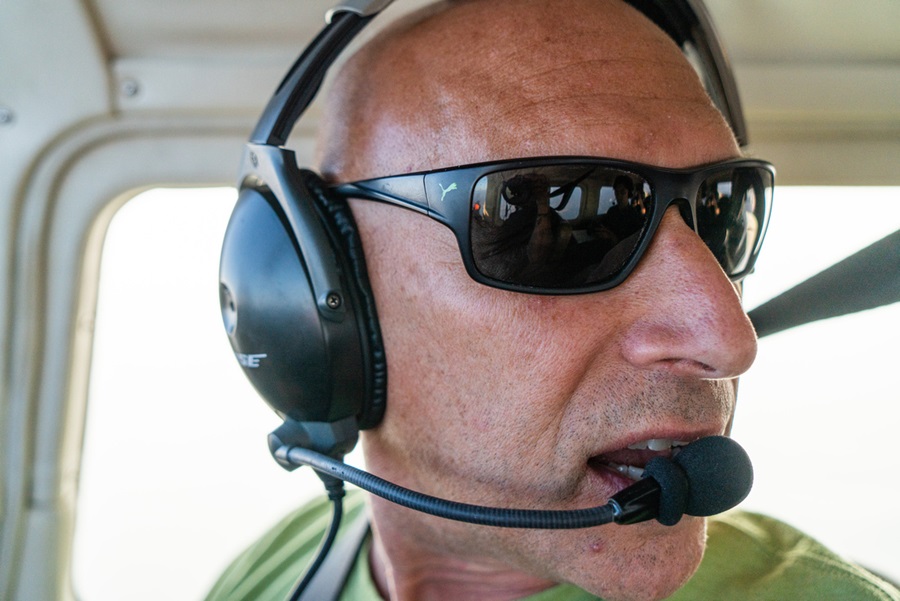 Bruce Gordon is the Chief Pilot and Founder of EcoFlight. Their mission is to educate and advocate for the protection of remaining wild lands and wildlife habitat using small aircraft. The aerial perspective and our educational programs encourage an environmental stewardship ethic among citizens of all ages.

EcoFlight’s call to action is to work with all sides of an issue, the plane providing a platform for conversation to happen in order to find solutions. The aerial perspective and our ability to connect people can be used to help build bridges between current conflicting viewpoints, and a way to help Americans find common ground, bringing tribes, partisan alliances, and faith-based groups together

All pictures in this blog are credited to EcoFlight.

This B.C. tailings map shows the 34 existing and proposed mines in British Columbia that are located in watersheds shared with the U.S. include watersheds like the upper Columbia River watershed and the world-class salmon rivers of the Stikine, Nass, and Unuk Rivers shared with Alaska.

B.C. mining threats to U.S. waters have gotten some attention, but two shocking new reports show the terrifying impact and probability of the Copper Mountain mine’s tailings dam failing and unleashing an untold amount of toxic waste into transboundary waterways and communities.

Basically, even a midrange dam failure (which could be caused by flooding, seismic activity, or human error) would decimate the town of Princeton B.C., kill untold numbers of humans and wildlife and destroy the Similkameen River which eventually flows into the Columbia Watershed.

This brief video illustrates this threat.

The likelihood of the tailings waste dam failure has been assessed to be up to 1000 times greater than acceptable industry safety standards. Copper Mountain, which has a dubious record of following environmental and safety regulations, is planning to increase the size of these dams up higher than the Space Needle. Once completed, the increase will result in the second and third tallest tailing facilities in the world. The mine was not required to seek an environmental review for this expansion.

One of the worst global tailings disasters has already happened in British Columbia. In 2014, a dam breach at Imperial Metals’ Mount Polley mine in central BC resulted in the largest mine waste disaster in Canadian history. Over 24 billion litres of solid and liquid mine waste rushed downstream into the Quesnel Lake watershed, leading to a drinking water ban and destroying kilometres of forest and fish habitats. A review of the province’s legal and regulatory protections following the disaster revealed major loopholes in its regulatory system and gaps in environmental protections.

More than eight years after the Mt Polley disaster communities in Canada and the US face a growing threat from mine waste failures in British Columbia. The province lags behind other jurisdictions in Canada and globally in mine waste storage safety.

While BC will point to progress it has made to strengthen its legal and regulatory system following the Mt Polley disaster, experts point out there are still gaping loopholes and gaps in BC’s laws that leave communities in the U.S. and Canada at risk: 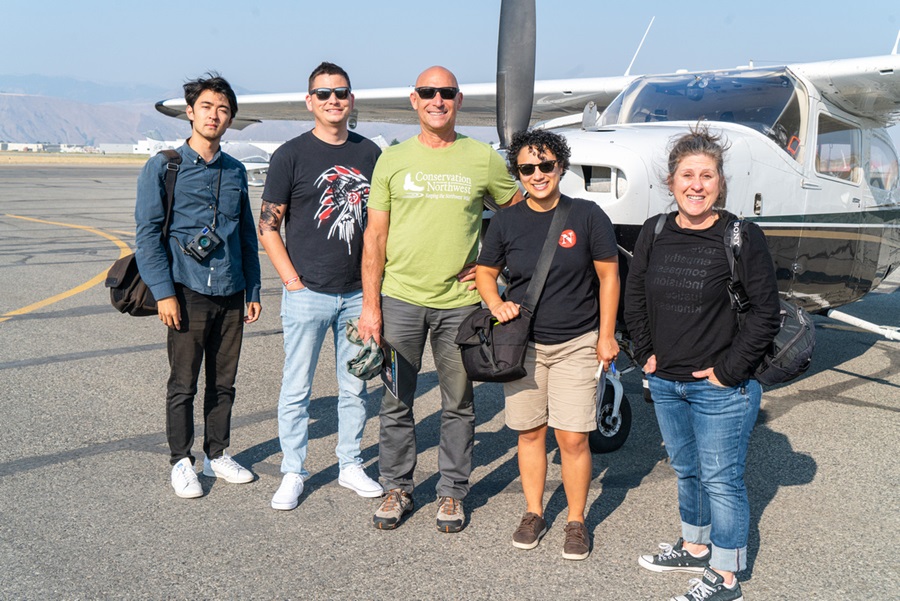 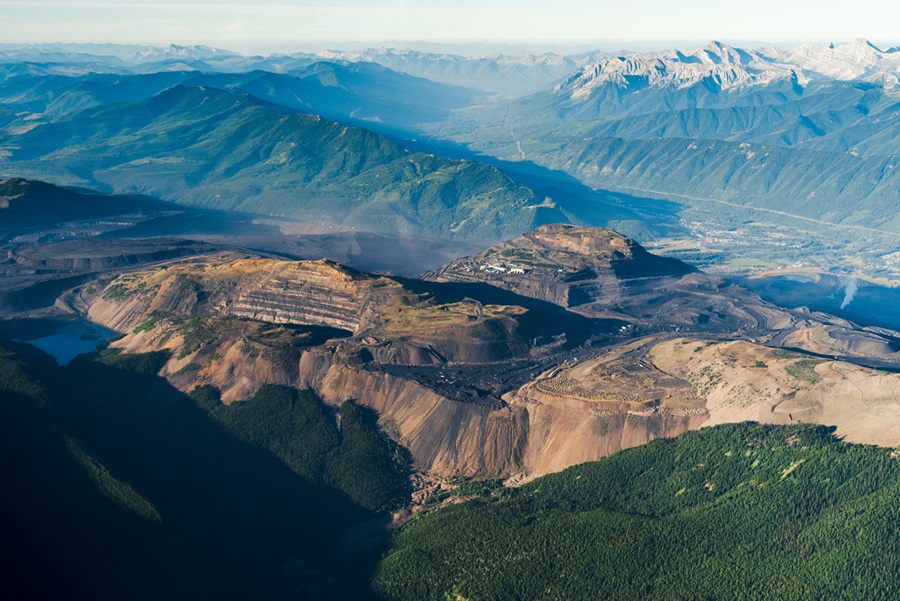