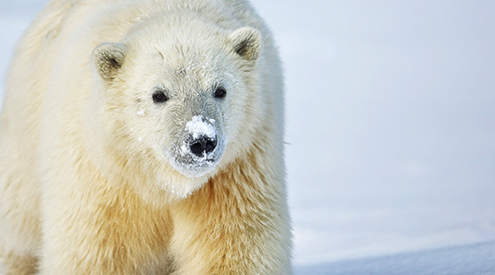 WASHINGTON, D.C. — The Department of Interior’s headlong rush to conduct seismic testing in the Arctic National Wildlife Refuge threatens iconic wildlife and Indigenous communities that depend on this pristine land. The rushed, 14-day comment period — in the midst of a global pandemic — all but ensures that the public’s voice will be stifled.

“This is a desperate attempt to jam through a plan that could kill denning polar bears, imperil other wildlife, threaten the Gwich’in people, and cause long-lasting damage to the Arctic,” said Tracy Stone-Manning, associate vice president for public lands at the National Wildlife Federation. “By rushing this plan through while ordinary Americans are focused on the COVID-19 pandemic and their own health and safety, it’s clear this administration wants to cut the public out of public lands in order to advance its dangerously myopic and misguided energy agenda.”

Seismic testing on over a half million acres of the coastal plain would be very disruptive to the arctic habitat. Heavy trucks crisscrossing the tundra could crush polar bear dens and disrupt migration patterns of porcupine caribou. Noisy blasts from the testing itself could negatively impact all wildlife in the area.

Located in the northeast corner of Alaska, the 19.6-million-acre Arctic National Wildlife Refuge was established 60 years ago and is home to more than 200 bird species, which migrate to the refuge to breed in the summer. As many as 300,000 snow geese visit the coastal plain each fall to feed on the tundra.