Malheur Refuge on the Rebound

One year after a destructive, armed takeover, this key western bird oasis is reawakening 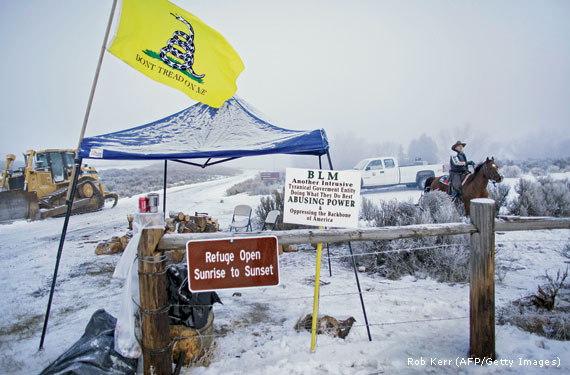 At an outpost of antigovernment militants who occupied Oregon’s Malheur refuge in early 2016, a bulldozer hints at the destruction done to this sanctuary for lesser snow geese (below) and hundreds of thousands of other birds that cruise the Pacific Flyway.


The upcoming December-January issue of National Wildlife magazine will feature the following article about the Malheur National Wildlife Refuge, exploring its importance to migratory birds, the destruction caused by armed militants who occupied the refuge early this year, and how the refuge is slowly rebounding from that crisis. On October 27, 2016—after this article went to press—a jury acquitted the occupiers of conspiring to impede federal workers from doing their jobs on public lands during the 41-day armed takeover.

In a press release issued on October 28, the National Wildlife Federation strongly condemned the acquittal. “This outcome is simply outrageous,” says NWF President Collin O’Mara. “This was not a peaceful protest; this was occupation by gunpoint and it assaulted the very foundation of our democracy, our Constitutional principles, and our shared public lands heritage. The danger is this decision will embolden vigilantes who take the law into their own hands and threaten the safety of the dedicated employees who manage our public lands.”

On January 2, 2016, armed antigovernment militants occupied Oregon’s Malheur National Wildlife Refuge, igniting a violent debate about public lands. But before the takeover and 41-day standoff, before the onslaught of law enforcement and news media, before the death of one militant, costly destruction and court battles, the refuge was best known as one thing: a watery oasis for migratory birds in arid southeastern Oregon.

Every spring, the skies come alive with the flurry of wings as hundreds of thousands of waterfowl and tens of thousands of shorebirds descend on the vast complex of shallow lakes, wetlands and watery meadows that make Malheur one of the most important stopovers on the Pacific Flyway.

With the greatest bird diversity in Oregon, the refuge hosts more than 300 species that spend some or all of their lives here, nesting and raising young, foraging and refueling. This bird bonanza includes some of the planet’s largest populations of white-faced ibis and Ross’s geese as well as the most sandhill cranes of any refuge in the western United States. There are also coots and curlews, sandpipers and plovers, trumpeter swans and golden eagles, gadwall and canvasback ducks, even neotropical migrants. 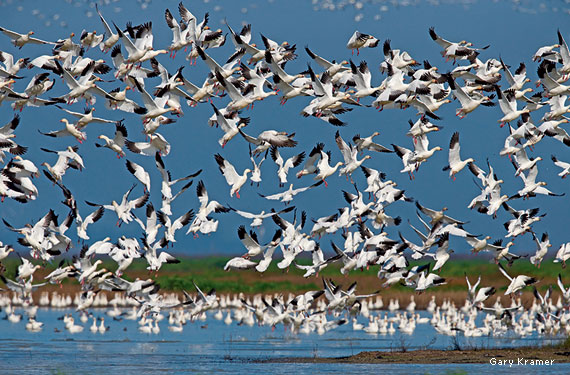 President Theodore Roosevelt understood the area’s importance to wildlife when he created what was then called the Lake Malheur Reservation in 1908 as a “preserve and breeding ground for native birds.” He did this at the urging of conservationists alarmed by the slaughter of herons and egrets by commercial plume hunters.

Expanded over time, Malheur today encompasses 187,757 acres in the pancake-flat Harney Basin of southeastern Oregon, one of the state’s least-populated regions. It’s a land of harsh weather and high desert sage where you can see 80 miles on a clear day. South of the refuge, the snowy flanks of Steens Mountain supply the water that attracts abundant flocks.

As in much of the rural West, tensions in the region have long simmered among ranchers, federal land managers and other stakeholders over water use and grazing rights for cattle. Refuge Manager Chad Karges felt those tensions when he arrived in 1999. Karges grew up on wildlife refuges, the son of a refuge manager who later became chief of the national refuge system administered by the U.S. Fish and Wildlife Service (FWS), which today oversees more than 560 refuges and 38 wetlands. “Growing up, I was steeped in the wildlife side of refuge operations,” says Karges. “But when I started working in the agency, I came to realize it’s just as much—if not more—about people.”

To ease the strain among stakeholders, Karges in 2005 co-founded the High Desert Partnership, an initiative that brought together ranchers, environmentalists, county officials, local businesspeople, the Burns Paiute Tribe, federal and state officials and others to negotiate on shared priorities. One of those priorities was the restoration of Malheur Lake, which has been degraded by invasive common carp. “We set about improving relationships and creating collaborative mechanisms,” Karges says. “I don't think [the occupiers] understood the relationships that were in place here.” 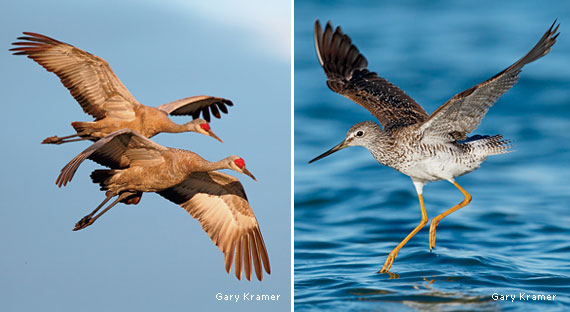 Life abounds at the Malheur National Wildlife Refuge, where sandhill cranes take wing and a greater yellowlegs dips a toe.

Occupation leader Ammon Bundy and his followers took over the refuge’s headquarters on a Saturday when staff were off duty, prompting FWS to close Malheur. Reasons for the occupation were convoluted but included resentment of federal authority to manage public lands. (In 2014, Bundy’s father, Nevada rancher Cliven Bundy, instigated a standoff with federal officials over his refusal to pay fees for grazing his cattle on federal land.) Hundreds of people around the state—including members of the Association of Northwest Steelheaders, NWF’s Oregon affiliate—rallied to protest the takeover. The ordeal finally ended after almost six weeks, on February 11, with one occupier shot dead and 26 militants, including Ammon Bundy, arrested and charged with federal crimes.

For Karges and his staff, returning to Malheur began a long process of assessing and repairing damage, which included destruction of government property, illegal excavation for a road, trenches for garbage and sewage and disturbance to tribal archaeological sites. Roads to the refuge reopened in March, but as of mid-October, the visitor’s center was still closed for repairs. According to FWS estimates, the takeover cost taxpayers $6 million­—not counting the emotional toll on refuge workers.

The cost to Malheur’s wildlife is hard to tabulate. It includes delays in research projects related to Malheur Lake, delays in removal of invasive grasses and late dispersal of water across refuge meadows, which affects nesting success. Some meadows had no water for the earliest arriving birds because the takeover prevented refuge staff from doing maintenance on irrigation ditches. “Because of the occupation, we couldn’t repair all the holes caused by beavers and wear and tear, so that water came onto the meadows later,” says Jess Wenick, the refuge’s staff ecologist. “When you have later nesting, you decrease nesting success. That’s hard to quantify, but we know it had an impact.”

Staff say the worst impact was a delay in the refuge’s carp eradication program. This harmed waterfowl by preventing workers from manning carp screens and netting the non-native fish, which are one of Malheur’s greatest ecological threats. The bottom feeders stir sediment, cloud the water, kill aquatic vegetation and eat invertebrates that are a crucial food source for waterfowl and shorebirds. Historically, Malheur produced hundreds of thousands of waterfowl annually. Today, that number is fewer than 10,000, with carp being one of the main culprits in the decline. 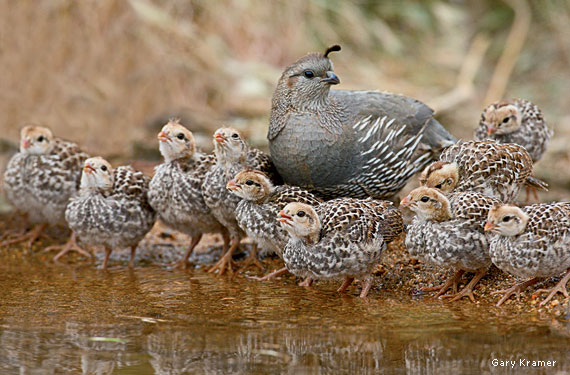 A California quail leads her brood to the water’s edge for a sip. Malheur's vast wetlands support more than 300 species of birds and attract bird lovers from across the globe.

As refuge supporters mark the takeover’s one-year anniversary, there are silver linings to this sad chapter in Malheur’s history. In April, the annual Harney County Migratory Bird Festival drew record crowds, signaling public support for Malheur and repudiation of the takeover. More than a thousand people have volunteered to help repair trails, remove fences, provide visitor services and monitor wildlife. Fundraisers have drawn more than $100,000 for causes such as the Friends of Malheur National Wildlife Refuge, the Burns Paiute Tribe and, to spite the armed occupiers, gun control. Ironically, by trying to delegitimize federal authority at the refuge, the occupiers only strengthened public support for and awareness of Malheur. “That's been incredibly gratifying,” says Karges.

The takeover and its aftermath provide a reminder that the vast majority of Americans support public lands despite disagreements over how best to manage them. “People think you are only dealing with biological issues on wildlife refuges,” Karges says, “but in today’s complex world, you need to be as good in social science as you are in biological science.”

Paul Tolmé wrote about public lands in the February-March 2016 issue.