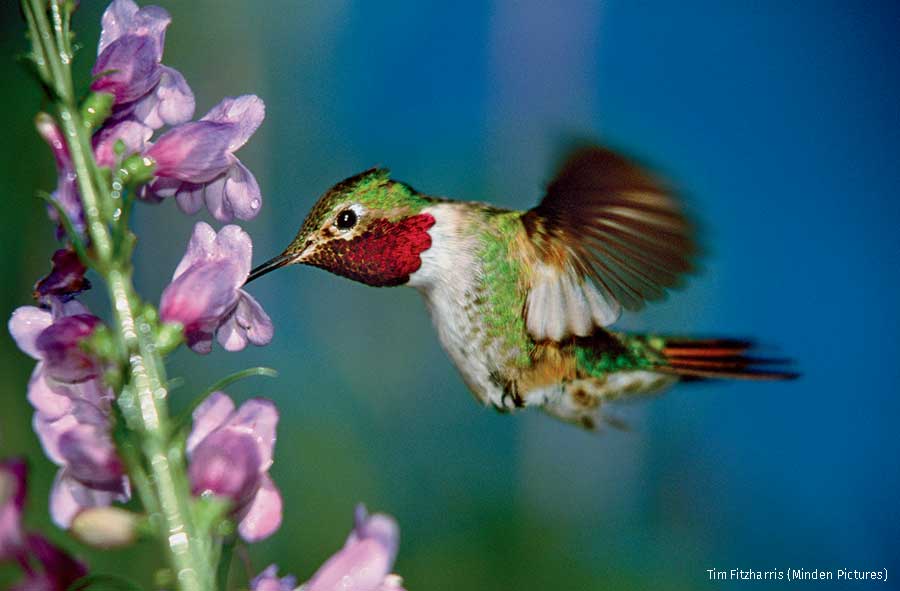 In New Mexico, a broad-tailed hummingbird feasts on nectar of desert penstemon, one of more than 200 penstemon species native to North America. In gardens, the plants’ seeds should be sown in fall or early winter. Sow seeds outside about as deep as the seed is wide in pots, flats (below) or beds.

ACROSS MUCH OF THE COUNTRY, most gardeners this time of year pack up their clippers, stash their trowels and resign themselves to waiting out the winter. But late fall through early spring is the best time to sow the seeds of many of the native wildflowers that support birds, bees and other wildlife.

By planting these seeds, you may also promote local genetic diversity. Most garden centers selling plants today stock only cultivars of native species—plants that have been selected for characteristics such as a specific flower or leaf color. To perpetuate such traits, commercial suppliers often produce their stock clonally: by rooting small cuttings of plants with the desired traits. Cloning, by definition, limits plants’ genetic diversity. But if you grow your plants from seed, you can boost the genetic variation of local plant populations and therefore their capacity to adapt to rapidly changing environmental conditions.

What’s more, by growing plants from seed obtained from a known source, “you can make sure the seed is appropriate for your region and that your source is using sustainable practices,” says Mary Phillips, director of the National Wildlife Federation’s Garden for Wildlife™ program. The former is important because some commercial suppliers sell “native” seeds that originate in a different region—or even another country—with genes that may not be ideally suited to your area. 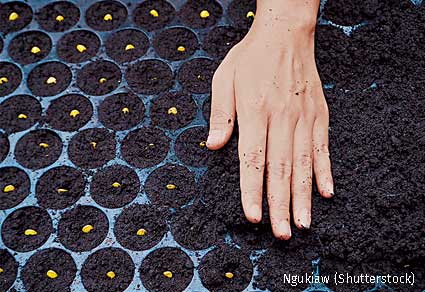 Unless they are labeled organic, the seeds of plants sold by commercial sources also may be treated with pesticides—including neonicotinoids, insecticides that have been implicated in the decline of bees and other pollinators.

And growing natives from seed is much less expensive than purchasing plants. If you gather the seeds from your own plants, “you can expand your wildlife garden for free, serving more hummingbirds, butterflies and bees the following spring,” says Phillips. She adds that one should avoid obtaining seeds by removing plants or seeds from the wild.

Beyond your own backyard, other good seed sources include native plant societies, garden clubs, nature centers, NWF community habitat groups, fall and winter seed swaps organized to promote genetic diversity and many public gardens. The latter often provide not only the seeds themselves but also written information or workshops on how to cultivate the seeds.

Once you obtain your seeds, here are some tips to get them growing:

• The easiest way to germinate native seeds is to sow them outdoors. The best time varies by species. Plants such as penstemons, blazing stars and shrubby dogwoods, which need a cold period to germinate, should be sown in fall or early winter. Milkweeds and coneflowers are among plants best sown in fall or early spring. Each species also has its own germination timetable, varying from a week to a year or more. When sown in winter, some woodland wildflowers, including trilliums and Solomon’s seal, do not germinate until the second spring.

• Sow seeds in flats or pots (4 inches to 10 inches in diameter and at least 3 inches deep) or carve out a 4-foot-wide by 10-foot-long germination bed.

• Fill containers or bed with a weed-free, compost-based potting mix.

• Sow seeds about as deep as they are wide and roughly 1/8 inch to 1/4 inch apart. Cover with a thin layer of coarse sand or sawdust to prevent seeds from splashing out in rain. Label with plant name and date.

• Sow seeds of woodland wildflowers in full to part shade and those of plants that require dry, sunny conditions in full sun.

• Keep the soil moist by watering when it begins to dry out. 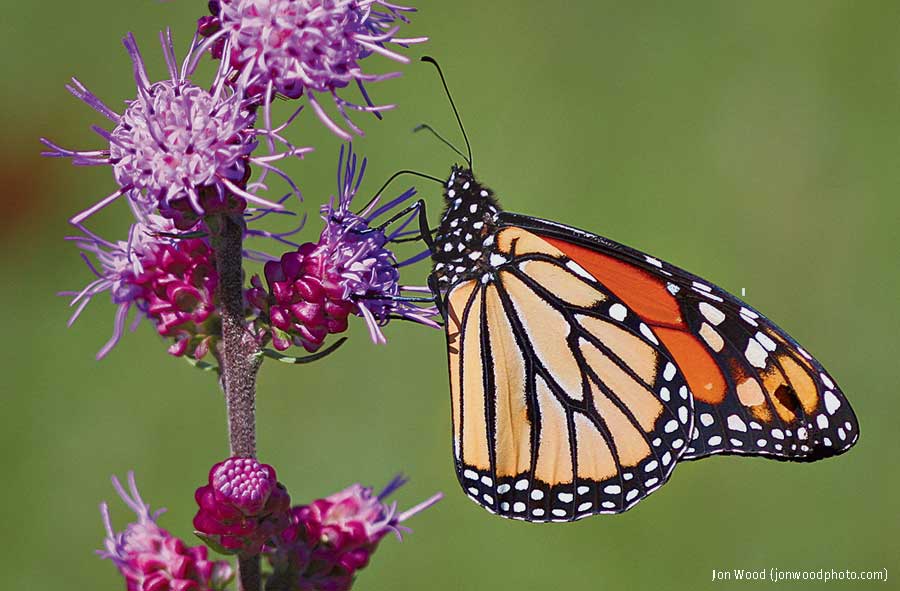 Planting seeds of blazing star in winter is an easy way to increase habitat for monarchs such as this one in Minnesota.

Janet Marinelli wrote about plants for early bees in the October–November 2017 issue.