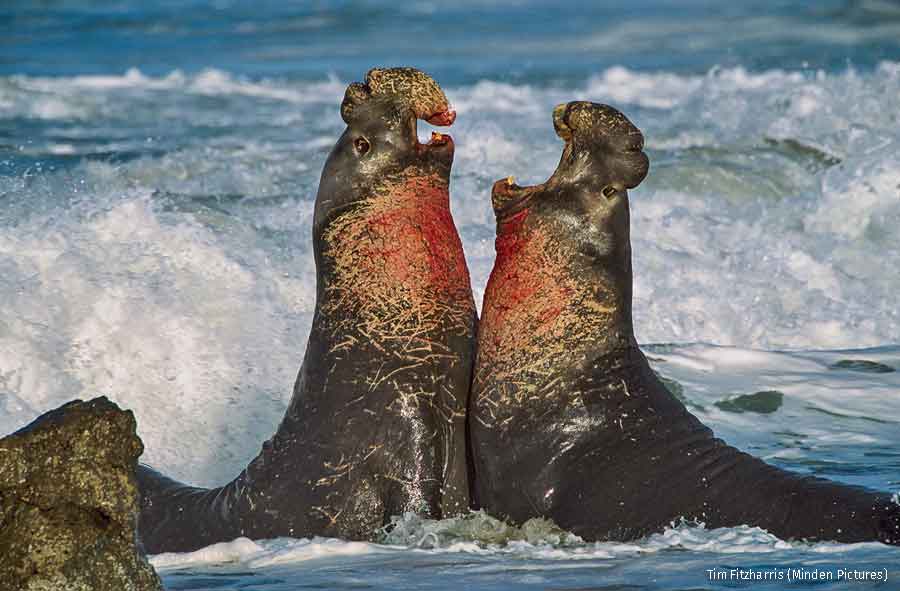 They’ve got rhythm—and it helps them survive

A human’s ability to pick up idiosyncrasies in another person’s vocalizing—such as regional accents—may not be as unique among mammals as many experts have long believed.

Based on several years of research in California’s Año Nuevo State Park, a group of French and U.S. scientists documented how male northern elephant seals (such as the battling pair above) rely on vocal pulses and tones to identify the calls of specific rivals. Published in Current Biology, the study provides the first example of an animal using its recall ability and perception of rhythm on a daily basis in the wild to recognize other members of its population.

“It is possible that the ability to perceive rhythm is actually very general in animals, but it’s extremely important for elephant seals, to the point of survival,” says biologist Nicolas Mathevon of the Université de Lyon–Saint-Etienne. By accurately recognizing specific animals’ voices, male elephant seals can determine whether to challenge another bull during breeding season or avoid confrontation with a more dominant opponent. 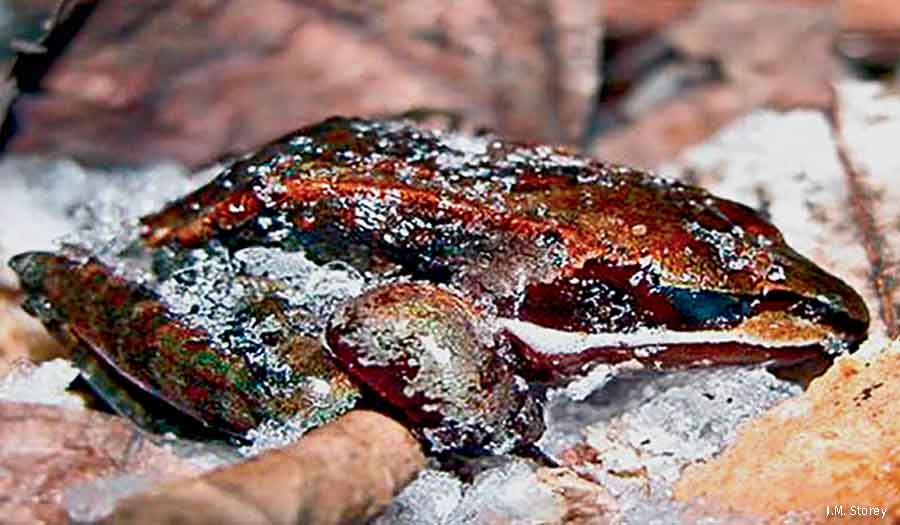 According to research at the University of Alaska–Fairbanks, wood frogs (above) hibernate longer than any other animals in Interior Alaska. Remarkably, more than 60 percent of their bodies remain frozen while buried under debris for nearly seven months. “For all intents and purposes, they are dead,” says biologist Don Larson, the first scientist to combine laboratory research on the amphibians with field observations of wild frogs during winter. Writing in the Journal of Experimental Biology, he and his colleagues report that when wood frogs go into hibernation in early fall, they begin producing glucose, a sugar that helps keep their cells alive. The amphibians also go through several freeze-thaw cycles that stimulate additional glucose production before they come back to life when temperatures warm in the spring. “We didn’t see any die-off, and that was a big shock,” Larson says. The frogs in the study had a higher survival rate (100 percent) and endured colder temperatures (as low as 0 degrees F) than anyone previously had recorded for the species. 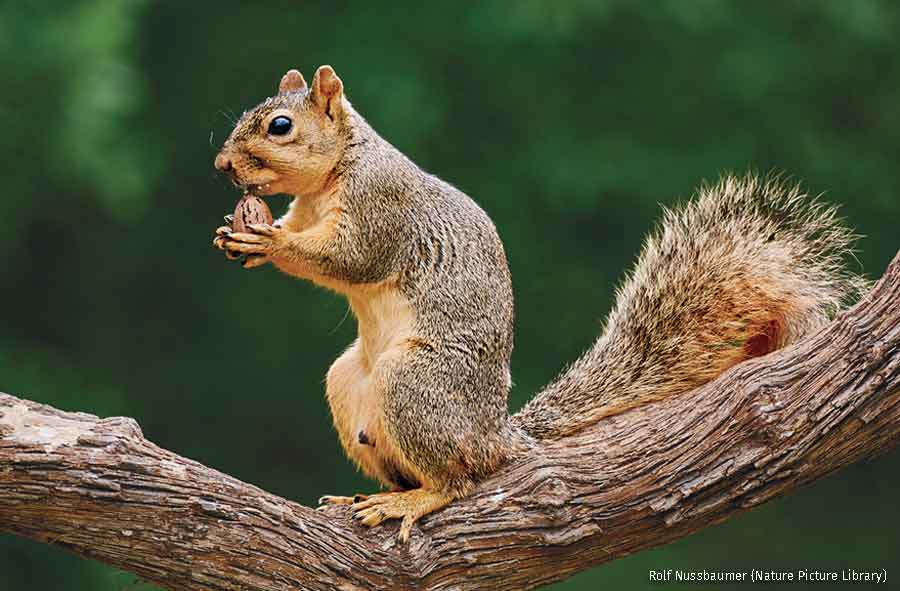 A single fox squirrel (above) gathers between 3,000 and 10,000 nuts every year. Now researchers at the University of California–Berkeley have documented evidence that under some circumstances, these common North American mammals methodically sort their nuts using a cognitive approach called “chunking,” during which they create separate collections of each nut species. Then they bury one nut at a time in its own unique spot near others of the same kind. “This is the first demonstration of chunking in a scatter-hoarding animal,” reports lead author Mikel Delgado in Royal Society Open Science.

To reach that conclusion, the researchers used GPS devices to track 45 male and female fox squirrels for two years as the creatures buried almonds, pecans, hazelnuts and walnuts in various locations on the Berkeley campus. The scientists believe that arranging nuts by type may help the animals remember where they stored their favorite foods, a strategy similar to the way people organize their groceries at home so they can easily find specific items. The study suggests that under natural conditions, the squirrels use a surprisingly flexible and sophisticated memorizing strategy to cache their nuts.