Story of a Century

Following the tracks of a hundred-year-old biological survey, modern-day ecologists discover that some birds have adapted to climate change in an unexpected way. 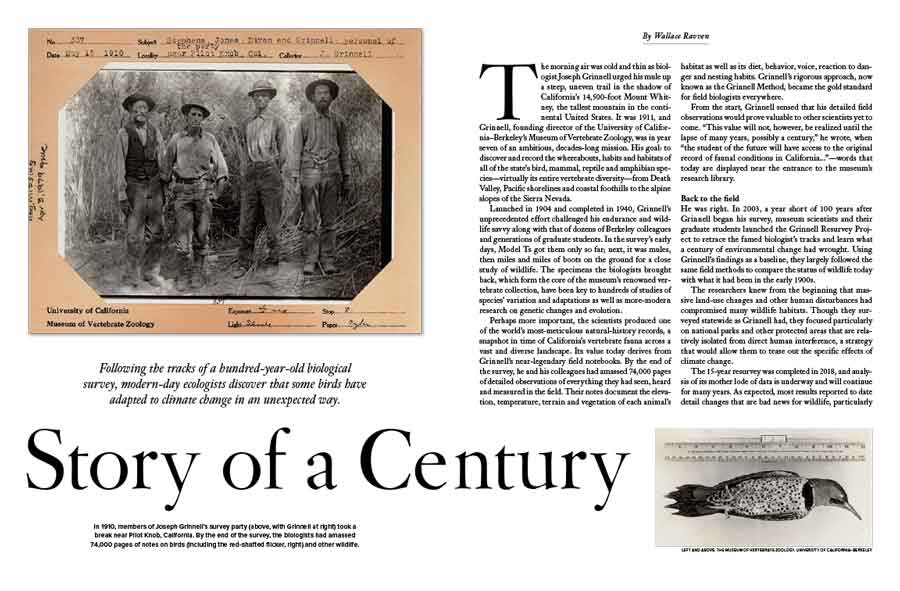 In 1910, members of Joseph Grinnell’s survey party (above, with Grinnell at right) took a break near Pilot Knob, California. By the end of the survey, the biologists had amassed 74,000 pages of notes on birds (including the red-shafted flicker, right) and other wildlife.

THE MORNING AIR WAS COLD and thin as biologist Joseph Grinnell urged his mule up a steep, uneven trail in the shadow of California’s 14,500-foot Mount Whitney, the tallest mountain in the continental United States. It was 1911, and Grinnell, founding director of the University of California–Berkeley’s Museum of Vertebrate Zoology, was in year seven of an ambitious, decades-long mission. His goal: to discover and record the whereabouts, habits and habitats of all of the state’s bird, mammal, reptile and amphibian species—virtually its entire vertebrate diversity—from Death Valley, Pacific shorelines and coastal foothills to the alpine slopes of the Sierra Nevada.

Launched in 1904 and completed in 1940, Grinnell’s unprecedented effort challenged his endurance and wildlife savvy along with that of dozens of Berkeley colleagues and generations of graduate students. In the survey’s early days, Model Ts got them only so far; next, it was mules, then miles and miles of boots on the ground for a close study of wildlife. The specimens the biologists brought back, which form the core of the museum’s renowned vertebrate collection, have been key to hundreds of studies of species’ variation and adaptations as well as more-modern research on genetic changes and evolution.

Perhaps more important, the scientists produced one of the world’s most-meticulous natural-history records, a snapshot in time of California’s vertebrate fauna across a vast and diverse landscape. Its value today derives from Grinnell’s near-legendary field notebooks. By the end of the survey, he and his colleagues had amassed 74,000 pages of detailed observations of everything they had seen, heard and measured in the field. Their notes document the elevation, temperature, terrain and vegetation of each animal’s habitat as well as its diet, behavior, voice, reaction to danger and nesting habits. Grinnell’s rigorous approach, now known as the Grinnell Method, became the gold standard for field biologists everywhere.

From the start, Grinnell sensed that his detailed field observations would prove valuable to other scientists yet to come. “This value will not, however, be realized until the lapse of many years, possibly a century,” he wrote, when “the student of the future will have access to the original record of faunal conditions in California...”—words that today are displayed near the entrance to the museum’s research library. 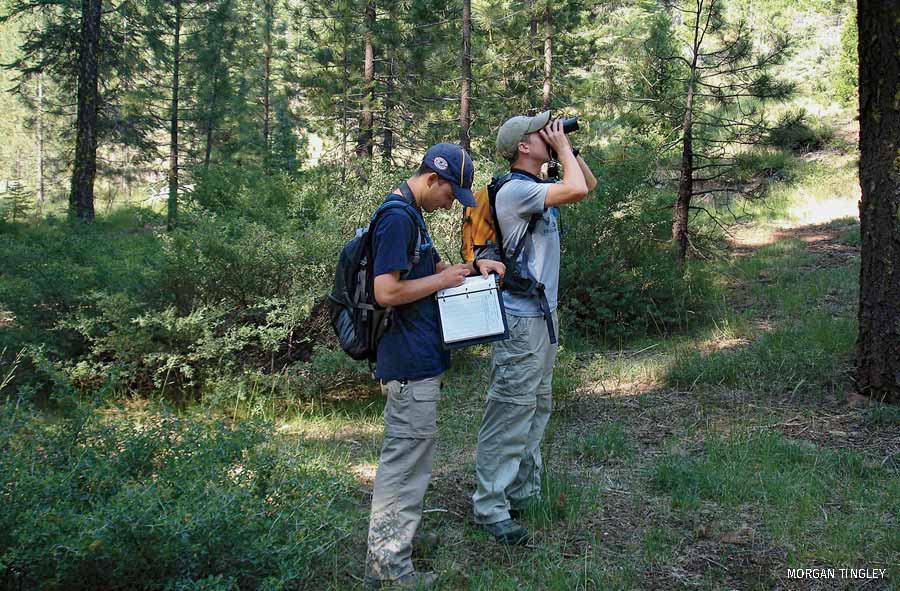 Back to the field

He was right. In 2003, a year short of 100 years after Grinnell began his survey, museum scientists and their graduate students launched the Grinnell Resurvey Project to retrace the famed biologist’s tracks and learn what a century of environmental change had wrought. Using Grinnell’s findings as a baseline, they largely followed the same field methods to compare the status of wildlife today with what it had been in the early 1900s.

The researchers knew from the beginning that massive land-use changes and other human disturbances had compromised many wildlife habitats. Though they surveyed statewide as Grinnell had, they focused particularly on national parks and other protected areas that are relatively isolated from direct human interference, a strategy that would allow them to tease out the specific effects of climate change.

The 15-year resurvey was completed in 2018, and analysis of its mother lode of data is underway and will continue for many years. As expected, most results reported to date detail changes that are bad news for wildlife, particularly birds. These include the absence of certain species, such as Swainson’s thrush and ruby-crowned kinglet, from some mountain regions where Grinnell found them easily as well as the collapse of populations of dozens of bird species, from songbirds to raptors, across the Mojave Desert. 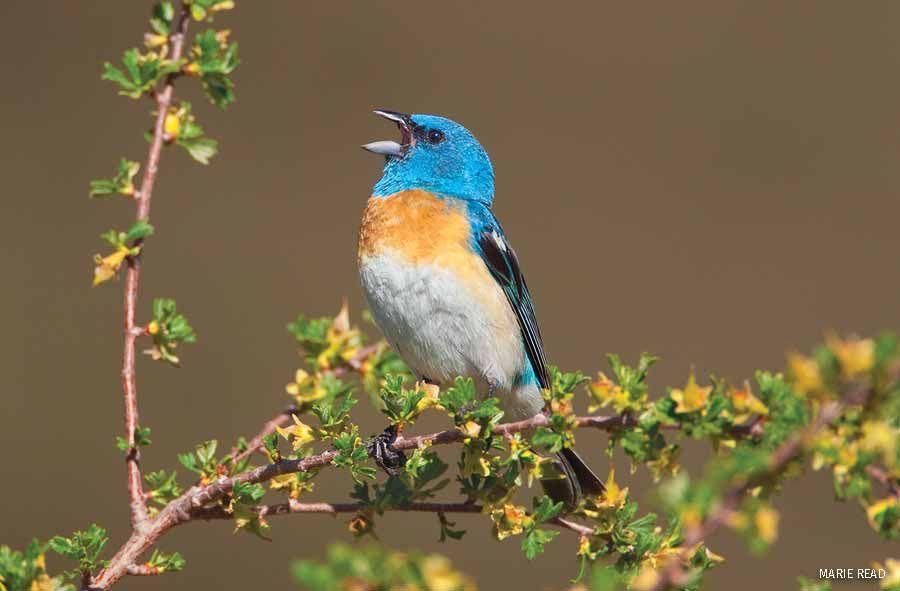 Long-distance migrants such as the hermit warbler (below) and lazuli bunting may be unable to adopt the early-nesting strategy that scientists have discovered, because they are still in the Tropics when resident birds get cues that spring is arriving sooner.

But one of their discoveries, reported in 2017 in the Proceedings of the National Academy of Sciences (PNAS), has provided cause for hope. Examining the nesting times of more than 30,000 birds of 202 species living in California’s Sierra Nevada and Coast Range mountains—from palm-size hermit warblers and dusky-colored rock wrens to brilliant blue lazuli buntings and big, bold pileated woodpeckers—the scientists found that most of these species now nest five to 12 days earlier than they did a century ago.

Breeding earlier means breeding at cooler temperatures, explains Steven Beissinger, professor of conservation biology at UC–Berkeley and coauthor of the report. Indeed, by pushing ahead their nesting times by only about a week, the birds counterbalance the 2-degree F temperature rise recorded since Grinnell’s time—that is, they breed today at roughly the same temperatures they did 100 years ago. According to Beissinger, who directed the Grinnell resurvey, these California birds “are showing remarkable flexibility in response to climate change.”

Ben Zuckerberg, a University of Wisconsin bird ecologist who was not part of the study, agrees. The discovery “highlights how flexible birds’ behavior can be,” he says. “Nesting behavior is one of the main limitations on populations, so being able to nest earlier over time is an important adaptation,” especially for species confronting a changing climate.

The finding was unexpected. “When we think about how wildlife respond to climate change, most of the focus has been on the ability to track suitable climate by colonizing new areas, usually northward or upslope,” says National Wildlife Federation Chief Scientist Bruce Stein. “This is what you’d expect especially with highly mobile species like birds, which, unlike more-sedentary animals such as voles, easily can move around.” Instead, he says, these birds appear to be adjusting to climate change by “shifting in time rather than shifting in space, highlighting surprising levels of what we call ‘adaptive capacity.’”

Drawing on a different data set, the PNAS authors also found evidence that early nesting may help baby birds survive a warming world. Analyzing 47,000 nest observations from NestWatch—a nationwide, citizen-science nest monitoring program of the Cornell Lab of Ornithology—they discovered that when abnormally high temperatures strike during the spring and early summer nesting period, birds at the hotter, southern edges of their ranges are less successful fledging young than are birds breeding in the colder, northern parts.

“You’d think the hardest times for birds would be in the dead of winter and the hottest days of summer,” says PNAS paper lead author Jacob Socolar, a postdoctoral scientist at the University of Connecticut. But that is not the case for eggs and hatchlings. “You can see adult robins pecking through the snow in Minnesota and foraging away in a south Texas summer hotter than the devil’s furnace. They’re ‘warm-blooded,’” he says. Adult birds also can escape extreme heat by flying to cooler parts of their ranges in mid-summer. But eggs and hatchlings are stuck in one place. And unlike adults, they cannot control their internal body temperature. “Hatchlings of many species are naked—very few insulating feathers for up to a week or more,” Socolar says. “We’ve shown that an uptick of a few degrees at nesting time—in the balmy months of May or June—can be critical.” 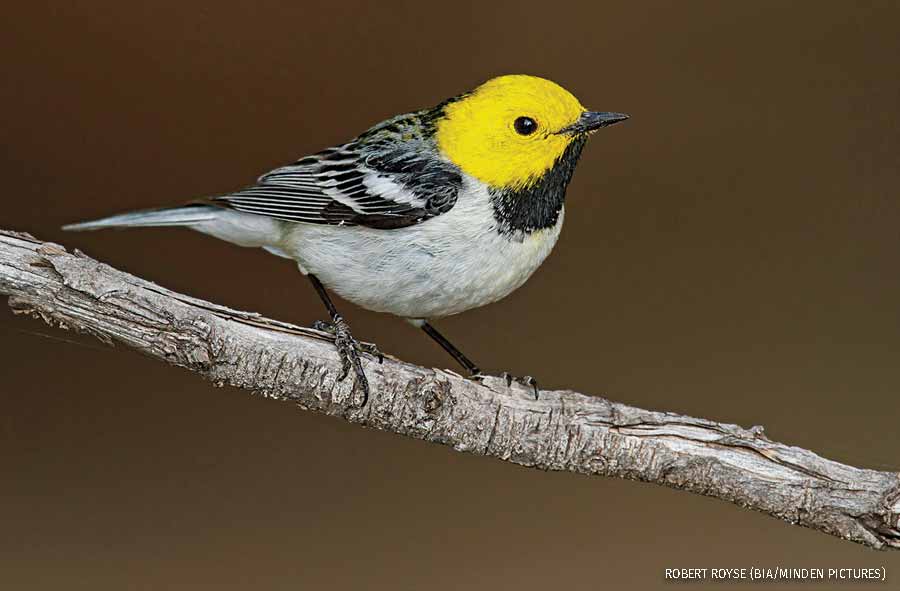 The scientists cannot say how long California birds will be able to keep up as the world gets even hotter. “Do they have enough plasticity to continue to adapt as the momentum of warming accelerates?” asks Beissinger. “That is a key question.”

The researchers also point out that not all birds in the survey may have been able to adapt to earlier spring by nesting sooner in the season. Both the resurvey team and the original Grinnell team documented average nesting times of entire bird communities. Though the resurvey scientists are certain that most birds have started nesting earlier, they cannot be sure that all of them have. “In broad ‘macroecological’ studies like these,” Zuckerberg says, “what you can’t get at are characteristics that would make some species more vulnerable to the temperature increase or less likely to adapt.”

Resurvey participant and senior author Morgan Tingley, an assistant professor of ecology and evolutionary biology at the University of Connecticut, agrees that some species may be unable to adopt the early-nesting strategy. Long-distance migrants such as warblers and hummingbirds may be the least able, he adds.

The diminutive yellow warbler, for example, travels more than 2,000 miles from South and Central America to nest in streamside willows, aspens and cottonwoods across North America, including California. While research has shown that year-round resident birds can change their nesting behavior following a single unsuccessful breeding season—moving upslope, for example—migrants such as the yellow warbler are still in the Tropics when residents first experience changing conditions. Arriving at the breeding grounds later than residents, they may miss cues to alter their behavior and, therefore, nest when temperatures are too high or the insects they need to feed their young have been depleted.

That’s where conservation managers can play a role, Stein says. “Today, wildlife conservation must be made ‘climate smart.’ Developing effective adaptation strategies depends on identifying which species are most vulnerable and which may be able to cope on their own.” The California bird discovery has provided a fresh glimmer of hope, he adds. “It suggests that wildlife may be capable of adjusting to changing conditions in more ways than we realize. I think nature will continue to surprise us.”

The National Wildlife Federation is at the forefront of the new field of climate adaptation, working with federal and state agencies and others to help managers incorporate climate change into their plans to conserve species and ecosystems. NWF’s efforts include advancing the scientific basis for climate adaptation, developing widely used guides to climate-smart conservation and helping planners make their conservation projects more resilient. Learn more at www.nwf.org/climatesmart.

It’s Not Easy Being Green, or Yellow, or Red: The Plight of California’s Frogs »
Purging Trout to Save Frogs »
Save LA Cougars »
California: When Water Is Gone »
NWF California Regional Center »