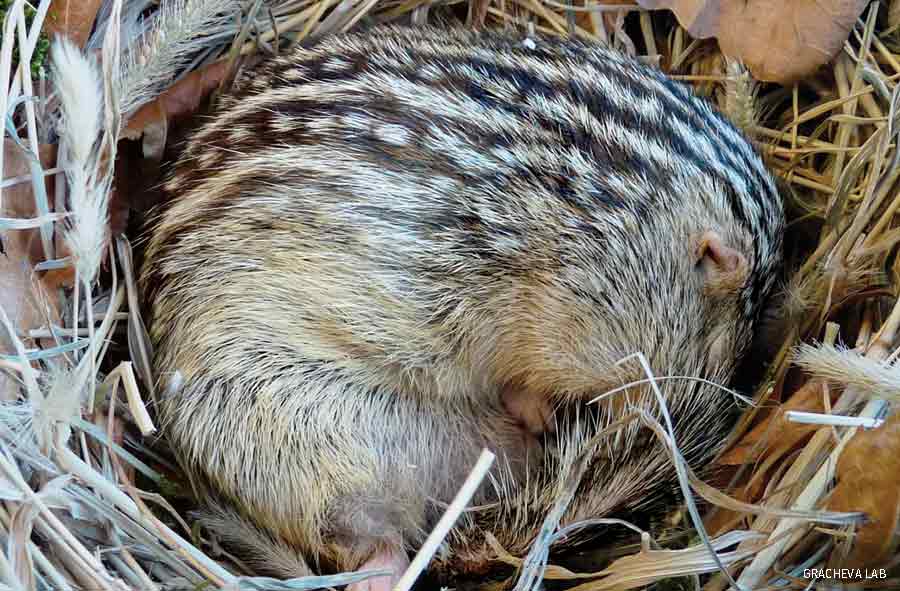 All rodents can sense cold, but those that hibernate apparently do not feel it like rodents, such as rats and mice, that do not hibernate. Researchers at Yale University made that discovery after conducting laboratory studies of two species of hibernating rodents: thirteen-lined ground squirrels (above) and Syrian hamsters. The scientists found that both species have evolved cold-sensing nerve cells with a diminished ability to detect temperatures below 68 degrees F. This adaptation allows the animals’ body temperatures to drop for long periods of time, triggering their winter slumber. “If these animals were to feel cold, they would not be able to hibernate because their sensory systems would tell the rest of the body that they need to warm up first,” says Yale physiologist Elena Gracheva. “They would not be able to survive as a species.” This resistance to feeling cold, the scientists report in Cell Reports, occurs not only when the rodents are hibernating but also when they are active. Thirteen-lined ground squirrels, for example, can survive exposure to temperatures as low as 35 degrees F for up to nine months. 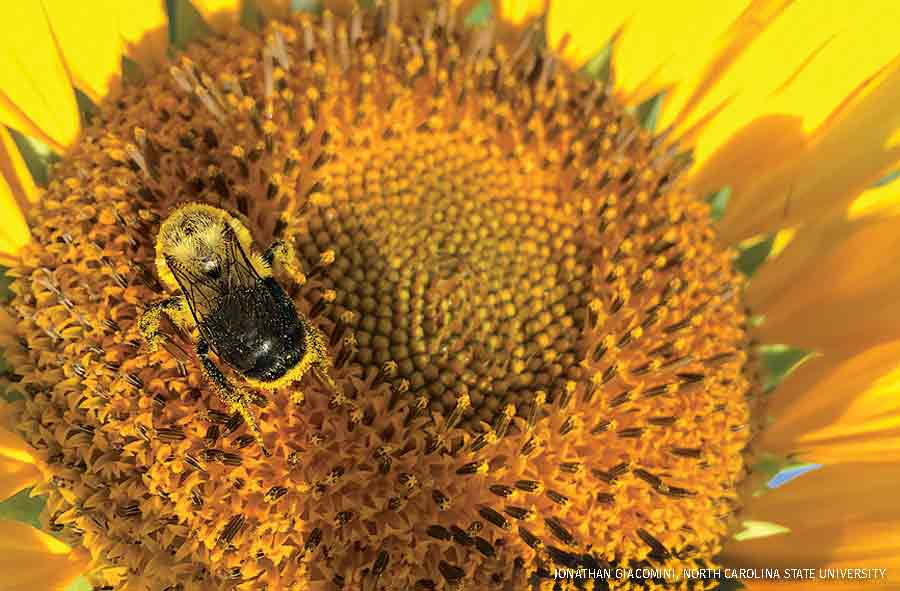 With populations of many bees in decline, a new study suggests a potential strategy for helping maintain the insects’ health: provide them access to sunflowers. In lab experiments, a group of U.S. scientists found that the common eastern bumble bee (above, on sunflower) and European honey bee faced lower rates of infection from two widespread parasites after ingesting sunflower pollen. Previous research has linked both parasites with slower colony growth and greater mortality rates. “We tried other monofloral pollens, but we seem to have hit the jackpot with sunflower pollen,” says North Carolina State University ecologist Rebecca Irwin. None of the other pollens had the same positive effect. While sunflower pollen may provide these medicinal benefits, it is low in protein and some amino acids, the researchers write in Scientific Reports. They conclude that sunflowers should be supplements rather than the main source of the insects’ diet. Bees do best, the scientists point out, when they have access to a diversity of flowers. 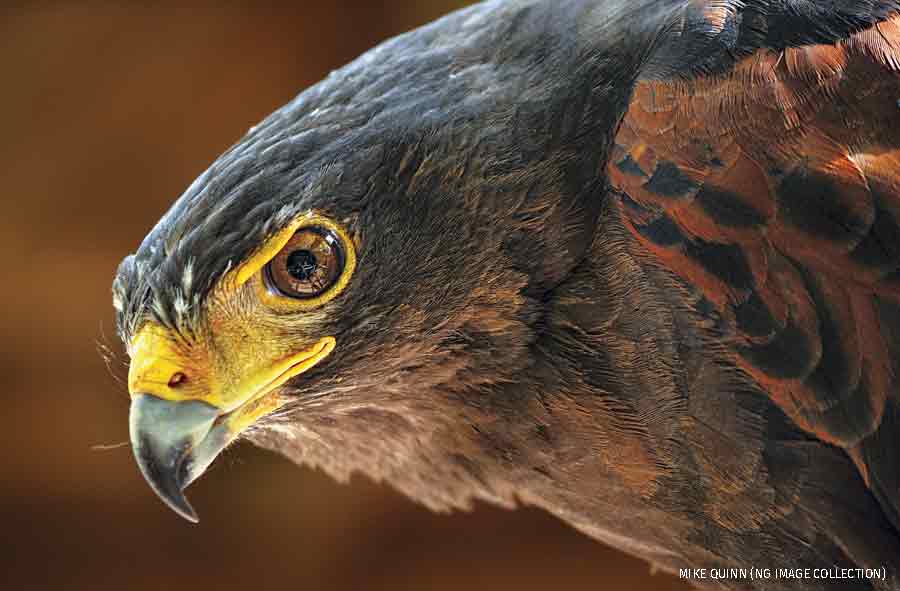 Best color vision in the wild

Based on research conducted with captive Harris’s hawks, biologists at Sweden’s Lund University discovered that these birds (above) have the best color vision of any animal tested to date. Reporting in the Proceedings of the Royal Society B, the scientists found that if an object differs in color from its background, the birds can detect it from a distance twice as far as can humans, enabling the raptors to locate, pursue and capture prey. “I didn’t think that color vision would be of such significance, but it is of considerable importance,” says biologist Almut Kelber. Among animals, the researchers say, larger eyes generally correspond with higher-resolution vision, and bigger animals tend to see with higher resolution. This study determined that Harris’s hawks, which weigh less than 3 pounds but have eyes similar in relative size to humans’, have unusually strong color-vision acuity. “Once we understand how birds of prey perceive their world,” says lead author Simon Potier, “we can help improve efforts to conserve and protect them.”