Hard Times for the “Tree of Life”

Essential to the survival of scores of animal and plant species, oak forests are in steep decline. 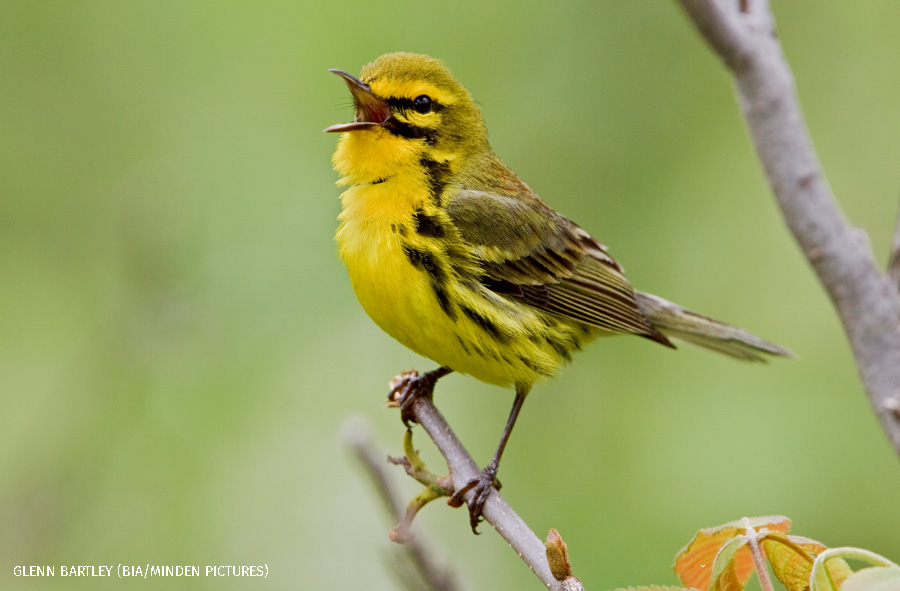 The prairie warbler (above) and black bear (below) are among a multitude of wildlife species that rely on oaks for food and shelter.

IF ANY TREE deserves to be called the “tree of life,” it is the oak. For millennia, the world’s oaks have provided food and shelter for a multitude of wildlife species. In many forests, they also play key ecological roles, dominating the forest canopy and determining which plants can grow below. Murphy Westwood, director of global tree conservation for The Morton Arboretum in Illinois, calls oaks across mid-America’s vast Central Hardwood Forest, for example, the “kingpins in the forest.”

But today oaks are in trouble. Razed to make way for crops, pastureland and development, and ravaged by fire suppression, climate change, diseases and pests, this country’s oak forests are a fraction of what they once were, and those that remain are declining rapidly. In a recent analysis, Morton Arboretum scientists found that 28 of the nation’s 91 native oaks—or more than 30 percent—are of conservation concern. That percentage of at-risk species in one genus, Westwood says, “is seriously worrying.” 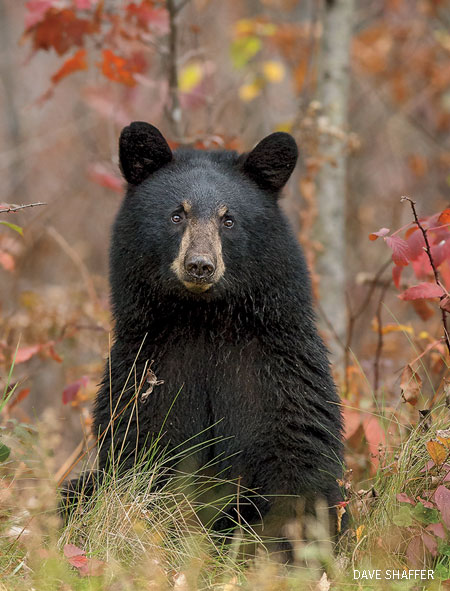 Humans have been stacking the odds against oaks for hundreds of years. Before the arrival of Europeans, the oaks dominating much of the country grew in sunny, open forests such as savannas and woodlands. Periodic wildfires and burning by Native Americans gave these fire-resistant trees an edge, removing woody competitors and creating clearings for acorns to sprout and sun-loving oak seedlings and saplings to thrive.

But the widespread practice of fire suppression has made it difficult for oaks to regenerate, and shade-tolerant trees once killed by fire, such as maples and cherries, are quickly replacing them. In a 2016 paper in Quaternary Science Reviews, U.S. Forest Service ecologists Gregory Nowacki and Brice Hanberry report that, historically, forests in the east-central United States were about 55 percent oaks. Today that percentage has shrunk to about 25 percent.

Oaks are also being felled by a growing number of pests and diseases. By far the most lethal is sudden oak death, which hitchhiked to this country in nursery stock. First observed in the mid-1990s, the disease has killed millions of oak and tanoak trees in California and Oregon. Now foresters are preparing for its inevitable onslaught in the East and Midwest, where oaks already are afflicted by a variety of pests and pathogens, from the non-native gypsy moth to oak wilt, a fungal disease that kills thousands of oaks each year. “Pests and diseases will probably be a much bigger factor in a decade or two as trees become more stressed by climate change,” Westwood predicts.

Climate change already threatens all U.S. oak species of conservation concern. “Because they are so long-lived and have long reproductive cycles, oak populations don’t move very far very fast,” Westwood says, so they are unlikely to keep pace with rapidly changing conditions. 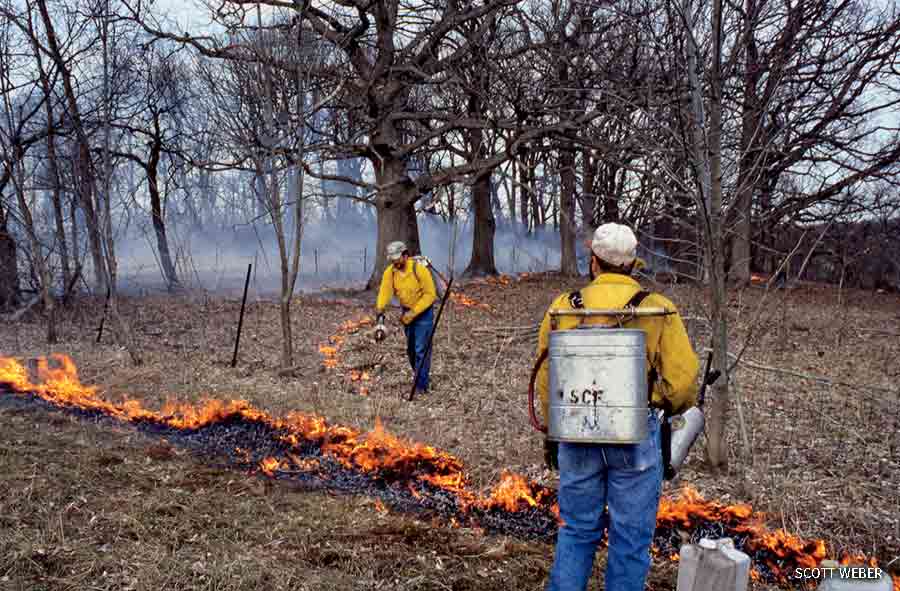 Red oak leaves (below) show signs of oak wilt, a fungal disease that kills thousands of oaks annually. On Wisconsin’s Bluestem Farm, workers light a prescribed burn (above) to control the woody vegetation that outcompetes sun-loving and fire-resistant oaks.

Oak decline imperils wildlife that depend on the trees. In a recent study published in Biological Conservation, researchers report that oak loss in the United Kingdom threatens the survival of 2,300 species, including mammals, birds, invertebrates and fungi. In the United States, scientists estimate that acorns are critical to the diets of more than 100 vertebrates, from wood ducks to black bears. And University of Delaware entomologist Douglas Tallamy says U.S. oaks support 934 species of caterpillars, essential food for songbirds.

In a 2019 Wildlife Society Bulletin report, Hanberry and a colleague posit that an entire suite of birds of conservation concern depends on oak forests. As these habitats have disappeared, species such as the northern bobwhite, prairie warbler, white-eyed vireo and yellow-breasted chat “have undergone consistent declines during the past 50 years,” they write. 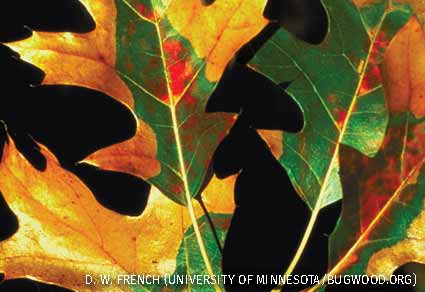 Plants are also suffering. “What we’re seeing from a biodiversity standpoint is grim,” says Nowacki. Oak savannas and woodlands were once carpeted by a rich diversity of sun-loving wildflowers and grasses, from big bluestem, woodland sunflower and aster to hazelnut and blueberry. As shade-tolerant trees colonize open forests and their canopies close, “this wonderful array of ground flora is winking out,” he says. “You’re going from hundreds of species per acre to just a handful.”

To help oaks recover, scientists recommend more use of forest management strategies such as prescribed burning and canopy thinning to give oaks the light they need. Homeowners, too, can play a role by planting native oaks, which also helps wildlife. (Tallamy says oaks are the most important trees for wildlife in 84 percent of U.S. counties.) Such steps may seem small, Westwood notes, “but if everyone acts, they can add up to transformational change.”

Janet Marinelli wrote about rearing monarchs in the June–July 2019 issue.