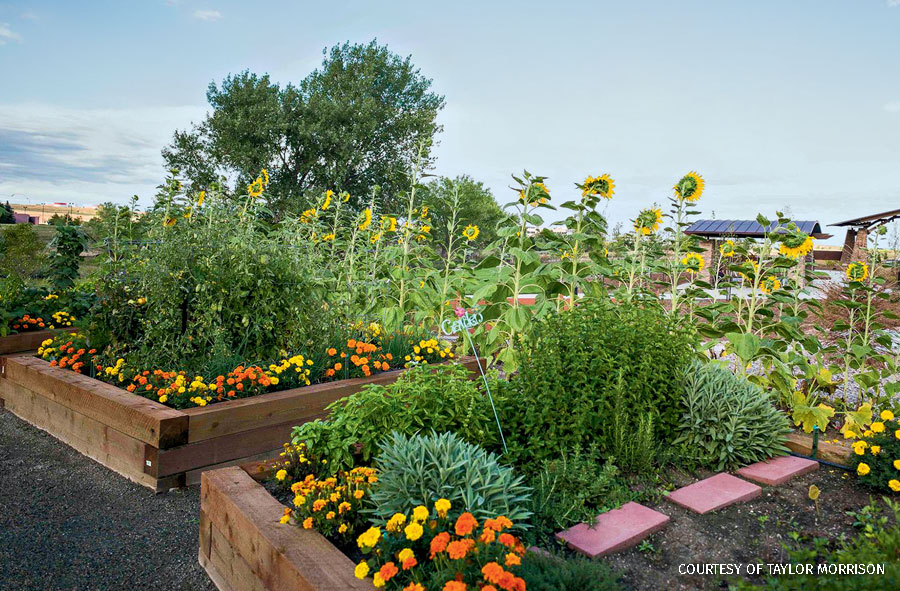 At Skyestone, a Colorado housing community built by Taylor Morrison, a traditional herb and ornamental garden (above) flourishes near more-natural habitats (below) that are home to red foxes (below) and other wildlife.

JUST ABOUT EVERY MORNING, Khushal Habibi walks along the banks of Walnut Creek, a small stream that runs through Skyestone, a 500-home development in Broomfield, Colorado. “It’s a great place for wildlife watching,” says Habibi, a retired U.S. Department of Defense biologist who is originally from Afghanistan. He has seen 84 species of birds on his strolls, including belted kingfishers, western kingbirds, snowy egrets, Swainson’s hawks and great horned owls, along with coyotes, skunks and red foxes. “I really enjoy going out there,” Habibi says, “and so do a lot of other people.” 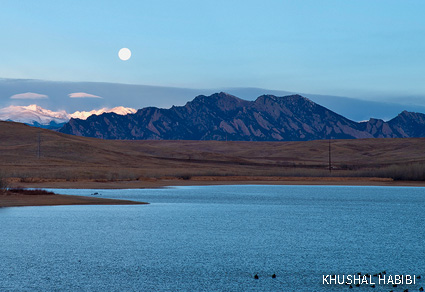 Not long ago, Walnut Creek was nothing more than a degraded area used for cattle grazing and to contain stormwater runoff. But in 2014, Skyestone’s developer, Taylor Morrison, began restoring the tract along with two adjacent ponds. “Today, this open space has native grasses and plants that attract butterflies, pollinators, birds and other wildlife,” says Phillip Cross, the company’s Denver vice president of land. Last year, after verifying the 7-acre space was 100 percent native and pesticide free, the National Wildlife Federation designated it a Certified Wildlife Habitat®—the first step of an innovative new partnership between NWF and Taylor Morrison, the country’s fifth-largest homebuilding company, with 430 communities in 11 states.

Under the partnership, Taylor Morrison will work with NWF to certify as wildlife habitat more than 8,000 acres of open space in its developments. It will also design and plant butterfly gardens, build nature-oriented playgrounds and draft wildlife-friendly habitat management plans. Building on its reputation as an environmentally friendly developer, “Taylor Morrison was looking to take their conservation efforts to the next level,” explains Carey Stanton, NWF’s senior director for education and partnerships. “This partnership with the Federation has given them the opportunity to do that.” 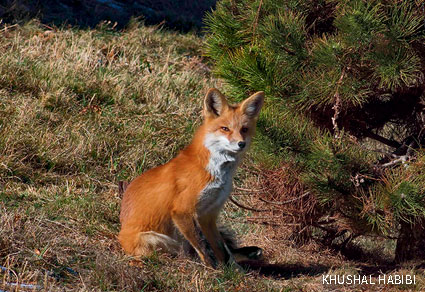 “It all started out with shared values,” Darrell Sherman, executive vice president and chief legal officer for Taylor Morrison, says of the NWF partnership. “We build thousands of homes every year, and we want to respect the environment.”

Wherever Taylor Morrison builds homes, it works with natural features that already characterize a region. In Sky Crossing, a community outside Phoenix, Arizona, for example, the company was careful to preserve existing wash, or flood, corridors. In addition to maintaining drainage, these intermittent waterways allow wildlife to move through the community. “And they are pretty,” adds Colin Phipps, Taylor Morrison’s director of land acquisition. “They are natural deserts flowing through the neighborhoods.” In three other Arizona communities—Copper Sky, Ironhorse and Andaluza—builders enhanced open areas to connect with surrounding desert by cultivating native plants ranging from cottonwoods and desert willows to saguaro and hedgehog cactus.

With input from the National Wildlife Federation, Taylor Morrison has designed butterfly gardens (below) for new homes in Arizona’s Victoria Heights community. Beyond butterflies, such gardens nurture bees, caterpillars and other insects, which in turn provide food for songbirds such as the western tanager (above).

Since teaming up with NWF, Taylor Morrison has committed to establishing butterfly gardens in many of its communities, including one recently completed at its Esplanade Golf and Country Club in Naples, Florida. The company also is encouraging communities to help monarch butterflies by planting native milkweed in common areas and educating residents about what they can do in their backyards. 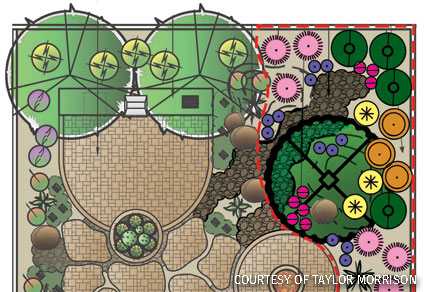 At three new Taylor Morrison developments, the Federation is even participating in the design of the communities’ master plans. At Skye Ranch near Sarasota, Florida, for example, “we are reviewing all of the plants going into this community and seeing where we can increase the number of native species,” says Patrick Fitzgerald, NWF’s senior director of community wildlife. “Even small changes in a master plan can really benefit wildlife.”

Bigger changes are expected as the partnership matures. “More and more land will be dedicated to protecting wildlife,” says Stanton. “And these natural spaces have the potential to be there for many generations, not only helping wildlife but also giving people an opportunity to connect with nature in their own communities.”

Nowhere is that more evident than at Skyestone. Habibi, who moved to the community four years ago, has written a book about Walnut Creek illustrated with his own photographs. Soon he plans to start taking out small groups of neighbors to enjoy the new NWF-certified open space. “It will be a good way to get people to appreciate the environment,” he says.