Bringing back a beloved TV show, celebrating diversity and a challenge for conservation 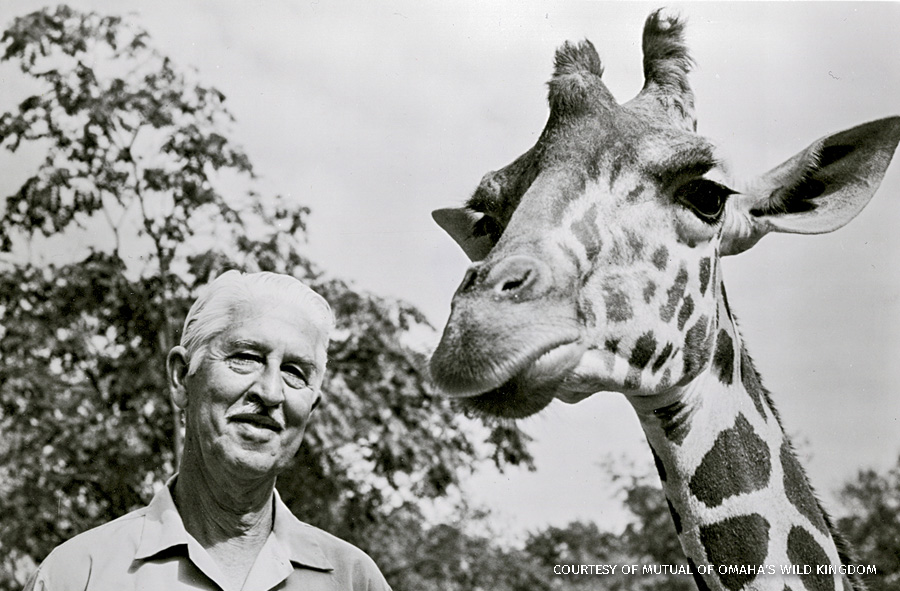 In January 2023, a beloved television series that inspired countless people’s passion for wildlife will be returning to screens. “Mutual of Omaha’s Wild Kingdom Protecting the Wild,” sponsored by the insurance company, is a reboot of the original “Wild Kingdom” and will spotlight conservation success stories as well as feature experts from the National Wildlife Federation. 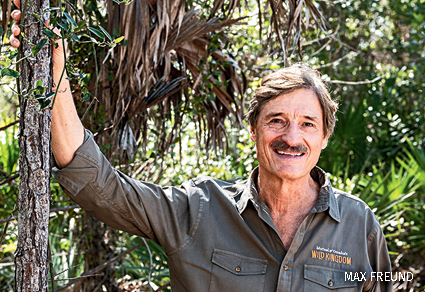 “I’m thrilled to be in several episodes of the new season of ‘Wild Kingdom’ to shine a spotlight on wildlife stories and successes right here in the United States, including Federation projects such as creation of the largest wildlife crossing in the world over the 101 freeway in California,” says NWF Naturalist David Mizejewski.

From black bears in Washington to sea turtles in Florida, the show will span the country, covering a variety of species and addressing the threats wildlife face such as climate change, drought and human interference. The show will also spotlight efforts to protect these species, including work by NWF affiliate Florida Wildlife Federation and Beth Pratt, NWF’s California regional director.

The original “Wild Kingdom” series ran from 1963 to 1987, with hosts Marlin Perkins (above), Jim Fowler and Peter Gros (right) travelling the globe and learning about wildlife. For their work, NWF awarded Conservation Achievement Awards to both Perkins and Fowler in 1964 and 2012, respectively. Gros will continue their legacy by returning as host for the upcoming show, which will be broadcast on RFD-TV and also will be available on the “Wild Kingdom” website along with 330 episodes of the original series. 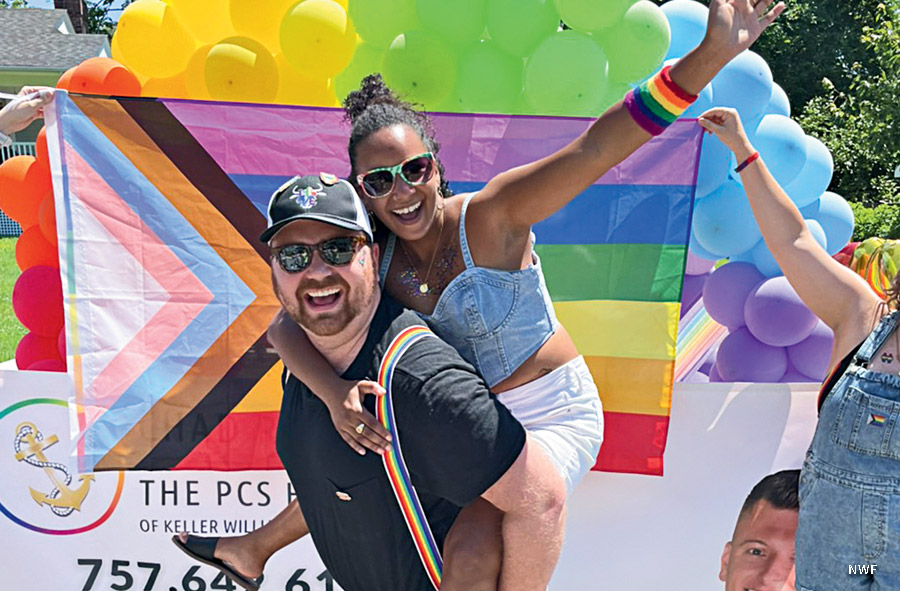 Pride in Our People

A celebration of love

In the United States, June is recognized as Pride Month, celebrating and honoring the LGBTQ+ community and commemorating the 1969 Stonewall Uprising in New York, which was a major turning point for LGBTQ+ rights. This year, NWF celebrated Pride Month by sharing stories from staff and recognizing the struggles the community still faces. 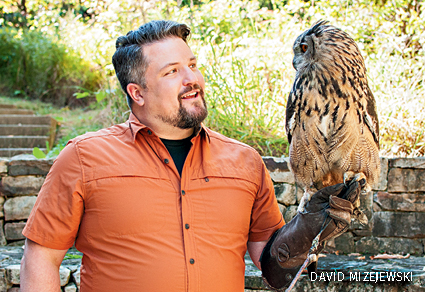 To kick off Pride, NWF’s Mid-Atlantic Regional Center sponsored and marched in the Annapolis Pride parade on June 4th in Maryland (top). Throughout the month, the Federation published Pride-related content on its social platforms, including quotes from staff about what Pride Month means to them and a blog about same-sex relationships in wildlife detailing frequent same-sex behavior in a variety of species such as Laysan albatrosses and bonobos. 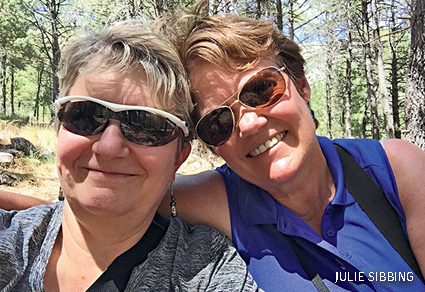 NWF staff also produced “Pride in our People,” an interactive online story map that details the history of the movement and explores how marginalized groups, including many in the LGBTQ+ community, often suffer inequities as well as negative impacts from climate disasters such as flooding, heat waves and other extreme weather.

The site also recommends educational and fun resources, including books, blogs and entertainment as well as a virtual map where users can read stories from LGBTQ+ staff, including David Mizejewski (with an Eurasian eagle owl, above), Julie Sibbing (with wife Maria, middle) and Kasandra Richardson (bottom). 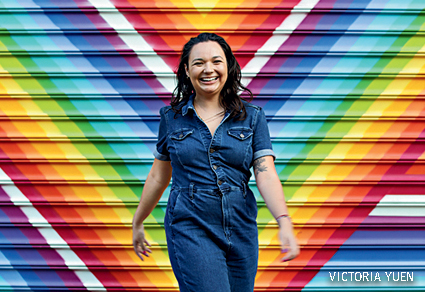 To close out the month, the Federation hosted a Pride celebration for employees and their families on Zoom, which featured trivia, a professional drag performance and a virtual tour of iconic gay places across the nation.

NWF’s mission is rooted in the belief that when we save wildlife, we save ourselves. “In my work at NWF, I consider how respect for wildlife diversity and uplifting diversity in human communities are linked,” says Kate Ekman of NWF’s California Regional Center. “When diversity is valued, we all thrive.” 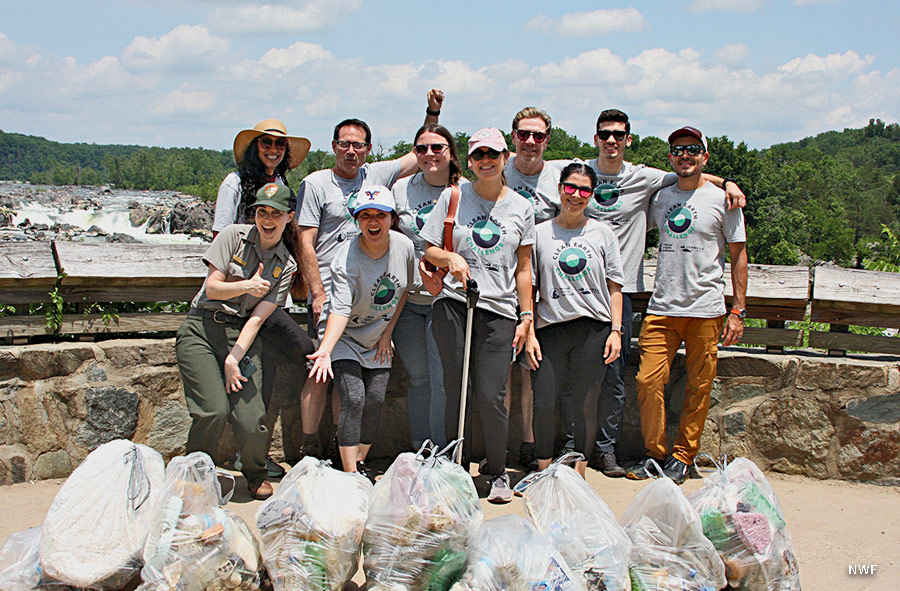 Johnson Outdoors—an outdoor recreation and sporting goods company—and NWF have partnered to launch the Clean Earth Challenge, a trash-collecting competition with a goal to improve the environment by cleaning up 1 million pieces of waste. 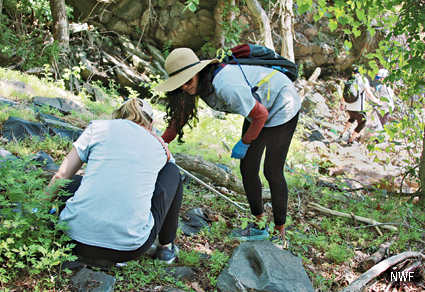 Individuals or groups can register online to compete in the challenge and track their trash collecting using the Clean Earth Challenge website or the Litterati app, and the top 10 collectors will appear on a leaderboard. The website also provides resources for organizing a cleanup, including checklists, safety guides and templates for fliers and social media posts. There are also additional resources for schools participating in NWF’s Eco-Schools USA program such as educational materials for students and microgrants to fund cleanups.

This summer, Johnson Outdoors sponsored a virtual fishing tournament and gave prizes to anglers who collected trash. NWF also organized several cleanups—including one at the Federation’s Earth Tomorrow® Summer Institute in Atlanta, Georgia, a weeklong leadership and environmental advocacy program for high school students—and one at Great Falls Park (right) in McLean, Virginia, where the team (above) picked up more than 1,000 pieces of trash.

“It really makes you take notice that any small or simple action can help improve the health of the planet,” says NWF Associate Vice President of Consumer Marketing Frank Keating, who participated in the Great Falls cleanup. “Anyone can make a difference; all it takes is a little effort.”