A Life Steeped in Protecting Wildlife and Wild Places 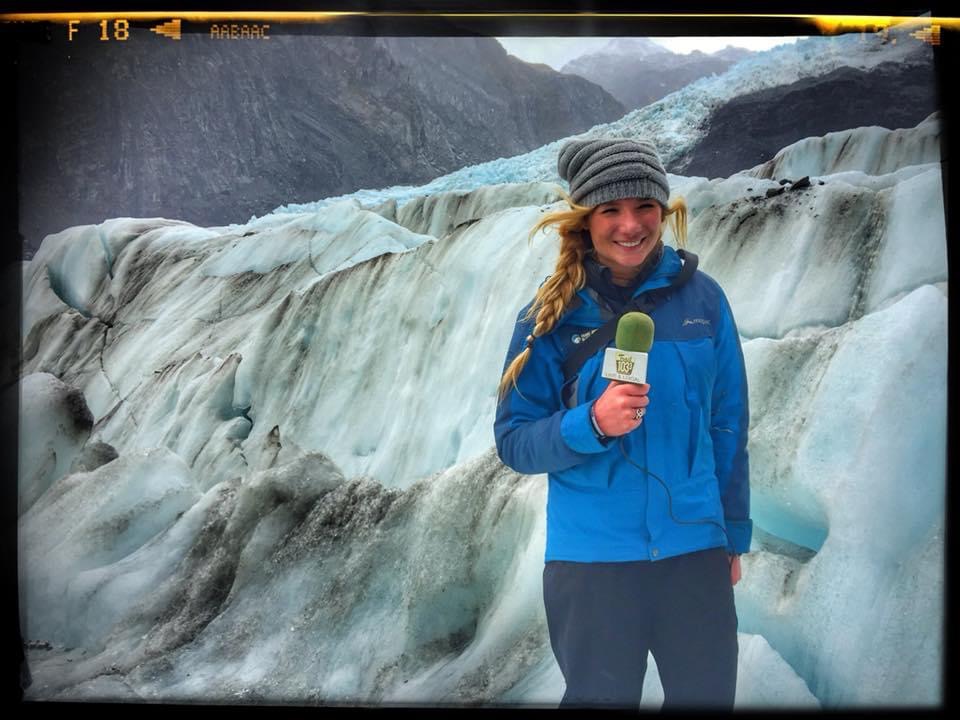 Mandela van Eeden’s love affair with wildlife began during a magical childhood that spanned three continents. For six months every year, she lived in a thatched hut on her family’s private nature reserve in South Africa. Established by her grandmother in the 1960s, the preserve is home to bontebok antelope, ostriches and scores of species of birds. She spent her days exploring the coastal tide pools with her father, fishing to put food on the family table. “From a very young age, I learned about the importance of protecting certain species and taking only what we needed from the ocean. Even during my childhood we noticed how quickly the ocean was changing because of overfishing. It’s almost non-existent on the coast now so fishermen have to go way out to sea." 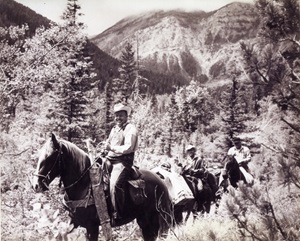 For another three to four months out of the year, Mandela lived in Montana, where her mother’s family goes back four generations. When she wasn’t in school, she would backpack with her family throughout the state and learn about the wildlife of the American West. Her mother was an avid fly-fisherwoman and her grandfather would lead hunting trips on horseback through the Bob Marshall Wilderness every year. Mandela says she loved going to hunting camp with her father to help with the processing and field dressing. “One year I brought an elk heart to school for show and tell!”

Because her mother was a flight attendant, Mandela also spent two to three months every year in Australia, when her mother was temporarily based there. Mandela and her father would fish together and it is there that she fell in love with great white sharks. Raising awareness about the need to protect the sharks has become a lifelong passion. 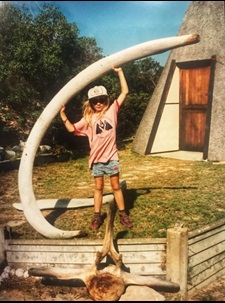 Australia is also where she learned — at the age of eight — to play the didgeridoo, one of the oldest woodwind instruments in the world, developed by Indigenous Aboriginal Australians. “They believe  it is the voice of mother earth. It is a storytelling device which mimics the sounds of the landscape and wildlife.”

Mandela says the didgeridoo has served as a passport of sorts as she’s traveled around the globe, opening up all kinds of opportunities. “Music is an international language. It’s a great way to connect with people.” She says she doesn’t go on any trip without her didgeridoo — and that it even saved her life once. “I was traveling in Uruguay and my credit card was cancelled so I didn’t have any money. I put my fedora hat out and started playing — busking on the street — and raised enough money to get lodging for that night.”

The unusual musical instrument is also a great way to connect with children. Mandela regularly goes into schools to teach children about conservation but she always takes her instrument as a way to begin the conversation. “My parents used to volunteer in classrooms to teach kids about wildlife, survival and the African bush, so I’m just continuing that tradition. There’s nothing better than having parents tell me that their kids came home from school determined to start a cheetah rehabilitation center. I love inspiring people of all ages to think about being a steward of wildlife and the environment — and what our role is in taking care of our earth. 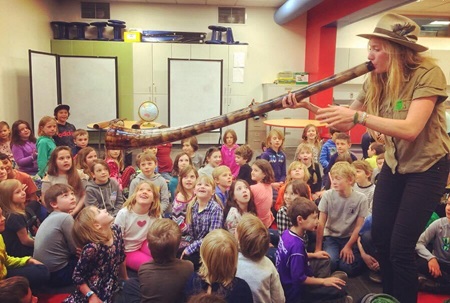 When Mandela turned 18, she began pursuing two passions that she continues today. First, she became a river guide, helping people experience wild places — and discovering that even a single expedition can inspire people to become lifelong conservationists. “I could literally watch the transformation that would happen among people on those trips: sleeping under the stars, watching wildlife, swapping stories. People really started to feel connected to the lands and waters and felt called to work for their protection.” Over the years, she has guided hundreds of expeditions through the Grand Canyon, Idaho, Montana, New Zealand, Southern Africa, and Morocco. 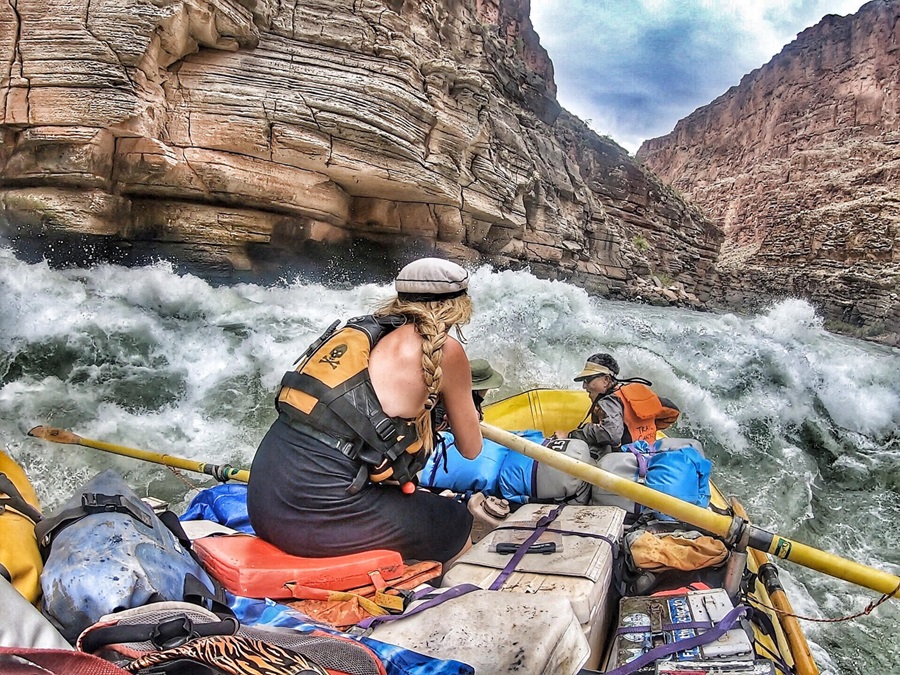 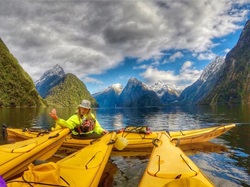 She also began a radio career at 18, with an adventure travel talk show on KBGA college radio in Montana and eventually a weekly radio show on The Trail 103.3 FM. That show has evolved into a podcast called “The Trail Less Traveled” and features interviews conducted in 25 countries. “The idea is to engage listeners in mankind’s earliest form of entertainment — storytelling— to share information and inspiration about our wonderful planet. My goal is to take listeners to these remote corners of the globe using the beautiful world of audio.”

Mandela will continue her own podcast as she assumes her communications duties with the National Wildlife Federation Outdoors team. “So much of my career has been spent introducing people to nature around the world, so that experience will really help me as I now become a conservation guide for NWF Outdoors. My new “river” will be social media, blogs, newsletters, and action alerts and figuring out the best way to inspire hunters and anglers and others so they step up and do their part for conservation.” 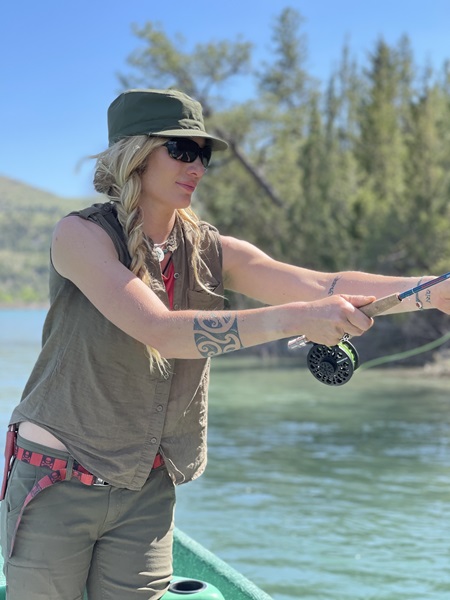 Mandela also looks forward to swapping hunting and fishing stories with the many sportsmen and women who engage with the Federation’s conservation work. If you have a story idea for Mandela, please reach out through email: vaneedenm@nwf.org