Taking a BITE out of Invasive Species (and Boredom) 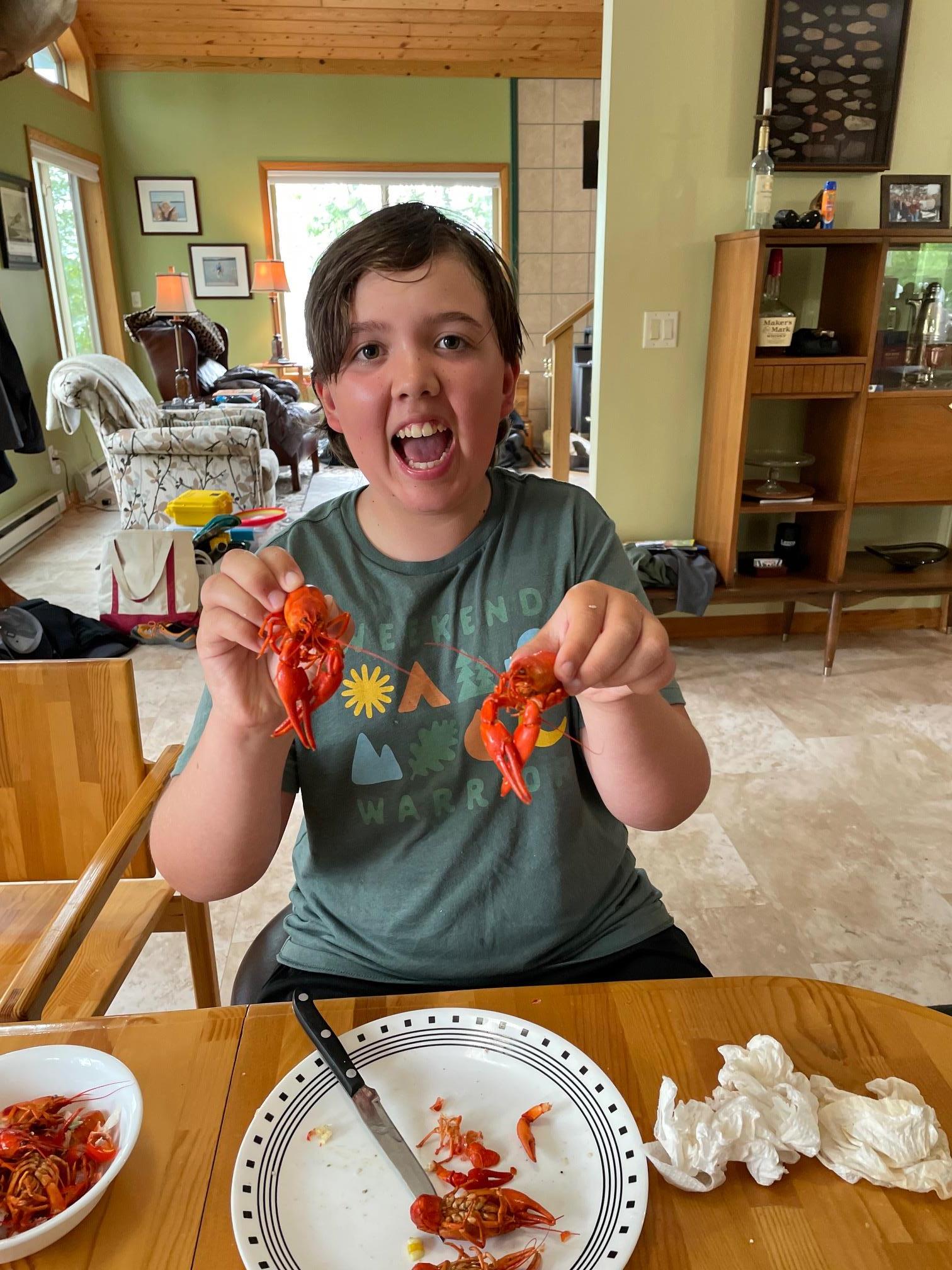 We’re an outdoors family. Everything we do, including my chosen profession with National Wildlife Federation, can be traced back to our love of being outside.  We camp, hike, fish, hunt, gather, bike, and generally LIVE outdoors.

That’s not to say we never “get bored” outside.  As a family with younger kids (12 and 8 years old), we’ve had to learn how to embrace the doldrums that that naturally accompany time between the exhilarations of catching a fish, traversing a ridge line, or crossing paths with moose, wolves, and the myriad of other denizens of the northcountry.

Last month, on a trip to Vermilion Lake in northern Minnesota, we learned a new trick in the fight against the mid-day blues, when the fish aren’t biting and those little idle hands are looking for trouble (good or otherwise)...

Crayfish can be found in nearly every body of water within the Great Lakes.  If you’re near a freshwater body of water, be it a river, pond, stream, or lake… you’re probably in crawfish country.  While there are a number of different crayfish species found in Minnesota’s waters, Vermilion is full of rusty crayfish (Orconectes rusticus).  “Rusty’s” aren’t native to Minnesota, coming from the Ohio River Basin.  They likely hitched a ride with an angler or some other human-powered means and have been trouble for the state since the 1990’s.  They’re typically larger than the state’s native crayfish and easily outcompete the locals.  And our lake was full of them. 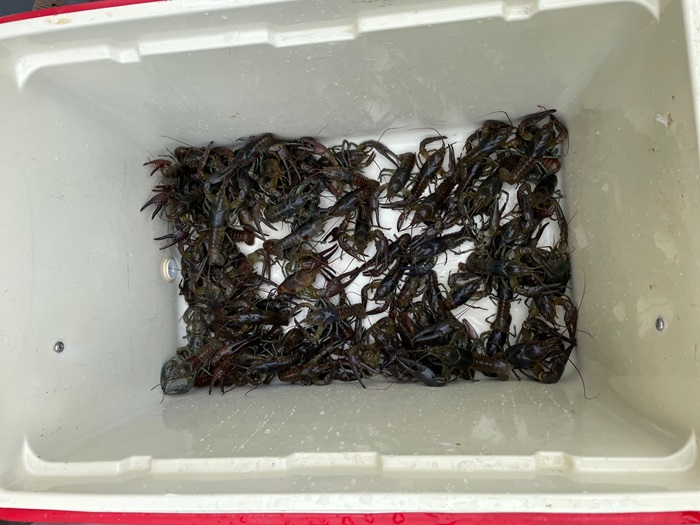 Full disclosure. Trapping exotic/invasive crayfish won’t likely have a population level impact on them or the ill effects their presence is having on native wildlife.  BUT, it helped us illustrate for the kids the risks of moving wildlife, plants, and pests and the impact we, as recreational users of and within the out-of-doors have on our environment.  Plus, it was so much fun.

Loving the idea of fresh jambalaya and living by the creed of “you eat what you catch,” we did some quick internet sleuthing to determine if we could (legally and physically) eat rusty crayfish.  Turns out you can, and the state actually encourages it.  The DNR website notes the daily (and possession) limit is 25 pounds of crayfish. 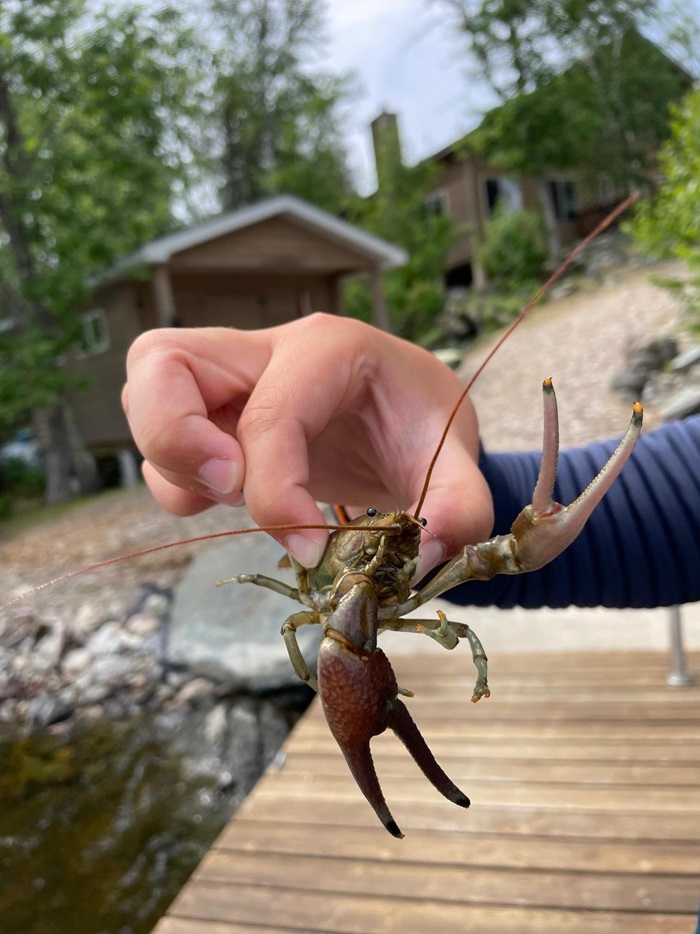 Armed with nets and a minnow trap the kids set to their chosen task immediately… catch as many crayfish as possible for dinner.  The minnow trap was baited with a fish-head from a previous day’s catch then lowered onto the rocks beneath the dock in about 3 feet of water.  For more active hunting (or fishing?), the boys employed a few of our landing nets and took turns setting the nets behind resting crays while the other would “scare” them into propelling themselves backwards into the waiting net.  They had hours of fun chasing the bugs and at the end of it all, we had POUNDS of fresh, free range, crayfish for the table.

Online recipes abound, but we settled on an easy fish boil with some Old Bay seasoning and a cup of melted butter.  Think tiny lobsters… and LOTS of them.  Lessons were taught, fun was had, a delicious meal was provided, and the mid-day doldrums were conquered.  Rinse, repeat…on to the next adventure.

CLICK HERE for more information on catching and eating crayfish.

Jason Dinsmore is a Director of Conservation Partnerships with the NWF Great Lakes Region. Beginning in 1982, NWF’s Great Lakes Regional Center has built an exceptional team with deep knowledge of their region’s conservation challenges. They firmly believe that when communities are healthy, wildlife will flourish too. They recognize that Equity and Justice are essential to creating healthy habitats for all. They work to protect and restore the region’s water and wildlife resources from the majestic Great Lakes to the Upper Mississippi River, from the Ohio River to the Boundary Waters Canoe Area Wilderness. 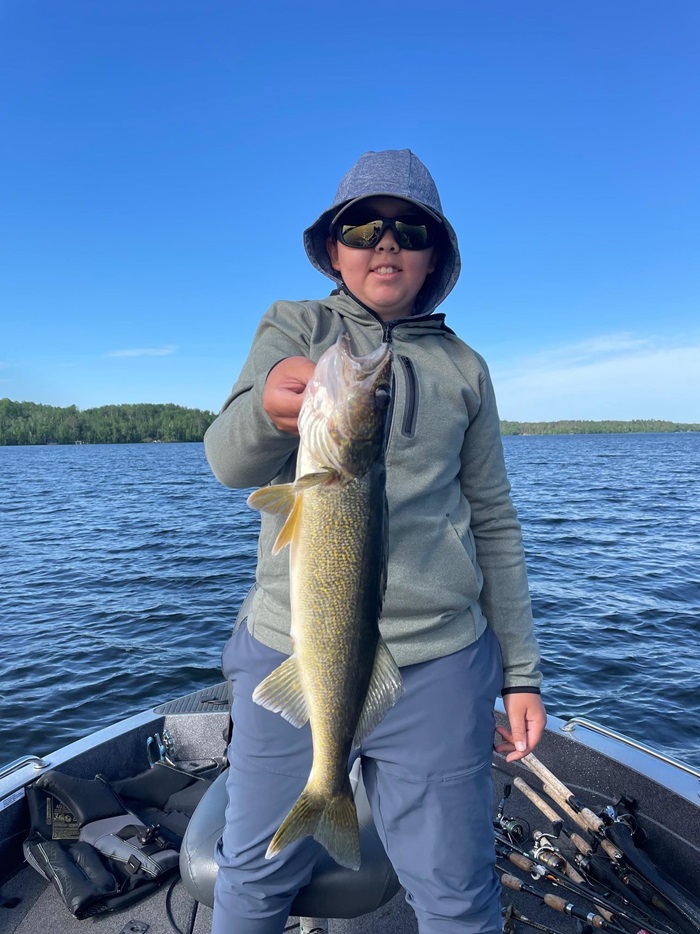