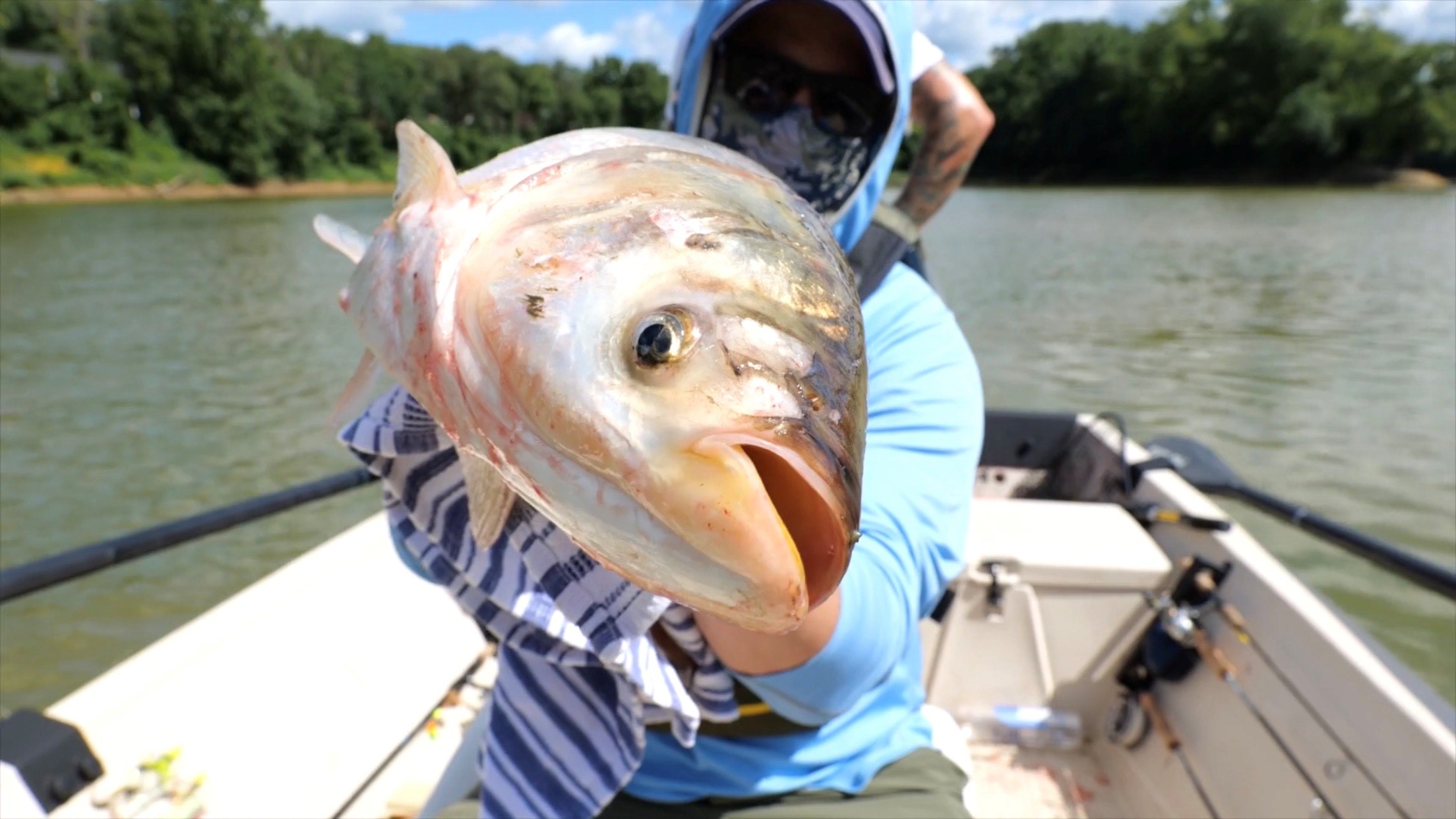 Today, our team at the National Wildlife Federation Great Lakes Regional Center released a new film exploring the national scope of the problems caused by invasive Asian carp. The film, Against the Current, focuses on the impact Asian carp have on the values and economies they threaten in the Great Lakes and the impacts they’re currently having in Southern and Midwestern waters.  Furthermore, it highlights what’s needed to stop them. It features diverse viewpoints representing scientific, tribal, business, tourism, fishing, outdoor recreation, and conservation communities from northern Michigan to Tennessee.

I was proud to work on this film and we hired Jordan Browne – who also produced our Northwoods Unleaded film – to produce, film, and edit Against the Current. I served as executive producer, managing the whole process of making the film. It was personal to me, in a way, as I’ve been working on keeping Asian carp out of the Great Lakes throughout my career, dating back to the law review paper I wrote on it to graduate from law school a decade ago. What I found through making the film is that the issue is much broader than just it’s potential impacts to the Great Lakes, though.

We deliberately explored the often underpublicized – but extremely important – values at risk from invasive Asian carp across a wide swath of the country. We often hear of potential impacts to the Great Lakes sport fishery but we also wanted to show the threat to connected inland waters, tribal fisheries, and the outdoor recreation and tourism economies. We hear frustration that nothing is being done about Asian carp, so we wanted to show some of the projects already completed, as well as the things that still need to be done to stop Asian carp. We wanted to show the impact they’re already having in places that we don’t often hear about like inland rivers in Indiana, and in ways we don’t often hear about like property values and even duck hunting in Tennessee. The film shows that Asian carp aren’t just a Great Lakes fishing issue, they’re a national issue affecting our waters, our economies, and our way of life.

It also expanded my understanding of how invasive Asian carp impact and threaten recreational fishing and hunting.

Ali Shakoor is a scientist, tournament walleye angler, and charter fishing captain who I met earlier this year at the National Professional Anglers Association Conference. He’s worked on studies modeling the viability of Asian carp to survive in the Great Lakes.

“Some of the research has shown that they would be able to survive in the Great Lakes if they’re introduced to the waters of Lake Michigan,” Shakoor said. “The rivers along the Great Lakes, there are several with the correct parameters for spawning success. Some of the projects I’ve worked on have shown that they could have negative impacts on food webs in places such as Lake Erie, Saginaw Bay, Green Bay, by out-competing some of the native plankivores – alewive, bloaters, gizzard shad, for example – which would then have a cascading effect across multiple trophic levels.” 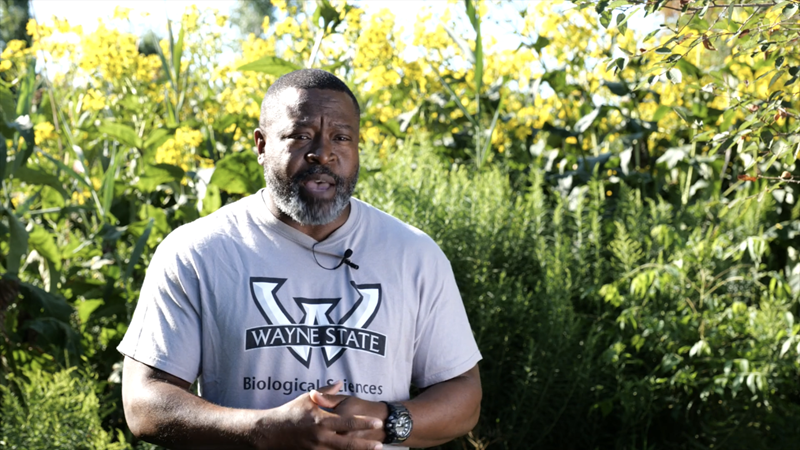 The first scene we shot was with fishing guide Tom Werkman of Werkman Outfitters on Michigan’s Grand River. He established his business on the Grand River in 2016 due to its abundant fishery for species like smallmouth bass, northern pike, and steelhead, but also for its proximity to a major metropolitan area, Grand Rapids. The Grand River has the largest drainage of any river in Michigan and flows to Lake Michigan, connecting at Grand Haven. If Asian carp invade Lake Michigan, they could invade the Grand River, too.

“What’s starting to keep me up at night is the Asian carp. If that were to get into this river system it would decimate the biodiversity that’s here,” said Werkman. “Much like a dredge homogenizes a river, you’re going to have the same thing with Asian carp, because they effectively just dredge everything. They root everything up, they eat everything, from the plankton, which all those small species depend on for the larger species, and there’s just no predator that can keep them in check.” 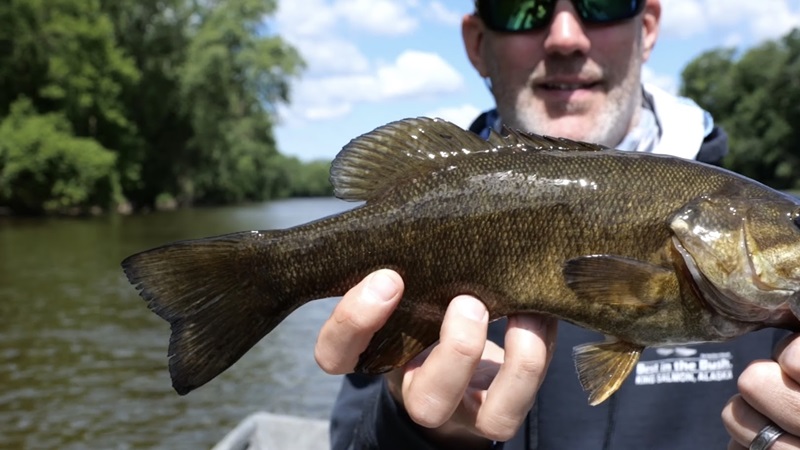 After hearing about how Asian carp risk Great Lakes and inland fisheries if they were to invade, we wanted to see how they were already impacting waters they’ve invaded. We joined Dave Hosler of Pile Cast Fly Fishing and Don Cranfill of Driftwood Outdoors on the Tippecanoe and Wabash Rivers in Indiana, which are infested with bighead and silver carp.

“We were fishing for smallies and I smacked a paddle on the water,” said Hosler, “and three silver carp came up just like rockets and I caught one right to the chest and my feet – because you’re in a canoe and not expecting it – just went up and I landed straight on my back. I found out that big silver carp to the chest really hurts.” 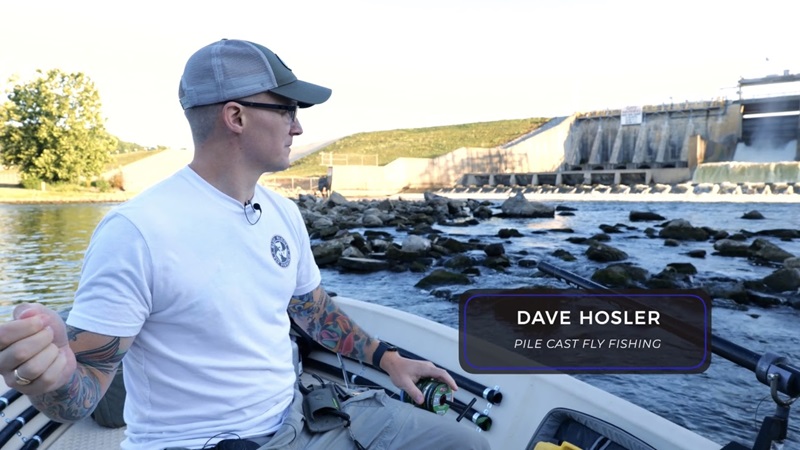 We saw numerous silver carp jump out of the water both disturbed by the motor on Hosler’s drift boat and even by the paddle strokes of Cranfill in his canoe. One even jumped in the boat with me and I had to jump out of the way, otherwise it would have taken out my legs. The experience really hit home for me in that, like many, I fish on my time off to relax and it’s impossible to relax and fish when you’re anticipating that 30 to 60-pound silver carp could fly at you from any direction at any moment.

“This is typical of most rivers in Indiana right now,” said Cranfill. “The White River is bad with these Asian carp. They’ve affected the fishing in southern Indiana tremendously. These things have devastated the rivers and creeks and they’ve really affected the fishing.” 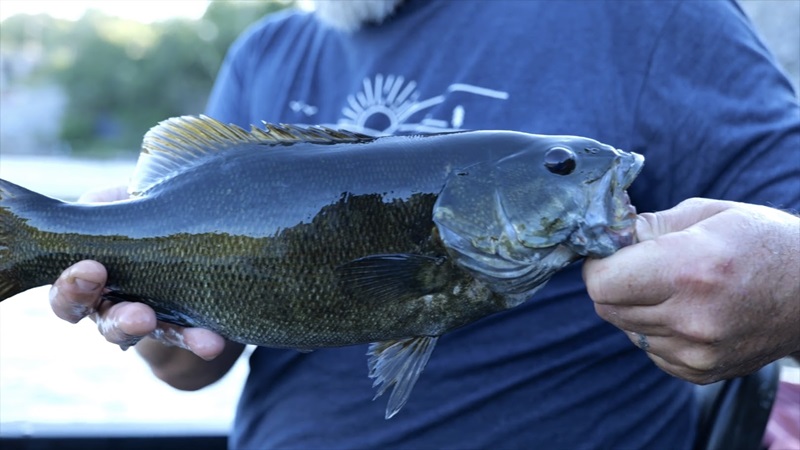 While I was surprised by the extent of the Asian carp invasion in Indiana, I was even more surprised by one of the impacts they were having in Tennessee. My colleague Bill Cooksey is a sportsman’s outreach coordinator for Vanishing Paradise, but he also lives in Tennessee and has a lot of first-hand experience with Asian carp both fishing and hunting. We joined him and Mike Butler, CEO of the Tennessee Wildlife Federation, at Camden Bottoms and Kentucky Lake.

“When you’re running these trails at 4 a.m. going duck hunting, I’ve been in places like this with ice on the water and you’re breaking ice with your boat and suddenly carp are coming up through the ice and jumping in your boat and hitting you in the head,” Cooksey said. “And if you think that’s a rush during the daylight, you ought to try that at 4 a.m.” 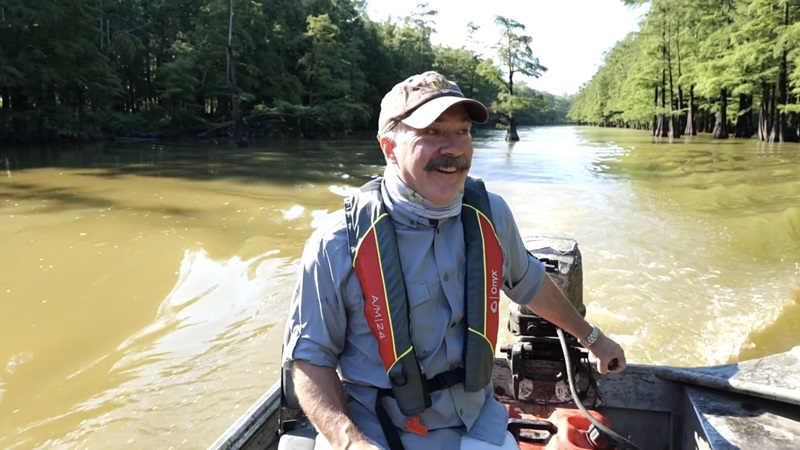 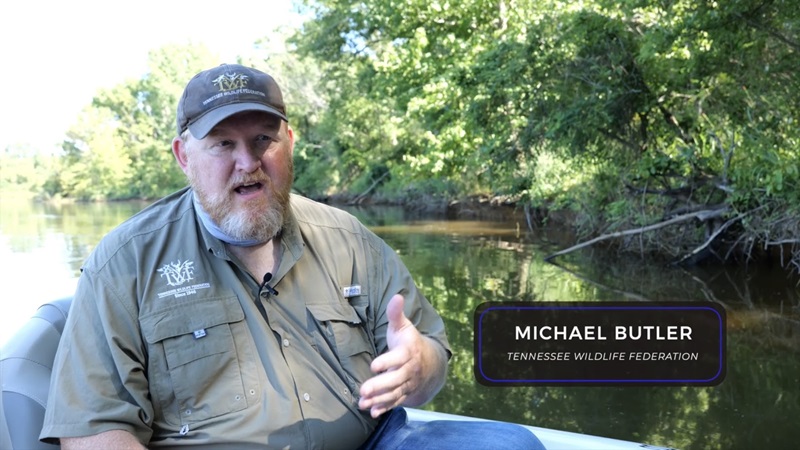 While Asian carp are harming fishing and hunting throughout the South and Midwest, there are strategies for stopping them. In the film, Butler describes the “block and tackle” strategy of putting barriers on the dams in the region to block Asian carp from invading new waters and fishing them down with commercial fishing. The Tennessee Wildlife Federation has organized a coalition that advocates for the funding for state and federal agencies to implement the strategy.

Strategies also exist for keeping them out of the Great Lakes. In the film, Emily Wood, executive director of the Indiana Wildlife Federation, describes how the Eagle Marsh berm in Ft. Wayne, Indiana,  – completed in 2016 – prevents the Asian carp-infested Wabash River from flooding into the St. Mary’s River which flows to Lake Erie. And Robert Hirschfeld, water policy specialist with the Prairie Rivers Network, describes how the Brandon Road Lock and Dam plan will keep Asian carp from the Illinois River out of the Chicago Area Waterway System and Lake Michigan. 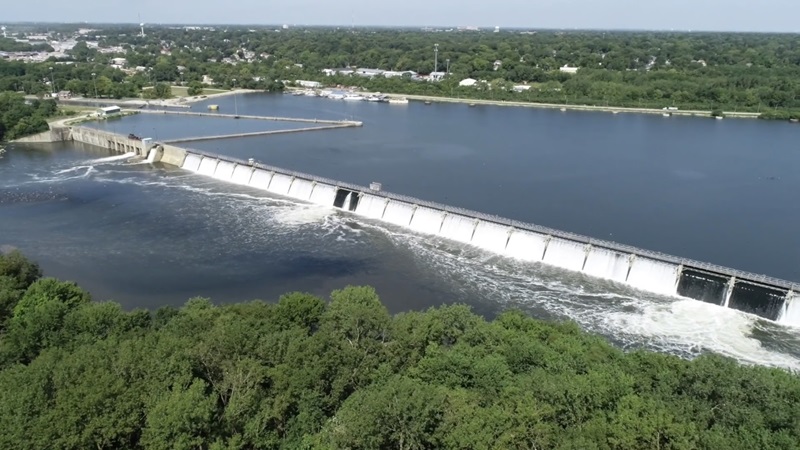 Asian carp are a national problem requiring national solutions to both keep them out of the Great Lakes and to fish them down and halt their advances in Southern and Midwestern waters. Watch the new film Against the Current to learn more.