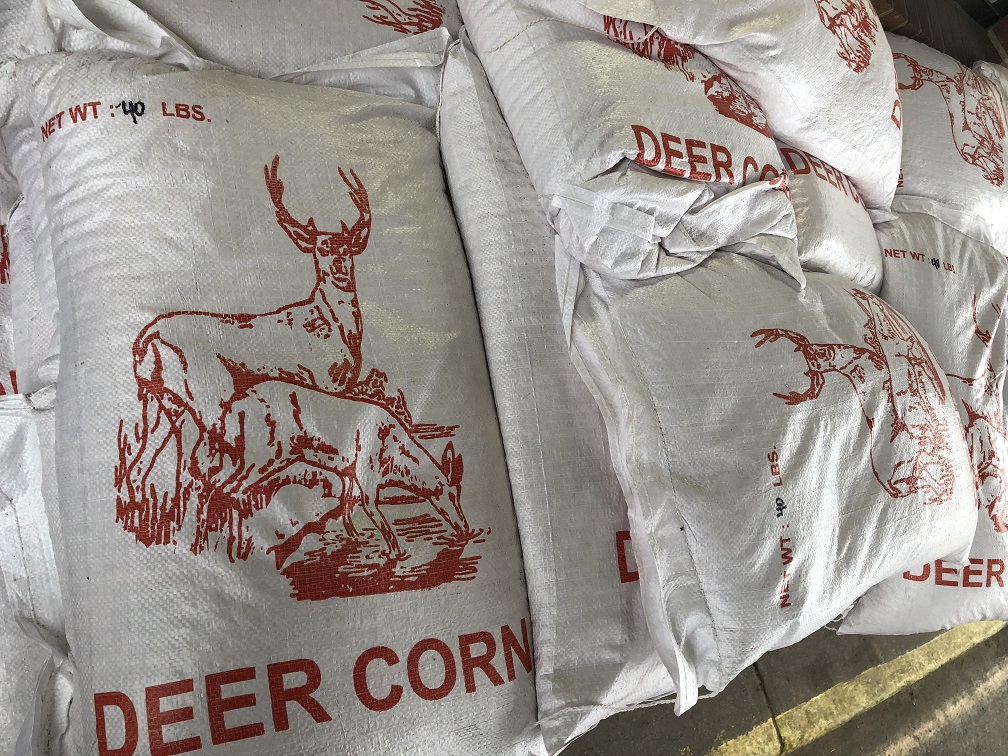 Chronic Wasting Disease is a deadly disease affecting cervids like deer and elk. State wildlife agencies have been grappling with how to manage it to limit its spread in their deer herds, and nowhere is that struggle more explosive right now than in my home state of Michigan. After the Natural Resources Commission approved a ban on baiting and feeding deer and elk in the Lower Peninsula, and parts of the Upper Peninsula, to mitigate the spread of the disease, politicians introduced bills to strip the Natural Resources Commission of its authority to regulate baiting. These moves threaten not only the future health of Michigan’s whitetail and elk herds, but also the integrity of Michigan’s scientific wildlife conservation decision-making process.

Michigan found its first CWD-positive free-range deer in 2015. Chronic wasting disease is a prion disease, related to “mad cow disease,” that leaves cervids like deer and elk emaciated, wasting away. It is always deadly, either directly or through the effects of its symptoms, though wildlife can be infected and spread the disease long before they show symptoms. Michigan immediately implemented its existing CWD management plan, which included mandatory testing and a baiting ban in a core area surrounding where the deer was found, along with carcass movement restrictions. However, the disease soon started cropping up in surrounding counties as testing increased.

In 2017, Michigan convened a Chronic Wasting Disease summit and the Natural Resources Commission created a Chronic Wasting Disease Work Group to offer recommendations on how to manage and fight the disease. They delivered those recommendations in 2018, which included a statewide baiting ban originally included in the DNR’s 2002 CWD Management plan. Michigan had banned baiting in the Lower Peninsula once before, in 2008, when a captive deer in a high-fence facility tested positive for CWD. In 2011, though, the NRC reversed the ban, but implemented a two-gallon limit.

Upon the recommendations of the CWD Work Group and DNR biologists, the Natural Resources Commission adopted a set of CWD management regulations in the summer of 2018, including a ban on baiting in the Lower Peninsula and a portion of the Upper Peninsula, due to a CWD-positive deer found in Menominee County, which borders Wisconsin where CWD is rampant. The ban wasn’t effective until this deer season, 2019, though, to give farmers who grow and sell bait and hunters who use it a season to adapt and plan for its ban. Also in 2018, the Association of Fish and Wildlife Agencies released a technical report on best management practices for CWD, which included a ban on baiting due to the scientific evidence that baiting causes an unnatural concentration of cervids around bait sites that are additive to natural food sources, increasing the risk of spreading wildlife diseases like CWD. In 2019, legislation was introduced in the Michigan Senate and House of Representatives to revoke the Natural Resources Commission’s authority to regulate baiting and feeding of deer and elk.

The current controversy goes back much farther than, and the threat is much broader, than the baiting ban. In 1996, Michigan voters approved Proposal G with two-thirds of the popular vote to grant exclusive authority to the Natural Resources Commission to regulate the taking of fish and game using principles of scientific wildlife management. Led by Michigan United Conservation Clubs (the National Wildlife Federation’s Michigan affiliate), the proposal defeated a competing initiative to ban the use of hounds or bait in bear hunting, and has been held up by the state’s hunters and conservationists as a victory for the North American Model of Fish and Wildlife Conservation.

Michigan’s Natural Resources Commission (NRC) was established in 1922 as the Conservation Commission as a way to provide a buffer between wildlife conservation and politics. The seven commissioners are appointed by the governor, but they serve staggered terms and can’t have more than four of any one political party. The result is that it is difficult for any one governor to stack it with members of his or her political party. The NRC holds monthly meetings, open to the public, where they receive presentations and recommendations from Department of Natural Resources biologists on all aspects of fish and wildlife conservation, including proposed fish and game regulations and harvest limits. After often lengthy public comment sessions, commissioners vote on proposed orders.

It’s not a perfect system, but NRC commissioners are not politicians and must listen to presentations from professional biologists before voting. This exempts wildlife orders from the political horse-trading of the legislature. Whether or not an order is adopted will depend on the judgment of commissioners, after listening to biologists and public commentary, about whether the order conserves Michigan’s natural resources, not because one senator has a personal interest in it and another needs his or her vote on an unrelated bill.

This model was held up as a model for other states by the independent state affiliates of the National Wildlife Federation (like Michigan United Conservation Clubs) in 1996 when they adopted a policy resolution to encourage citizens’ commission authority over state and wildlife resources, noting that “we believe that all wildlife resources should be managed by broad and stable citizen representation and by wildlife professionals rather than by special political interests or political staff appointees.”

However, now that system is in jeopardy. On November 13, just two days before Michigan’s firearm deer opener, the Michigan Senate passed HB 4687, introduced by Rep. Michele Hoitenga (R-Manton), to strip the Natural Resources Commission of its authority to regulate baiting and feeding of wildlife, despite opposition from over 40 hunting, fishing, and conservation groups including Michigan United Conservation Clubs, Quality Deer Management Association, Ducks Unlimited, and the National Wildlife Federation. Last week the Michigan House of Representatives concurred in passing the bill with amendments from the Senate limiting bait to five gallons (the previous regulation was two gallons). The bill now heads to Gov. Gretchen Whitmer to sign or veto, and she has indicated that she intends to veto it.

This legislation goes directly against the express language and purpose of Proposal G to manage wildlife using sound science through the Natural Resources Commission, instead politicizing wildlife management and risking the faster spread of Chronic Wasting Disease to satisfy the vocal dissent of a subset of hunters who want to continue to bait despite its risk to the deer they hunt.  It is now up to Gov. Gretchen Whitmer to veto the legislation, or else not only will the future of Michigan’s deer herd be in jeopardy, but so will the very integrity of its scientific wildlife management system.