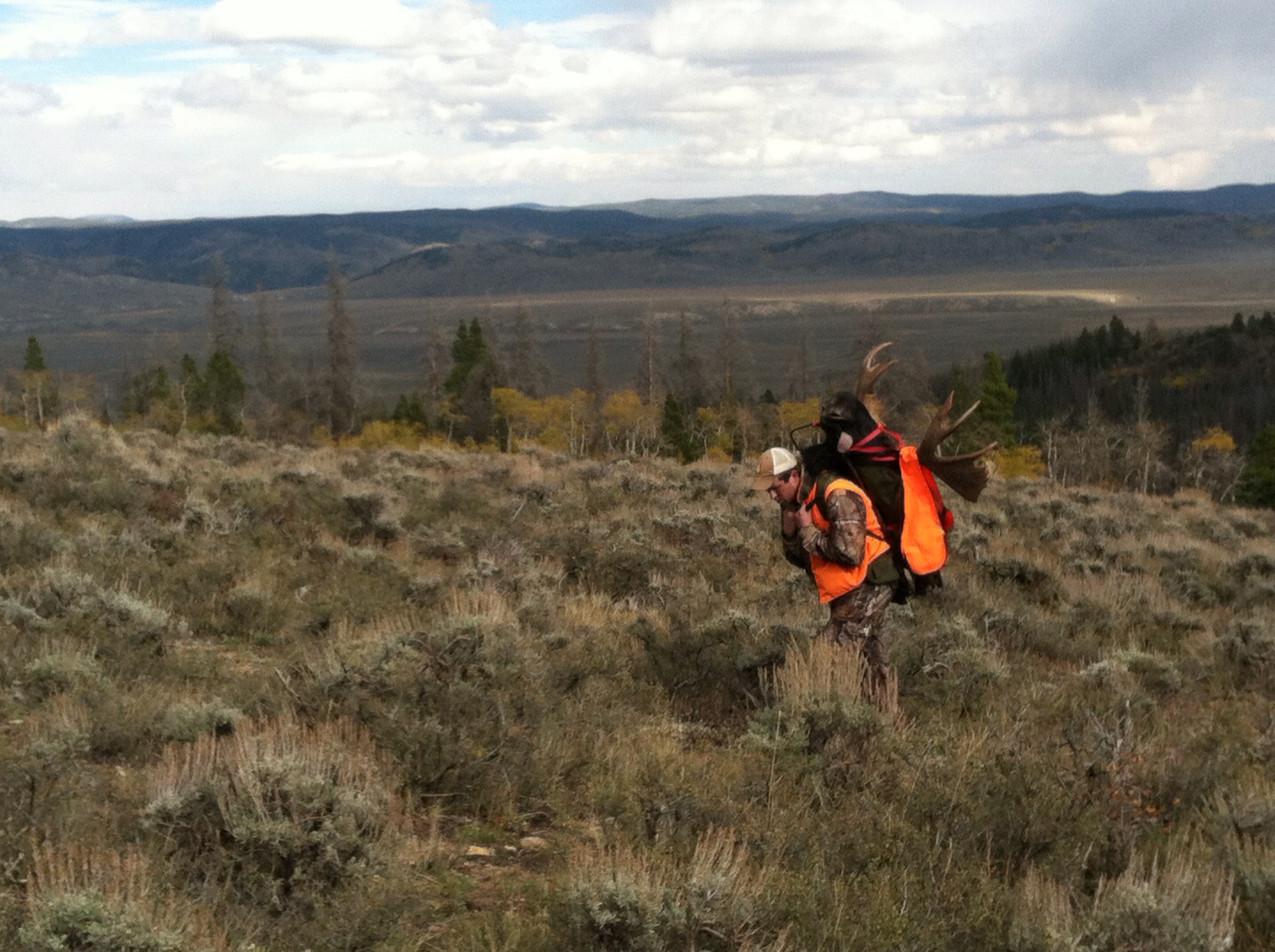 From a backcountry tent to law school and advising Wyoming’s former governor Matt Mead on wildlife policy, David Willms has led a varied and significant conservation career built on forging relationships with people of different sides of conservation issues. Which made him a perfect fit for the National Wildlife Federation.

Willms is the Senior Director for Western Wildlife at the National Wildlife Federation, working on wildlife issues like migration corridors, endangered species policy, oil and gas policy, and public lands. And it all started with his love for hunting and fishing.

“If it walks or flies, I’m probably hunting it,” Willms says. “I mean seriously, sometimes even in August, before anything opens up, or even July and I have a hankering to hunt something, I’ll go out and hunt Eurasian collared doves,” which are invasive and have a year-round open season in Wyoming. “Just to get rid of them, also I think they taste great.”

“If I can draw a moose tag, I’ll hunt moose. And I’ve been putting in for a bighorn sheep and mountain goat but never drawn, but I’ll hunt those if they’ll let me.”

His favorite wildlife to hunt, though, is elk, which his father introduced Willms to, and who was in turn introduced by his grandfather. 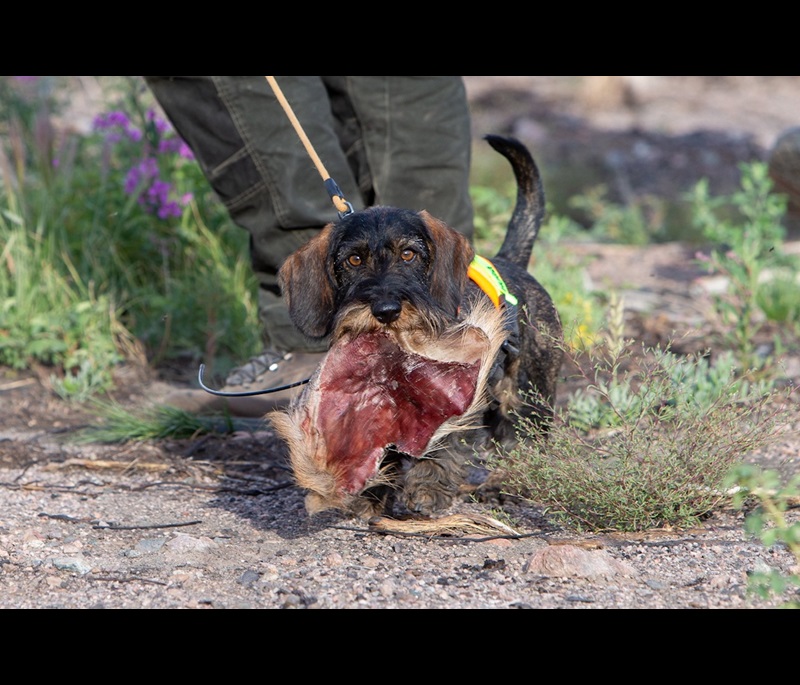 “I think part of it is they’re so big, and then there’s the country that they occupy,” he said. “It’s just this huge and remote big time backcountry that you’ve got to be in the best shape of your life to do it, or at least the way that I like to do it.

“If you’ve ever heard an elk bugle, it sends chills down your spine. Just everything about elk is so cool. They seem just prehistoric to me. They can run up mountains at 30 miles and hour and you just cover ground like you can’t imagine and your shot placement has to be perfect because they’re so tough.”

Last season was one of his favorite elk hunts.

“I actually had very little time to hunt and there’s a big blizzard rolling in, and I saw it rolling and made the decision, okay, we’ve got to get snowed in, not snowed out, so everyone else is leaving the mountain and we’re driving in and setting up camp. 40 minutes after sunrise a herd of probably 200 elk wandered up a ridge above us so we took off to see if we could catch up to them. Then all of a sudden two straggling bulls came up, so we laid out and I shot my bull.”

That’s when the work started and the blizzard picked up.

“We’re maybe four miles from camp at this point, and the temperature dropped to the point that the Gatorade in our packs froze solid and we’re sticking it in the elk carcass as we’re working on it to warm it up enough to get a few sips.

“By the time the storm was done it had dumped between 20 and 30 inches of snow and we wound up packing that elk out for two days.” 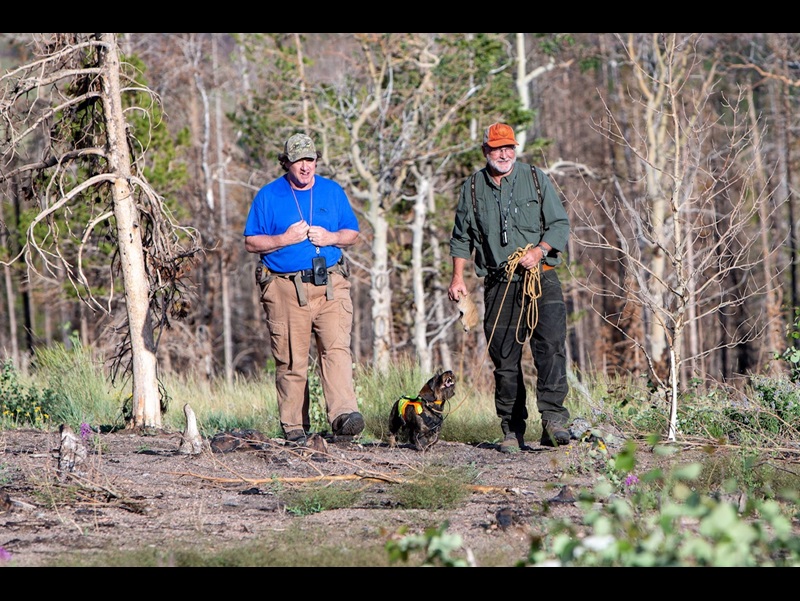 This love of hunting led Willms to his conservation career.

Willms paid his dues in the field, though, working as a field biologist during summers in college and law school far from civilization in Wyoming’s backcountry studying prairie dogs and their associated species.

“I joke that I did it to pay my way through law school, because everyone who works in biology knows you don’t make anything,” Willms said. “It was a way to make a little bit of money just living in a tent in the middle of nowhere for months at a time because everything I made I got to stick in my pocket. I didn’t have any overhead; the tent was paid for.”

Working in the field reaffirmed Willms’ desire to work on wildlife conservation policy… from a desk. Especially the time he tore a hole in his car’s gas tank 60 miles from the nearest town.

“It’s not as glamorous as it sounds, living for months at a time in a tent. I call it Type 2 fun, because I thought it was pretty miserable going through it, but in hindsight, I had some really cool experiences that I wouldn’t trade.”

One of the places he worked was in one of the largest intact blacktail prairie dog colony complexes in the country, which made it a desired location for reintroducing endangered black-footed ferrets. Twice presumed extinct, a small population of black-footed ferrets was discovered near Meeteetse, Wyoming in 1981. By 1986, the final 18 remaining ferrets were removed from the wild, and became part of a sophisticated captive-breeding and reintroduction effort. That effort has helped them recover to the point that, even though they’re still listed as endangered, biologists believe recovery goals are attainable.

“If you want to talk about the quintessential recovery story, that could be it. We know the roadmap to recover them. The roadmap is getting ferrets on the ground in prairie dog colonies, because that’s all they eat.”

The road map is establishing sustainable, naturally reproducing populations in several states around the west. Prairie dog colonies are critical to this recovery because prairie dogs comprise nearly all of a ferret’s diet. It isn’t as simple as just finding prairie dog colonies and releasing ferrets, though. The colonies frequently span a mix of private and public land, meaning that biologists have to work with private landowners. Even though the place Willms worked could support ferrets, local resistance makes reintroduction there impractical. However, many other locations support ferrets after coming up with solutions that work for land owners and the broader conservation community.

“My experience helped me to understand and sympathize with the resistance that some land owners have to reintroducing ferrets. From the outside looking in, you might say ‘why are these people being so unreasonable?’ But immersing yourself in there really getting to know the community and understanding the dynamics on the ground really helped me understand and respect exactly why that’s the case.” 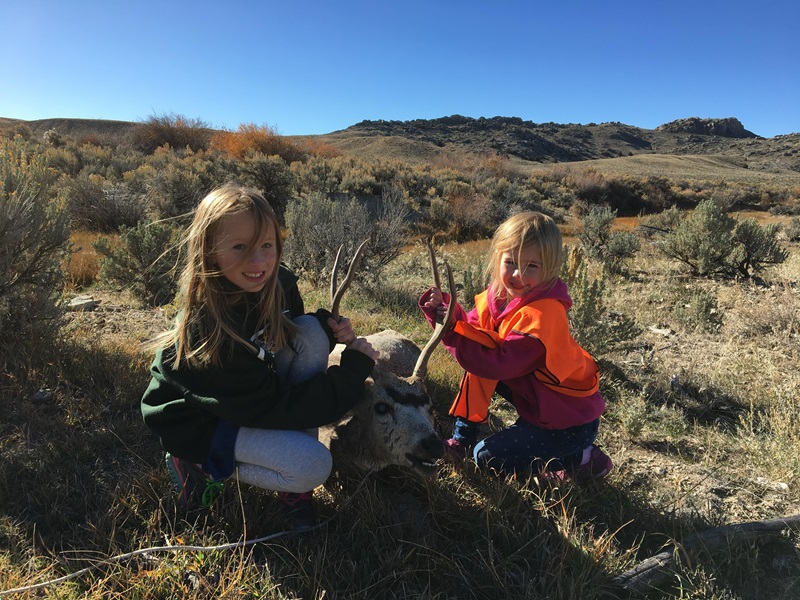 That field experience helped Willms understand the importance of building relationships and understanding the nuanced sides of complex conservation issues in building wins for wildlife. Willms took that experience to the Wyoming governor’s office to serve as a policy adviser for then-Governor Matt Mead after working on land, water, and wildlife issues for a decade as a Senior Assistant Attorney General and private practitioner.

“One day, I got a call from the governor’s office and they asked if I want to come over and join them as a natural resource policy advisor. And when the governor calls, there’s only one right answer. And it’s not ‘no’.”

Governor Mead and his staff played an integral role in negotiating the 2015 sage grouse recovery plans. He discussed this on one of the first MeatEater Podcast episodes and was on location for the MeatEater television episode filmed at Gov. Mead’s ranch, blending Willms’ personal love of sage grouse hunting and his conservation policy career.

“Every time he mentions ‘my buddy Dave,’ on that episode, that’s me. I felt bad because I took him out and we found sage grouse that evening but they weren’t ready to start filming and then it took two days.”

“That wasn’t just across Wyoming, it was across the western U.S. That was pretty remarkable to see that happen. And the whole idea was a recognition that we’re going to have (oil and gas) development somewhere, but we should prioritize it away from key sage grouse habitat to ensure that we still have sage grouse and they don’t have to be listed.”

Unfortunately, those plans were dismantled by the new presidential administration, and a revised “energy dominance” plan was put in place in 2019. Whether the 2015 agreement will be reinstated is in the courts now. “It’s pretty messy,” Willms said.

The relationships Willms has forged with both elected officials and landowners have carried over to his work with the National Wildlife Federation. Working with landowners is especially important for western wildlife, even where public land is abundant. Often the most productive habitat, and winter range for species like elk, is on private land due to where settlers established ranches under the Homestead Act in the 19th century. When ranches are sold to create subdivisions, wildlife can lose important habitat.

“There’s incredible value to maintaining the intact landscapes and keeping a working landscape on these big ranches,” Willms said. “And it’s a really complex dynamic how you do that, and how you navigate that to ensure that you have these intact landscapes that can benefit wildlife. That’s hard. It’s not as simple as people think.” 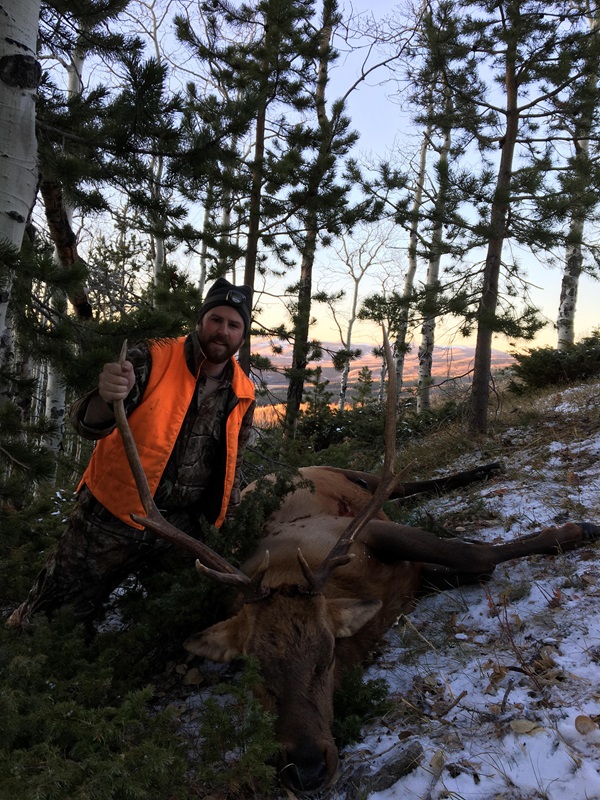 One of the issues he’s working on now is no less complex: ending noncompetitive oil and gas leasing on public lands. When public lands are leased, half of the revenue goes to the federal government and half goes to the state. In competitive bidding, the most productive lands for oil and gas are being leased, and the land generates significant revenue.. In noncompetitive leasing, though, unproductive lands for oil gas are being locked up for as little as $1.50 an acre, providing very little revenue to states or the federal government. Even though it’s unlikely that the land will be developed for oil and gas, it locks the land up and discourages wildlife habitat management and conservation planning, because the land could be developed any time.

“Why would you as a federal or state agency, or as a nongovernmental organization wanting to invest in conservation projects, why would you throw all of your money on a project that could be theoretically developed for oil and gas?”

Amidst all his conservation work, hunting, fishing, and raising a family, Willms also hosts his own podcast, Your Mountain, which explores hunting, public lands, and conservation issues, serves on the board of the Wyoming Wildlife Federation, and teaches at the University of Wyoming. This summer you’ll find him fishing, but not many places where it would be easy to find him.

“My absolute favorite thing to do is fly fish,” he said. “I love to take these big backpacking treks in the summer and hit those high mountain streams and lakes and catch the stuff that has never seen a fly before. But I also have little kids and we’ll go drown worms at local lakes, too, after work.” 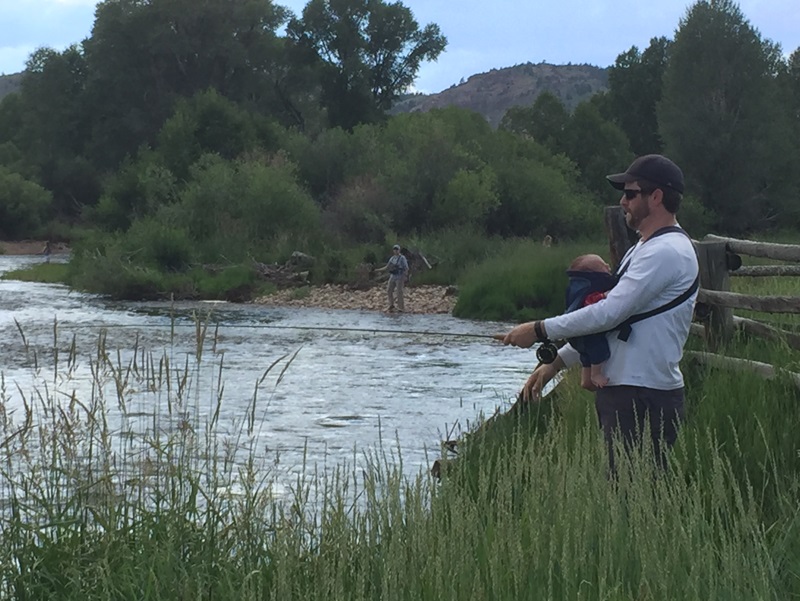