Staff Profile: Naomi Alhadeff is a vegetarian-turned-hunter who connects people and wildlife through NWF's Garden for Wildlife program 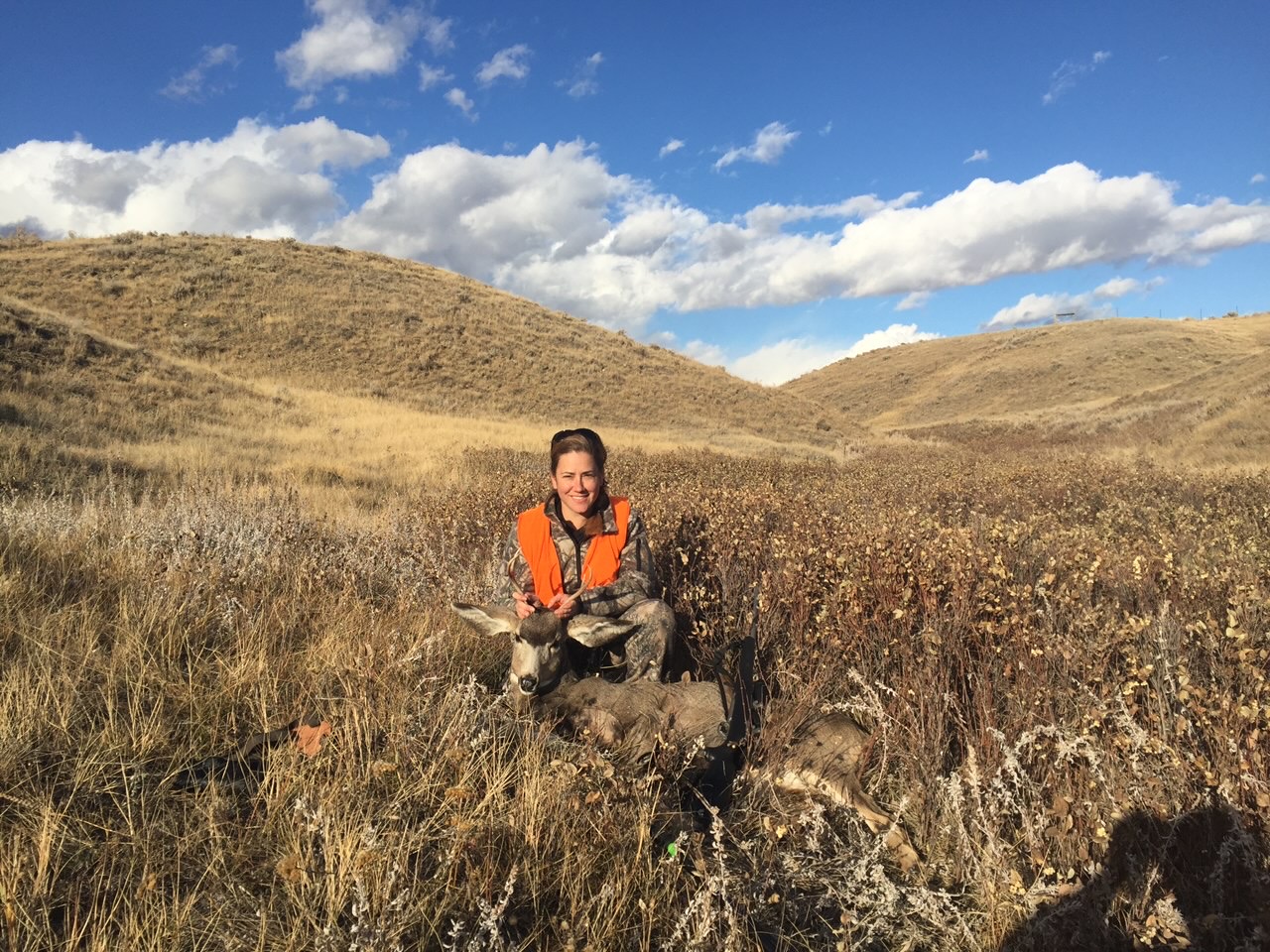 Pollinator habitats and rain gardens aren’t typically associated with hunting, but then Naomi Alhadeff isn’t your typical hunter. She is the National Wildlife Federation’s senior coordinator for Montana education programs, including Garden for Wildlife and Eco-Schools USA, out of the Northern Rockies, Prairies & Pacific Regional Center in Missoula, Montana. And she grew up as a vegetarian in an anti-hunting family in Georgia.

“I do a lot of tabling events and teacher workshops,” Naomi says of her work, “to get people interested in wildlife or planting with a purpose with the intent to be pro-wildlife.”

As a result, she does a lot of outreach both in the classroom, at events, and through in-person and – lately – online workshops, like “Gardening for Wildlife in Bee Country” and “Gardening for Wildlife in Bear Country.” She has a degree in Wildlife Biology from the University of Montana and was working in southeastern Washington as a science teacher when she saw the job posting for the National Wildlife Federation. Wanting to move back to Montana, it seemed fortuitous, she said. 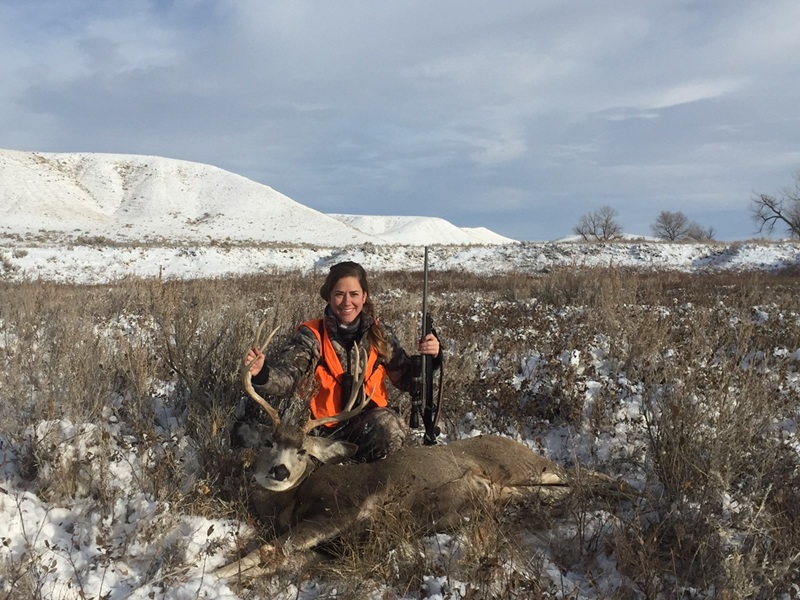 Naomi is from Georgia, though.

“I grew up in a vegetarian household. We were anti-hunting, let’s be honest. We were definitely not pro-hunting. The idea of hunting to me was like, ‘the slaughter.’ The way I envisioned it was people just went out with AK-47’s and mowed down deer.”

That perception changed when she transferred from Georgia State to Montana for college and met her partner Ryan.

“I had just started the idea of maybe, possibly eating meat – like chicken,” she explained, “and I met him. He’s a big hunter, from a hunting family, and he’s been hunting his whole life. So I just dove into game meat – that was my red meat – and still to this day, the idea of buying beef is kind of weird to me.”

She started out by “tagging along” on his upland bird and duck hunts but without a gun.

“The first time he took me out on one of his duck hunts on public land near Missoula. I had never been hunting, never even taken hunter’s safety, and had no clue what was happening. He got a duck and I though that was just the greatest thing.”

She did that for a couple of years but decided that she wanted carry a gun and hunt, too. She signed up for hunter’s safety and took the adult class, but still was the oldest person in the class. She started hunting with Ryan and his family, but it was years before she was successful. Now she is “totally hooked” on deer hunting, though.

“I have now, two years in a row, gotten a deer here in Montana. It was a positive experience. The animals died really quickly, which is really important to me. Growing up a vegetarian, the idea of hurting the animal is not OK. So for me, for the animal to be one shot and down is very important. It was the same with my first deer, which was in Washington, one shot and down. I think if that had gone differently, I wouldn’t be where I’m at in my hunting career.”

She was hunting with Ryan and had fallen asleep under a pine in the rain and woke up to see a doe snorting and stomping. Then she saw a white-tailed buck. It disappeared in the brush, then reappeared in an open lane running away. Ryan had lost his grunt call earlier in the day so he called “Meh” and the deer stopped with an open shot. She shot her .243. They didn’t find a blood trail at first and for a moment she thought she had wounded it, but it fell within 20 feet.

“It was super-emotional, but it was our moment together. I’m really pleased that such a powerful and first-time moment was positive and that I got to share it with my best friend.” 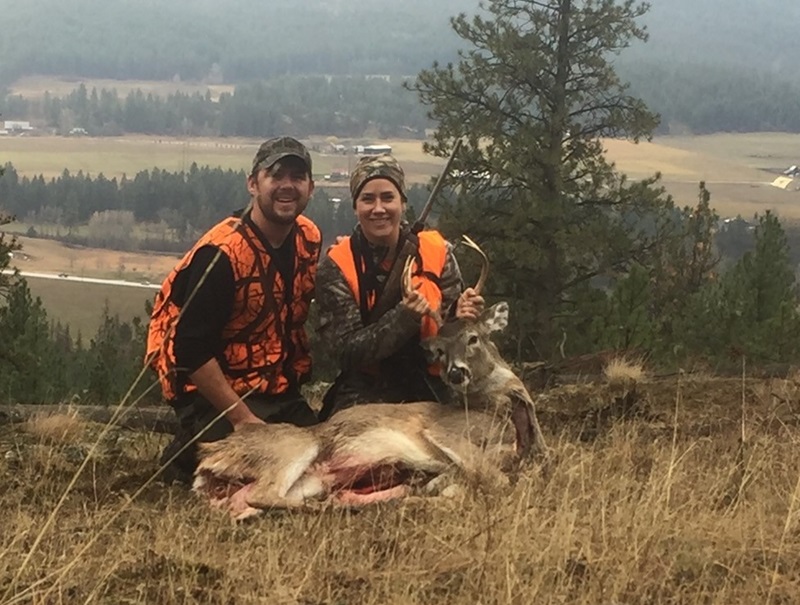 As a former vegetarian, eating the venison from her first deer was exciting. She has some hard and fast rules for her wild game, though. She butchers it, she guts it, and she touches it first.

“I’m the one who took its life, so I want to be the first to interact with that being that has given its life for me,” Naomi said. She lets Ryan help with the pack out, though, and advise her on where to make the cuts in butchering, along with what she’s learned from YouTube videos.

“I hung it, I skinned it, I butchered the whole thing, and I have a picture of when I wrapped my first steak and labeled it. All the years before had been, ‘Ryan’s elk, Ryan’s deer,’ so I labeled it in huge letters: ‘NAOMI’S DEER!’ and that felt really awesome. We ate the tenderloins right away. It was so good, like candy. It was a really awesome experience because I knew for 100 percent of that protein where the animal lived, how it died. It was 100 percent natural and I completed that cycle.” 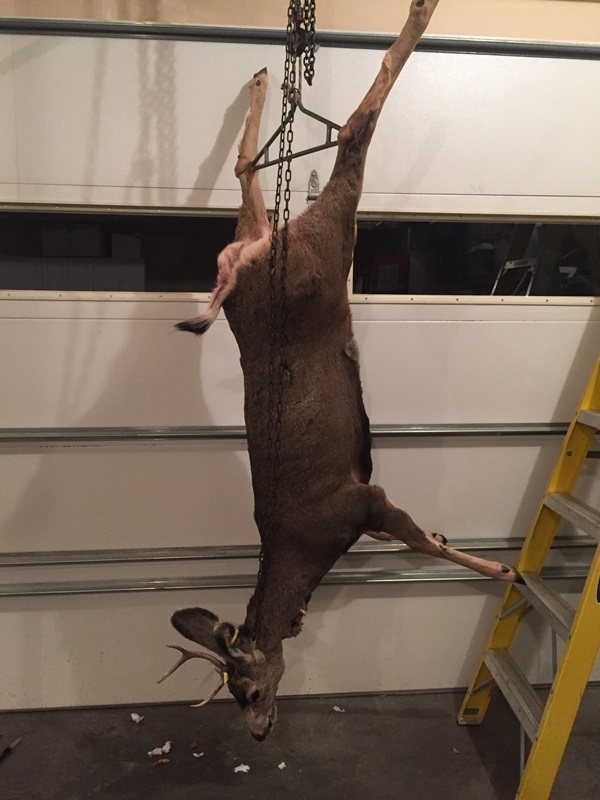 How does this connect to pollinator habitat and rain gardens, though?

“When I talk to people about Garden for Wildlife, especially, I say that when you plant with a purpose, with the intent that wildlife benefit from your work – planting native plants, using less water, no chemicals – you’re helping the ecosystem at large, so I, as an example, can go hunting in a healthy place… there’s a cascading effect.”

Ultimately, Naomi is a liaison between the science and the public and her goal is to get people excited about animals. And as a former science teacher and current hunter, she has simple advice for parents who want their children to adopt their outdoor pursuits.

“Getting kids and students involved with something like Eco-Schools, Garden for Wildlife, or Schoolyard Habitat, and getting them interested in the wildlife and plants around them, will ultimately foster that interest in the world around them and they might be more likely to get into hunting and fishing because they can see that connection.”

“I am more connected to wildlife by hunting and fishing than I was when I was a vegetarian,” she emphasized. “I know what this animal eats because I pulled it out of their gut. I know where they were because I shot them on that public land. I know what they feel like to touch, I know where they were living, and I’m way more connected to the land by hunting and fishing than if I weren’t, and I would add that you don’t have to be the one who pulls that trigger to have that connection. Just go with someone.”

Read more from Naomi herself about her first deer here for Artemis and about turkey hunting here for the Montana Wildlife Federation.