Bill Cooksey: Conservation Runs Through It

Staff Profile: Conservation has always been part of hunting and fishing for Bill Cooksey of Vanishing Paradise 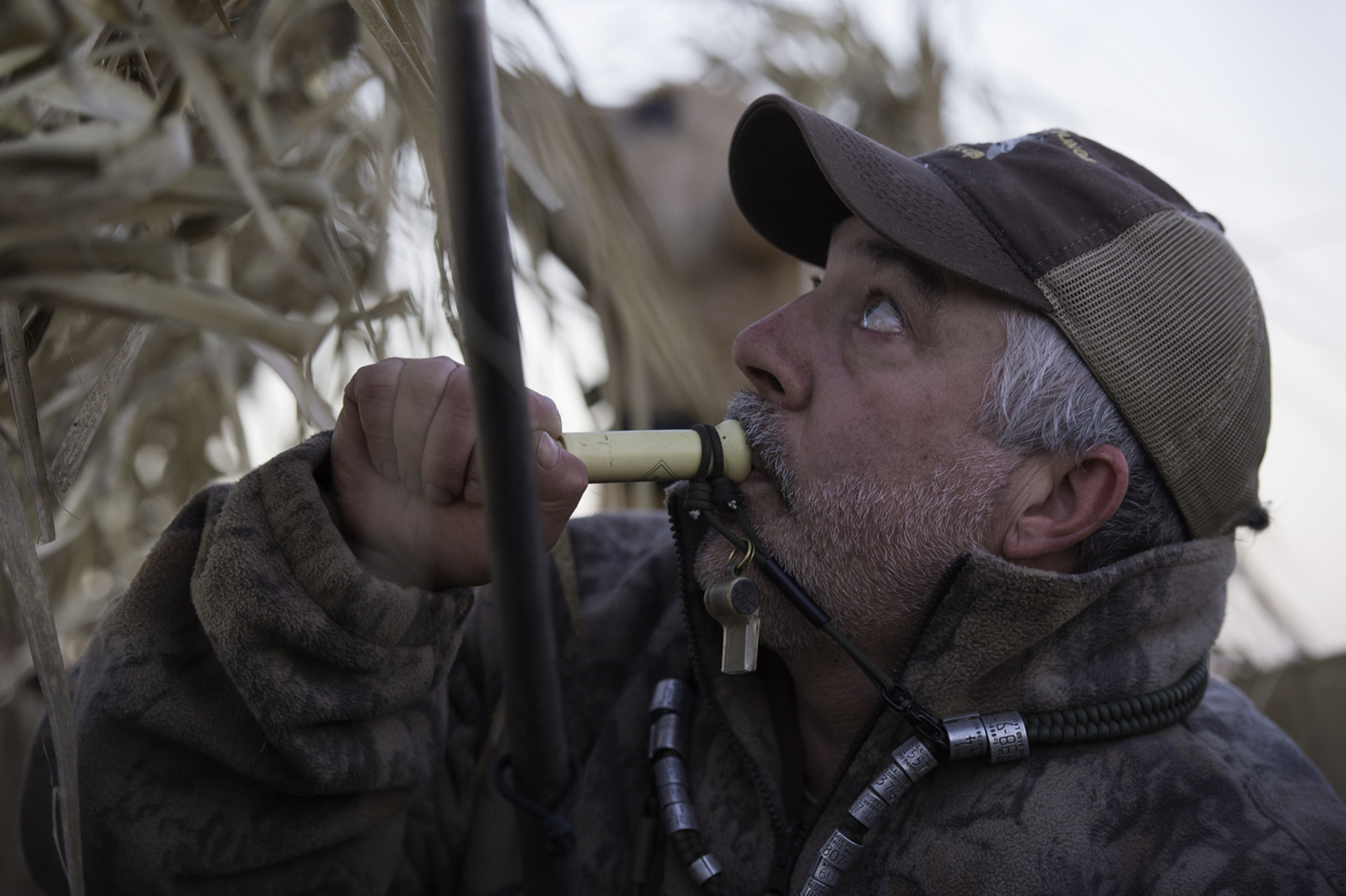 In Bill Cooksey’s family, there was no clear line between hunting and conservation. Growing up in Tennessee, he began tagging along on dove and duck hunting trips with his dad – a trustee emeritus for Ducks Unlimited and an outdoor media publisher – when he just four years old, as well as the Ducks Unlimited fundraisers for wetland restoration.

“By the time I was six, if he was going hunting or fishing and wasn’t taking me, I would cry,” said Bill, now the Sportsmen's Outreach Coordinator for Vanishing Paradise. “And when we got out there, when he was ready to go, I would cry.”

Bill was hunting and fishing with his own rod and gun by the time he was seven. His parents divorced when he was eight and his dad moved to California, where Bill will join him in the summers and an early trout fly-fishing trip set the hook on his passion for fishing.

“That first summer, I was eight years old, we went to a place in central California called the Arcalarius Ranch, and it’s seven miles of private trout water on the Owens River,” he recalled. “My dad had taught me to fly cast but I had never fly fished before. I did very well that trip; I stayed out there and figured it out and caught a lot of nice trout. I learned that I can do this pretty well if I really work at it.” 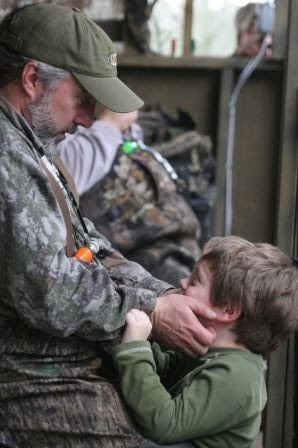 These days, Bill hunts just about everything but counts hunting ducks in green timber as his favorite pursuit, with turkey hunting a close second.

“I’ve hunted ducks all over the country, really all over North America, but I like the way we hunt them here, in the river bottoms, ideally standing next to a tree kicking water in a pin oak flat,” he said. “That’s the gold standard. There’s really nothing in waterfowl quite like that.”

“Oak trees in those flats are dropping pin oak acorns and the ducks are coming in to feed, and when you get in there you’re only standing in knee-deep, waist-deep, fairly shallow water. You’re kicking water with your boot to make the water shake, mimicking the ripples of ducks on the water, and a lot of time you don’t even need decoys because the woods are so tight.

“And you’re calling. Nowhere is calling more important than in green timber because the ducks don’t see well, because of the trees. When the ducks finally get over the opening you’re in, they have to come straight down, and there’s no blind – you’re in the open. It’s a very intimate experience.”

After working in avionics and sales after college, Bill turned that passion for duck hunting and calling into a career doing sales and marketing for a duck and turkey call company. From there, he became the managing editor for Mid-South Hunting and Fishing News and a freelance outdoor writer. In 1999, he made his mark working for Avery Outdoors, the iconic maker of waterfowl hunting gear, as the marketing and media director for 13 years. 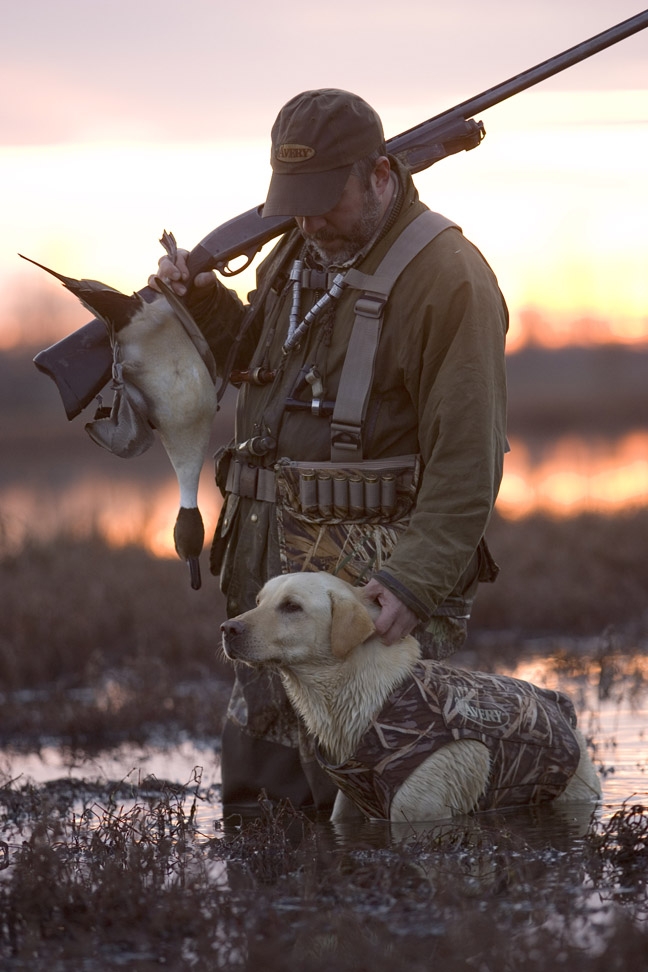 His experience building relationships in the outdoor industry and outdoor media made him a perfect fit to apply his skills to the conservation ethic he learned from his father when he saw an opening for a Sportsmen’s Outreach Coordinator at Vanishing Paradise.

“Vanishing Paradise originally started up around the devastation of Hurricane Katrina. Ducks Unlimited and the National Wildlife Federation originally started Vanishing Paradise together,” Bill explained. “The term comes from the Mississippi Delta in Louisiana, where right now we’re losing approximately a football field every hundred minutes of coastal wetlands and marsh. It’s the fastest-eroding delta in the entire world.”

Vanishing Paradise is now a program of the National Wildlife Federation working from the Florida Keys to the Texas Mexico border. Bill works on the Everglades, Gulf, and Mississippi Delta campaigns related to water issues, coastal restoration, Everglades flows restoration, and, in Texas, ensuring water gets to the coastal estuaries. Bill’s experience building relationships helps him navigate the sometimes-contentious issues of coastal water management.

“With all of our issues, there are all kinds of tough things to battle,” he explained. “Sometimes you’re at odds with folks who you perfectly understand. You’re not upset about it, we just have to find a way.”

Bill’s job is to build relationships, activating a network of hunters and anglers around the country to speak up for coastal restoration issues when needed. An example is organizing fly-ins to Washington, D.C., to connect hunters and anglers with their elected representatives and senators to lobby for the funding and policy to conserve coastal wetland habitat.

“We do a lot of fly-ins,” Bill said. “A lot of it is just keeping that network going, other times it’s doing events like sportsmen’s shows, conservation shows, though obviously this year that’s been a whole different world. I go to a lot of outdoor media events. I go to SEOPA (Southeast Outdoor Press Association) every year and this year I hate that it had to be cancelled. I do a lot of media work, too, writing blogs and articles, and getting other people to, as well.” 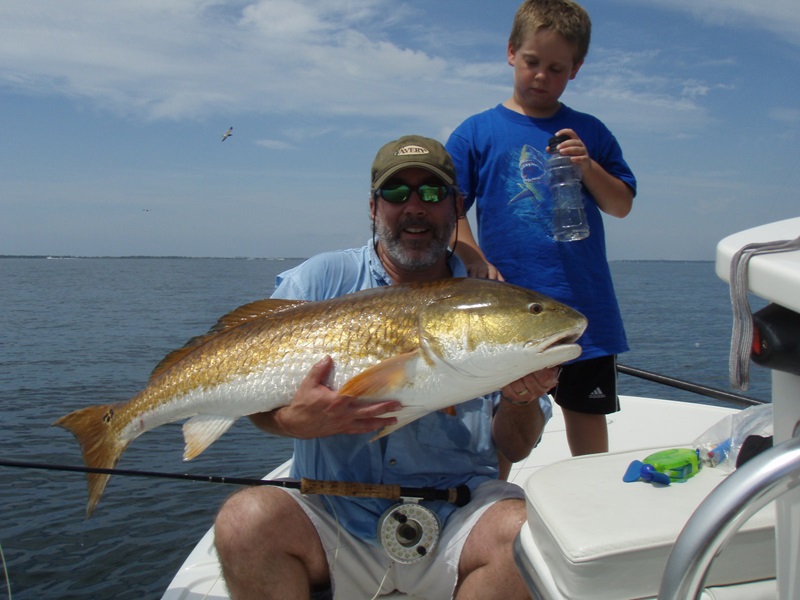 Bill feels a personal connection between his conservation work for Vanishing Paradise and his hunting and fishing activities, channeling that connection he learned early on.

“I love every second of all of it. I love the fish, I love the game, I love the birds, I love the people. I bet I’ve hunted with over 1,000 different people in my lifetime, and I can’t recall one who I wouldn’t hunt with again. And as far as it relating to my work, those places are all iconic for sportsmen. They’re places where I grew up. If I didn’t get a chance to hunt them when I was younger, I read about them and wanted to.”

When he’s not working, Bill still spends most of his time hunting and fishing. His season begins with squirrel and dove hunting, then getting duck blinds ready, October bass fishing, duck and other waterfowl hunting, a little deer hunting, and then crappie fishing in February. By April, “everything’s on,” for turkey hunting and bass. In May he fishes bluegills on the beds and in the summer he fishes bass on the ledges, especially on Kentucky Lake where he has a cabin.

After his parents divorced when Bill was eight, his mom remarried and they moved to a farm with property that Bill could hunt. He told her that he was going to hunt and fish every day. On her deathbed, his mom told him, “I always thought you would outgrow it, Bill. But you never did.”