Zach Cockrum: A Line on the Water

Staff Profile: Zach Cockrum has a fly rod in hand and line on the water wherever he goes 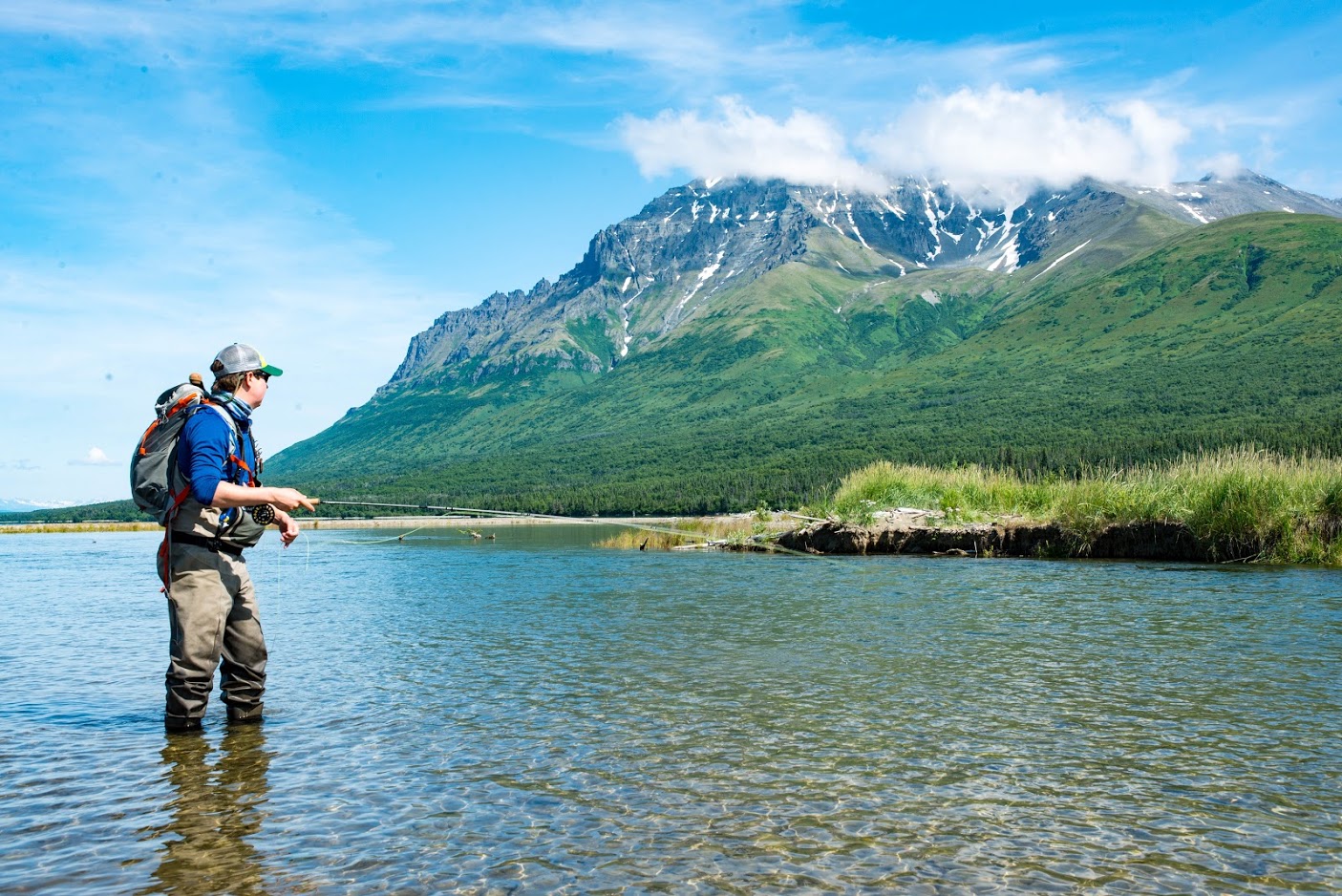 Zach Cockrum, the National Wildlife Federation’s Director of Conservation Partnerships for the Northeast, has always had a line on the water and conservation at the end of his line. Introduced at an early age to fishing by his dad, an avid angler, Zack can’t remember a time that he wasn’t fishing. He remembers when he started fly-fishing, though: as a teenager on Michigan’s famed Au Sable River.

“My grandparents owned a place on Higgins Lake in northern Michigan so I learned to fly-fish on the Au Sable and because of that, because that’s the birthplace of Trout Unlimited, fishing and conservation were just intertwined for me from the beginning. Rusty Gates owned the fly shop there, staring over the counter at 16-year-old me.”

Rusty Gates, the late owner of Gates Au Sable Lodge on the Au Sable River, was a legend in fishing and conservation in northern Michigan. He was a founding member of Anglers of the Au Sable, a conservation organization that fought for catch and release on the river’s “Holy Waters” stretch, for telemetry data, protection from excessive oil and gas development, dam removal, and more recently, to protect the river from a commercial aquaculture operation.

“That guy was a really great example of how the two – fishing and conservation – are connected.”

Zach grew up Indiana fishing smallmouth bass streams, especially after his dad bought a place and a boat on the White River when Zach was 16.

“There are some really cool, epic smallmouth streams in southern Indiana that you would never know about that are in these river systems that go partially underground because of the Karst geography.”

Zach attended the University of Indiana, where he went to work at a fly shop, himself.

“The rumor was that the owner started it because Bob Knight was a fly fisherman.”

Since then, though, Zach has taken his fly rod all over the world.

“In my life, I’ve been lucky to fly fish all over the country, really all over the world. I’ve been fishing in the Bahamas, Cuba, Slovenia, Chile, and Patagonia.Even Bristol Bay.”

“When I first moved to D.C., I thought that would be bad for my fly fishing, but if you draw a two-hour circle around D.C. on the map, it’s pretty amazing. Right in the district, you can catch smallmouth on the Potomac, you can catch shad that run in the spring. In the mountains of Virginia and Shenandoah for brook trout, up into Maryland and central Pennsylvania and then you head east and you can fish the Chesapeake for striped bass.” 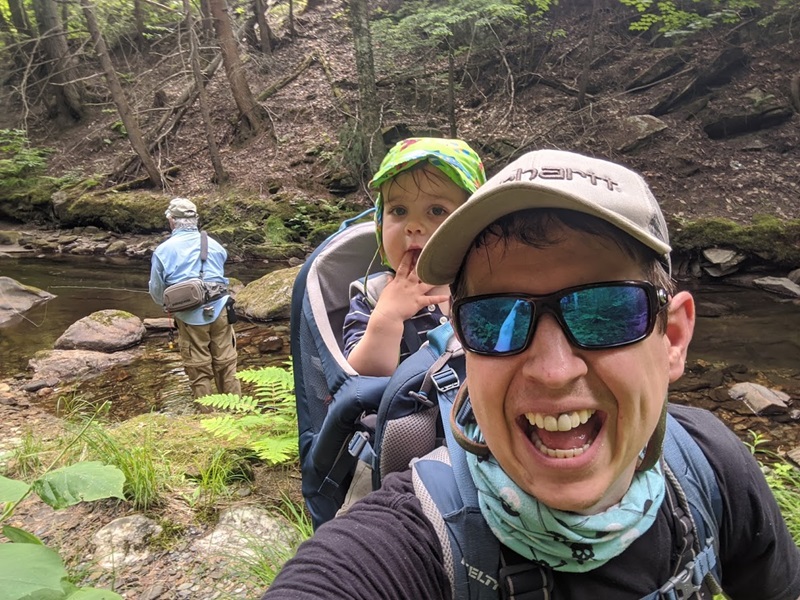 Zach prefers chasing anything in saltwater, though.

“When I can get to it, I think saltwater is the ultimate test in fly fishing. Any salt, if I’m going on a family vacation and there’s any saltwater nearby, I will figure out a way to get a fly rod in the pack with me, regardless of whether it’s a premier fishing destination or not. I just love saltwater fly fishing.”

A little over four years ago Zach moved to Vermont to take on the role of Director of Conservation Partnerships for the National Wildlife Federation’s Northeast Regional Center, working with independent state affiliate partner organizations.

“To use a sports analogy, I’m a position player. I do a lot of things from helping with fundraising campaigns to board development, just really people and relationship management with our affiliates, Zach said. “The fact that I have a hunting and fishing background allows me to connect with different people in the Northeast. And so I’ve been able to work on a couple issues I wouldn’t have otherwise like protecting menhaden populations, some work on horseshoe crabs which support shorebirds and weakfish and other saltwater species.”

His angling background has also helped him connect different constituents to clean energy.

“I’ve been able to work in offshore wind and engaging recreational anglers in that process. Climate change is affecting saltwater fisheries in the Northeast. So there’s a direct impact there and a benefit from clean energy. And anyone that fishes can tell you that structure attracts fish, so where there are turbines already built are attracting fish and tons of anglers on a regular basis, so we wanted to make sure that constituency was engaged on that issue as much as possible.”

Zach’s passion for saltwater fishing has also opened his eyes to the issues plaguing marine fisheries on the East Coast.

“I’m consciously trying to build our capacity to do more work in marine fisheries,” he said. “Whether you like whales or you like to catch striped bass, our marine resources, ecosystems, and fisheries are a huge part of supporting both of those species.”

Around his home in Vermont, though, he has a higher motivation for his work than fishing. In addition to taking up deer and turkey hunting, fishing nearby streams, and raising chickens, he is also raising a conservationist. 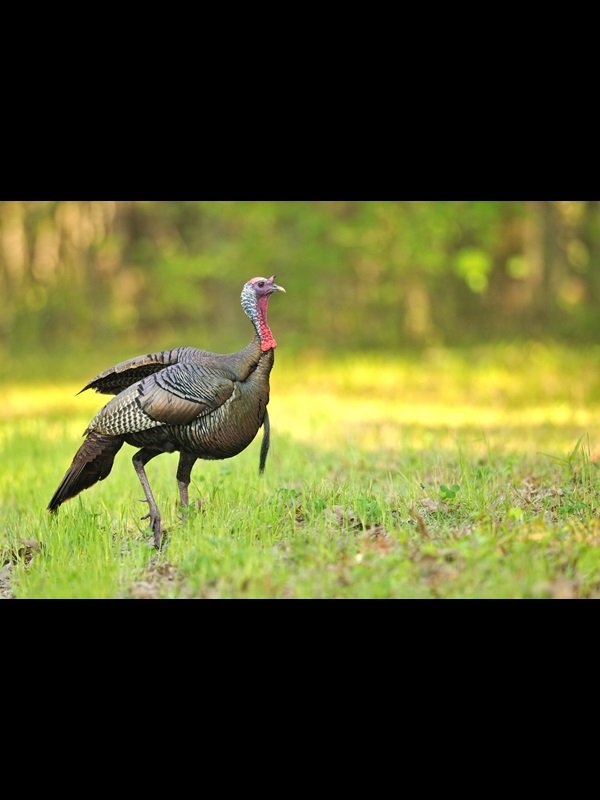 “I’ve got a 20-month-old, so in terms of motivation, especially in the face of climate change, it’s making sure that he has as many opportunities as I do. That the Au Sable is still going to be fishable in another 30 or 40 years, is really important to me, and even more important of a motivator than it was before he came along.”