From aiding pollinators to protecting access to public land, NWF and its affiliates are making a difference 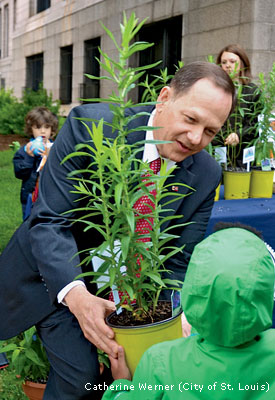 May is the National Wildlife Federation’s Garden for Wildlife™ Month, a perfect time to aid pollinators such as monarch butterflies. In the past two decades, monarchs have declined 90 percent, primarily due to loss and degradation of their U.S. habitat. But NWF and its affiliates are hoping to turn that around.

Last September, NWF launched its Mayors’ Monarch Pledge with St. Louis, Missouri, Mayor Francis Slay (above). Since then, Slay and the Conservation Federation of Missouri, an NWF affiliate working with the group “Missourians for Monarchs,” have encouraged every mayor in the state to sign on. More than 50 mayors have now joined nationwide, pledging to complete at least three of 25 actions to aid monarchs. Those actions include planting native milkweed and nectar plants, modifying mowing practices and pesticide use, and converting vacant lots into pollinator gardens.

A new NWF publication, Monarch Conservation in America’s Cities: A Solutions Guide for Municipal Leaders, highlights best practices and offers case studies on how to help monarchs in urban landscapes. One example: More than 200 butterfly gardens have been planted through St. Louis’s successful Milkweeds for Monarchs program, begun in 2014. “We have been very encouraged by our results,” says Slay, “both in the number of monarchs we’ve seen in St. Louis and in the number of people reconnecting to nature in a tangible way.”

Anyone can also pledge to help pollinators by joining NWF’s Butterfly Heroes™ campaign. Join by May 31 and you can receive a free butterfly garden starter kit and enter to win a trip for four people to Walt Disney World. 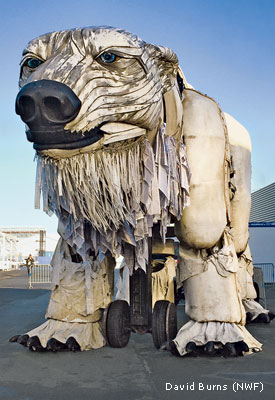 With the bang of a gavel on December 12, 2015, delegates from 195 countries attending the 21st Conference of the Parties of the United Nations Framework Convention on Climate Change (COP21) in Paris committed to take actions to keep the rise in global temperature to less than 2 degrees C (3.6 degrees F) above preindustrial levels. Visible worldwide, the effects of a changing climate include the loss of Arctic ice, which is necessary to polar bears (as represented by a massive Greenpeace marionette displayed at COP21, right).

Prior to attending the historic meeting, National Wildlife Federation staff worked for more than a decade to make the health of forests a priority in any international agreement to mitigate climate change. This included working with governments and nonprofit groups to help ensure that the United Nations adopted the Warsaw Framework for Reducing Emissions from Deforestation and Forest Degradation (REDD+) at COP19 in 2013. REDD+ provides incentives for government and agricultural producers to leave forests intact.

To demonstrate on-the-ground approaches that can help achieve zero-deforestation agriculture and product chains, NWF International Wildlife Conservation team members Nathalie Walker and David Burns each cohosted a panel discussion with NWF partners at COP21. “Deforestation and agriculture account for almost a quarter of global emissions, so proper accounting is really key if we are to avoid the worst impacts of climate change,” says Barbara Bramble, NWF’s International Wildlife Conservation director.

The team’s efforts paid off. The final Paris agreement calls for participating countries to take actions to preserve and sustainably manage forests as “sinks” of greenhouse gases, including providing incentives to reduce emissions from deforestation as described in REDD+. “After so many years working toward this moment, being able to watch it happen was breathtaking,” says Walker. “It could be a turning point for our forests and therefore our planet.”

Taking a Stand on the Malheur Refuge

On January 29, to addressed the illegal takeover of the Malheur National Wildlife Refuge in Oregon, the National Wildlife Federation and 37 of its affiliates called for federal action on behalf of wildlife and public lands.

In a letter to U.S. Secretary of the Interior Sally Jewell and Attorney General Loretta Lynch, the signatories expressed sorrow at the loss of life that resulted from the occupation and strong support for federal efforts to try to reach a peaceful solution, restore the refuge to the public and bring the perpetrators of the illegal occupation to justice.

“The overwhelming majority of Americans . . . support keeping public lands accessible for all,” wrote the signatories, whose organizations represent some 6 million people who hunt, fish, hike, camp and watch wildlife. The lockout of citizens and destruction of wildlife habitat at the refuge was “undermining the public trust doctrine . . . and years of work to restore critical habitat.”

“All Americans have a vested interest in conserving lands that sustain our wildlife and our outdoor traditions,” says Bob Rees, executive director of the Association of Northwest Steelheaders, NWF’s Oregon affiliate. The Malheur takeover “didn’t have to happen,” he says, “and shouldn’t happen again.” 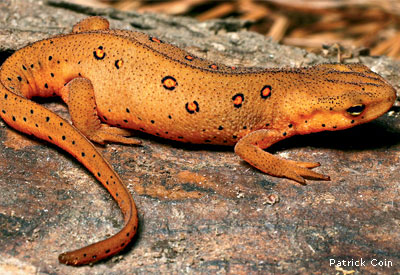 Reigning in a Fatal Fungus

At the urging of the National Wildlife Federation, the National Environmental Coalition on Invasive Species and several other conservation organizations and scientists, the U.S. Fish and Wildlife Service (FWS) issued an interim rule on January 12 that prohibits the import and interstate transport of 201 salamander species. These species were determined “injurious” to native U.S. salamanders (such as the eastern newt, left) under the federal Lacey Act, as they can carry a highly virulent chytrid pathogen (Batrachochytrium salamandrivorans or Bsal). This recently discovered fungus has devastated salamander populations in the Netherlands.

Excepted from the rule are federal agencies and, with a permit, zoological, educational, medical and scientific facilities. The interim rule was put in place just 15 days after it was issued as the fungus posed a “significant and imminent risk” to native species, says David Hoskins, assistant director for FWS Fish and Aquatic Conservation. Bruce Stein, an NWF senior scientist, says, “It is a very rare situation where we get early warning before ecological catastrophe strikes and have an opportunity to prevent it.” 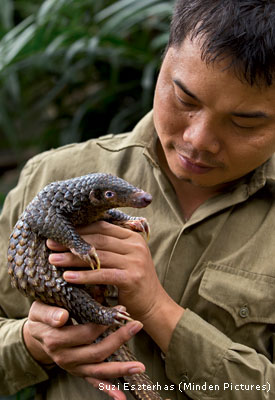 Last October, Washington State adopted one of the most comprehensive U.S. state laws prohibiting trafficking of products made from wildlife threatened by extinction. More than 70 percent of the state’s voters passed ballot measure I-1401, which bans within the state the purchase, sale or distribution of products made from elephants, rhinoceroses, lions, tigers, leopards, cheetahs, marine turtles, sharks, rays and pangolins—the most trafficked mammals on Earth (see Pangolins: Too Prized to Survive?).

Many national and state conservation groups, including NWF, joined the “Yes on 1401” effort to mobilize support for the measure that was initiated by Microsoft co-founder Paul Allen and his company, Vulcan Inc. “NWF is deeply concerned about wildlife trafficking in our states and its contribution to the decline of these greatly endangered and vulnerable species,” says Les Welsh, NWF’s associate director for the Pacific region.

To help protect imperiled wildlife abroad, last fall NWF hosted two U.S. Department of State fellows: Lamngeun Manivong, head of the Environment Unit in Laos’ Rural Development Agency, and Thai Van Nguyen (right, with pangolin), executive director of Save Vietnam’s Wildlife. The fellows met with NWF and other nonprofit organizations, and in January, with NWF’s recommendation, Nguyen received an award from the Future for Nature Foundation to continue his efforts to save pangolins.

In February, the North Carolina Wildlife Federation (NCWF), an NWF affiliate, launched a new program called The Butterfly Highway that will help transform everything from backyards to utility rights-of-way into native habitat for pollinators.

The program took root two years ago when Ph.D. student Angel Hjarding hatched an idea to provide beautification to low-income neighborhoods while also helping pollinators. “I identified a way to connect environmental conservation with a community need,” she says. With a grant from the National Fish and Wildlife Foundation, Hjarding helped about 50 households plant native seeds and plants, with positive response from both residents and pollinators. Impressed with her work, NCWF hired her to help take the program statewide. “This is our road map for pollinator conservation,” says NCWF CEO Tim Gestwicki, “and everyone can take part.”

The National Wildlife Federation—with significant help from its affiliate the Colorado Wildlife Federation—will host NWF’s 80th Annual Meeting from June 16 to 18 at the YMCA of the Rockies-Estes Park Center near Rocky Mountain National Park in Colorado. NWF members are invited to join us, our affiliates and partners to discuss critical issues facing wildlife and how to advance conservation. Registration closes May 19, 2016.