From saving endangered species to showing how to live with wildlife, NWF and its affiliates are making a difference 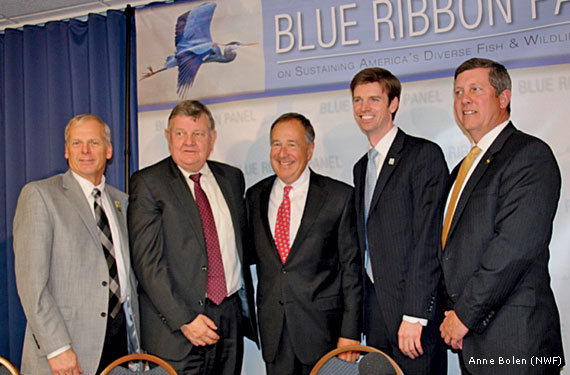 Building a Trust Fund for Wildlife

Thousands of U.S. species are endangered, threatened or could become so. Yet state wildlife management agencies do not have sufficient funds to adequately conserve them.

In March, the Blue Ribbon Panel on Sustaining America’s Diverse Fish and Wildlife Resources, a consortium of 26 business, energy and conservation leaders including the National Wildlife Federation, announced an innovative solution: dedicate $1.3 billion of the revenue from energy and mineral development on federal lands and waters annually to keep wildlife from becoming endangered. “We have a once-in-a-generation opportunity to save thousands of at-risk wildlife species,” says NWF President Collin O’Mara.

Excise taxes on fishing and hunting equipment primarily fund the management of sport fish and game species. Yet the State and Tribal Wildlife Grants Program that is focused on other wildlife is not sufficient to fully implement state wildlife action plans and must be renewed annually. In fact, on the day the panel released its plan, NWF affiliates—New Jersey Audubon and wildlife federations from Arizona, Arkansas, Colorado, Montana and Nebraska—appealed to U.S. Congress members once again to support the grant program. 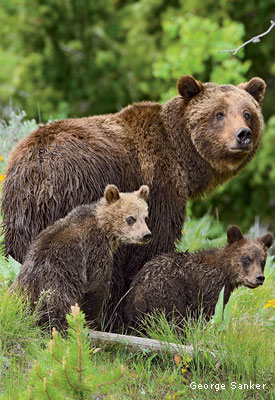 In March, the U.S. Fish and Wildlife Service (FWS) declared the once-declining grizzly bear population in the Greater Yellowstone Ecosystem recovered and proposed removing it from the federal list of endangered and threatened species. The population has grown to more than 700 bears from about 136 when they were classified as threatened in 1975.

FWS estimates these grizzlies have also tripled their range. Since 2002, NWF’s Wildlife Conflict Resolution Program (also known as the Adopt a Wildlife Acre Program) has retired more than a million acres of livestock grazing allotments, most near Yellowstone National Park, reducing conflicts between grizzlies and ranchers. “It has been a success for people and bears,” says Program Manager Kit Fischer. Next, NWF will work with wildlife agencies to  ensure that management plans support a stable population of grizzlies.

Each year, the National Wildlife Federation honors individuals and organizations for exemplary work on behalf of the environment. Here are this year’s National Conservation Achievement Award winners: 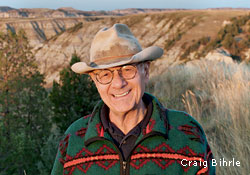 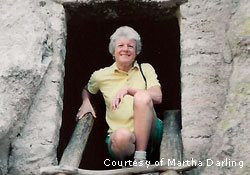 Philanthropy Award: Martha Darling (bottom right), a descendant of Ding Darling, for conservation advocacy. “There is nothing partisan about preserving the natural world,” she says.

Affiliate of the Year Award: Association of Northwest Steelheaders

Protecting Rivers and Forests for Fish and Anglers

NWF is presenting its National Conservation Achievement Award for Affiliate of the Year to the Association of Northwest Steelheaders (ANWS) for outstanding efforts to protect aquatic habitat for fish and anglers. ANWS began in 1960 as a group of fishermen and business owners who stopped commercial fishing from depleting steelhead trout on the Columbia River. It has grown into 12 chapters in Oregon and Washington and became an NWF affiliate in 2006. 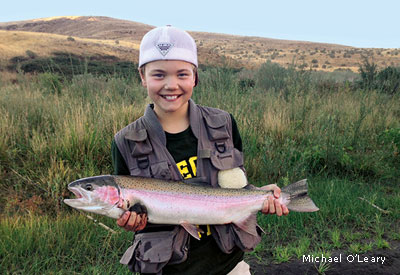 The Steelheaders’ many achievements include restoring water flows on the Columbia River, replenishing nutrient-poor forests with excess hatchery fish and defeating proposed coal ports that could have polluted rivers with coal dust as trains carried the dirty fuel across the Northwest.

ANWS’s River Ambassador Program offers veterans the peace of fishing while teaching them to be aquatic habitat stewards. “To get their minds off the trauma of war and their injuries is a big deal,” says ANWS Executive Director Bob Rees. The group’s Family Fish Camp also teaches youth such as Jackson Curran (left) about the demands on our natural resources and the joy of a first catch. Such lessons can leave lasting impressions, Rees says, as “these kids are the future foot soldiers for the environment.” 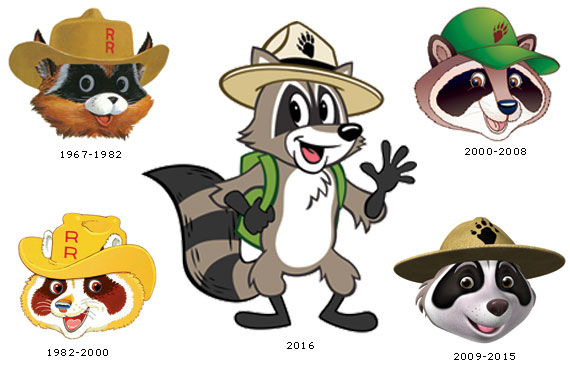 Ranger Rick Gets a New Look—and a Book Series

In honor of Ranger Rick® magazine’s 50th anniversary in January 2017, the National Wildlife Federation’s ambassador and friends will don a new look as of the June-July 2016 issues of award-winning Ranger Rick and Ranger Rick Jr™. The design by Emmy-nominated children’s television art director Parker Jacobs evokes the nostalgic Ranger Rick that older fans remember (above) yet appeals to kids today. “I want you to feel like Ranger Rick is your friend,” he says.

Be Part of the Great American Campout

As part of Great Outdoors Month in June, consider pledging to participate in the National Wildlife Federation’s 12th annual Great American Campout (GAC) beginning June 26. Whether camping in your own backyard, a local park or a vast wilderness, time outdoors can give your family health benefits and an appreciation for wildlife and nature.

Go to the GAC website to pledge to camp, host a campout or find one to join. You can also download fun camping activities for the whole family. 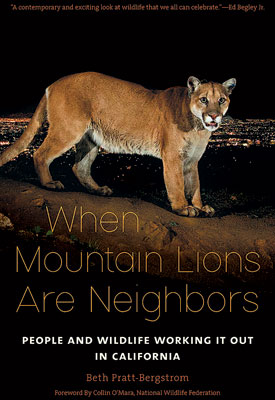 Living with Wildlife in Cities and Beyond

California’s wildlife are as varied as the landscape in which they live. And as a mountain lion living near Los Angeles and a fox family on the Facebook campus demonstrate, these animals often are trying to survive in close proximity to humans.

When Mountain Lions Are Neighbors, a new book by National Wildlife Federation California Director Beth Pratt-Bergstrom, shows how many Californians are not just peacefully coexisting with this menagerie but helping species thrive in an increasingly altered landscape. We need to “realize that our shared spaces are as essential to conservation as our traditional protected lands,” she writes. NWF President Collin O’Mara adds, “These California stories serve as examples of how we can each take action.”

Buy your discounted copy from NWF and the proceeds will help us conserve California wildlife.