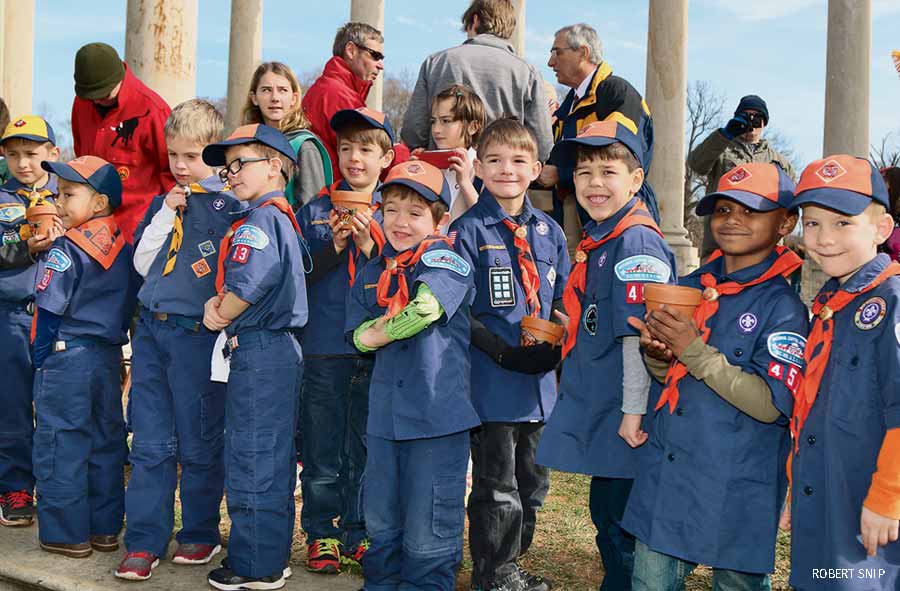 Leaders from the National Capital Area Council (NCAC) of the Boy Scouts of America, the National Wildlife Federation and U.S. Fish and Wildlife Service joined nearly 500 scouts in February at the U.S. National Arboretum (above) in Washington, D.C., to kick off a program called Milkweed for Monarchs. The event highlighted the important role scouts can play in providing habitat for the at-risk insects by cultivating native milkweed, the only plant the species’ larvae can eat. 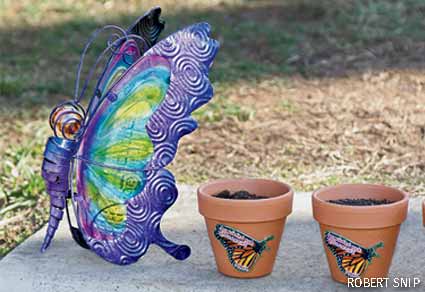 NCAC Scout Executive Les Baron encouraged all 58,000 scouts in the D.C. area to plant milkweed, and NWF President and CEO Collin O’Mara urged scouts in other regions to participate as well, saying they could “light a monarch conservation fire that burns across the country.”

Youngsters at the event put pollinator plants in pots and took home milkweed seeds to grow. “I can’t think of a better symbol than the monarch to connect our youth to nature,” says Maryland attorney and active scout supporter Lowell Baier, a member of NWF’s President’s Leadership Council. 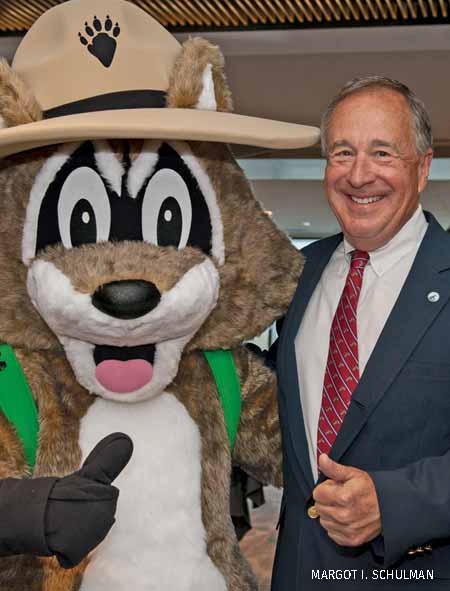 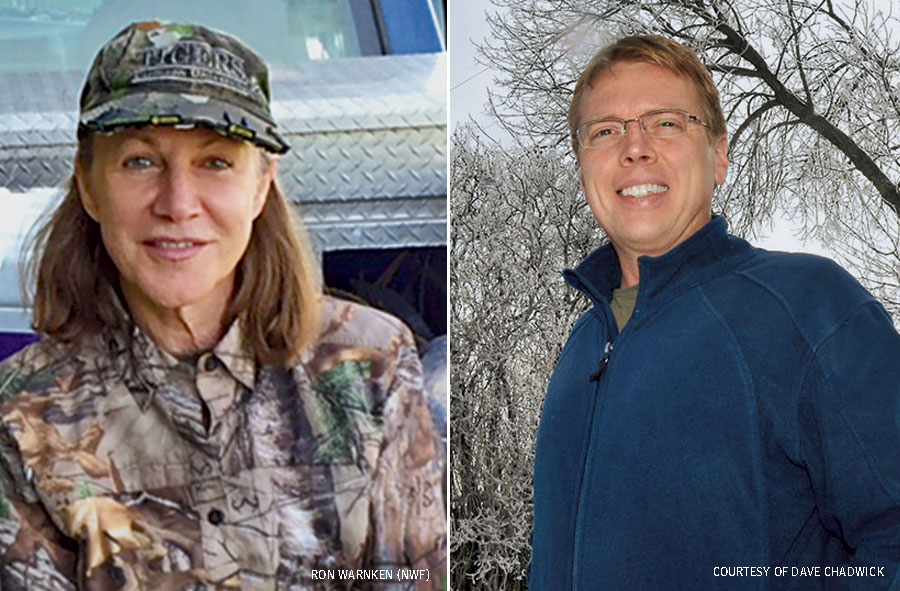 Celebrating some of our own conservation champions

At its annual meeting in June, NWF presented the following awards to affiliates and staff members who have made outstanding contributions to conservation:

Affiliate of the Year Award: For more than 70 years, the Tennessee Wildlife Federation has played a key role in developing the state’s habitat, youth and sporting programs (see below).

Conservation Leadership Award: A board member and former chair of the South Carolina Wildlife Federation, Kathy Stephens (above, at left) is a strong advocate of habitat-preservation and hunter-rights programs.

Charlie Shaw Conservation Partnership Award, NWF Affiliate: Since becoming executive director of the Montana Wildlife Federation, Dave Chadwick (above, at right) has helped make the organization one of the state’s most influential groups. 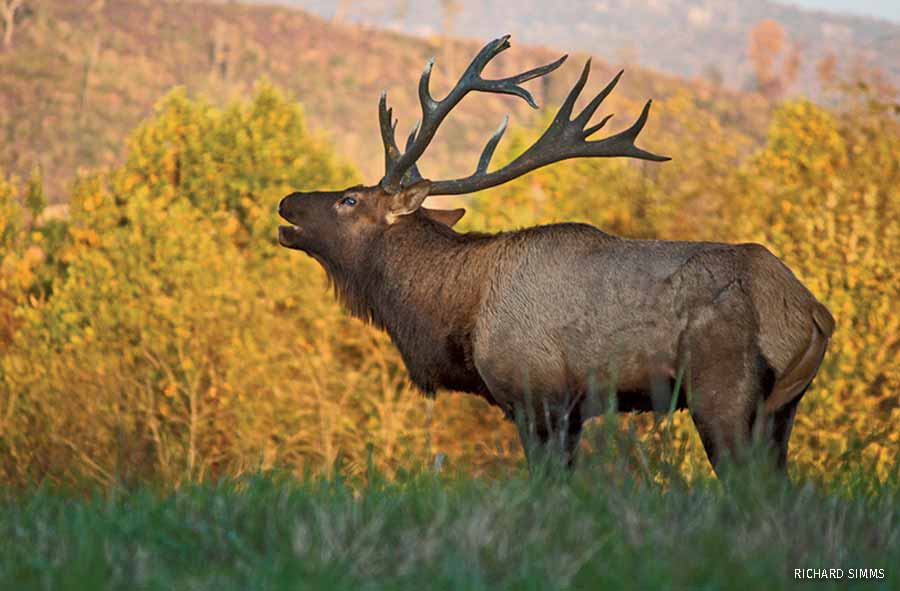 Founded in the 1940s by concerned sportsmen who pushed lawmakers to pass science-based fish and game management laws for the first time in state history, the Tennessee Wildlife Federation (TWF) has been one of the state’s most effective voices for smart conservation action. “TWF has been instrumental in shaping Tennessee’s policies relating to wildlife habitat, air and water pollution and endangered species protection,” says Nicole Wood, a member of NWF’s board of directors. A diverse mix of hunters, anglers, birders and other nature enthusiasts, the organization also has helped restore state populations of several species, including bald eagles and elk (above).

Growing fast under joint leadership by Chief Executive Officer Michael Butler and Chief Development Officer Kendall McCarter, TWF helps engage people in outdoor activities. Its Hunters for the Hungry program promotes sound deer management and provides meals for food banks, while its Youth Hunting and Fishing program gets kids outside, helping create the next generation of conservationists. Beyond getting people outdoors, says Butler, “these programs also offer unique opportunities for parents to bond with their children.” 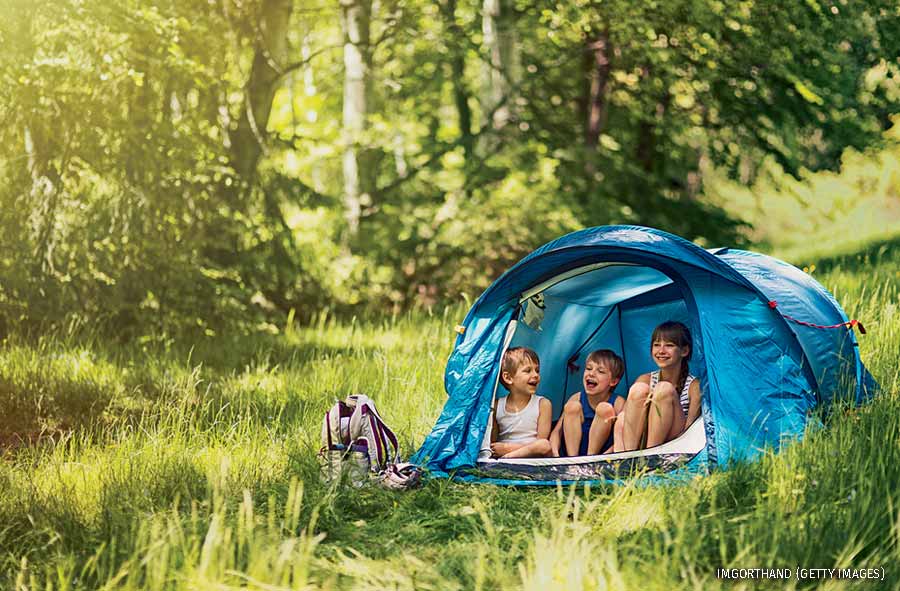 Take the pledge to get outdoors this summer

Kicking off on June 23 and continuing all summer, NWF’s 14th annual Great American Campout™ provides a perfect opportunity for families and friends to spend time together outside connecting with nature. Whether you celebrate the occasion in a national monument, at a local park or in your own backyard, you’ll join others across the country who pledge to camp in support of wildlife and nature.

This year, NWF will donate 5,000 native trees to its Trees for Wildlife™ program if at least 300,000 people sign up online to camp any time this summer. The seedlings will be planted by youth groups that will maintain the trees to ensure valuable sources of food and shelter for wildlife for years to come. Go to www.nwf.org/campout to pledge and find participating events near you as well as spots where the Federation is hosting groups. The website also offers camping tips and suggestions for family activities, plus recipes to enhance your outdoor experience. The NWF event complements national Great Outdoors Month® in June, so head outside and happy camping!