President’s View: Our Time to Save Wildlife Species is Now

Earth's plants and animals are at risk at a rate unprecedented in human history. 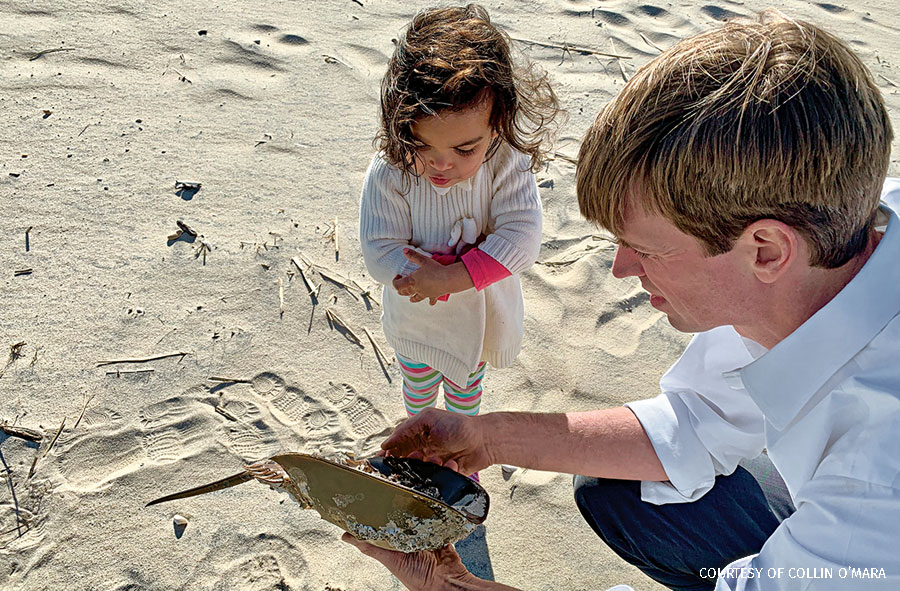 On Delaware Bay, Collin O’Mara shows his daughter, Alana, a horseshoe crab, whose eggs are a vital food source for migratory red knots. Both species are at risk.

I NEED YOUR HELP.  Despite the nation’s conservation successes—such as restoring populations of bald eagles, American alligators, brown pelicans, bighorn sheep, wild turkeys and more—a startling new report from the Intergovernmental Science-Policy Platform on Biodiversity and Ecosystem Services finds that more than 1 million species of Earth’s plants and animals are at risk of extinction in coming decades at a rate unprecedented in human history.

The report, compiled by nearly 150 experts who reviewed more than 15,000 scientific papers, cited multiple causes for species declines, including habitat loss and fragmentation, overconsumption, invasive species, disease and climate change. It concluded that “we are eroding the very foundations of our economies, livelihoods, food security, health and quality of life worldwide.”

Given the grave implications of this report, one might have expected front-page stories. But more than 60 percent of the top U.S. newspapers did not cover its findings in their print editions. So here’s our challenge: We need to convince all Americans of the importance of acting to reverse the wildlife crisis. Mass extinction would be catastrophic for the 75 percent of our food crops that depend upon healthy pollinator populations, and public health would suffer as diseases and parasites—which are kept in check in healthy ecosystems—explode out of control. Ultimately, it would be a moral failing to allow species to go extinct on our watch.

The problem is local as well as global. Scientists at the National Wildlife Federation estimate that more than one-third of all U.S. species are at heightened risk of extinction, including frogs, turtles, bats, songbirds, bees and butterflies. To address the crisis, the Federation and our state affiliates are leading the charge to save wildlife. We’re working with Congress to pass the bipartisan Recovering America’s Wildlife Act, which would direct significant resources to the proactive, collaborative conservation of more than 12,000 species that states have identified as priorities for action. We’re also striving to restore America’s public and working lands, to protect thousands of miles of freshwater streams and major water bodies and to make America’s cities more wildlife friendly. And we’re continuing to connect more than 10 million children with nature every year.

I am absolutely confident that we, together, are up to the challenge of saving America’s wildlife, but we need your help spreading the word, creating backyard habitats, advocating for conservation policies and getting kids outdoors. Extinction is forever, so we have no choice but to succeed.