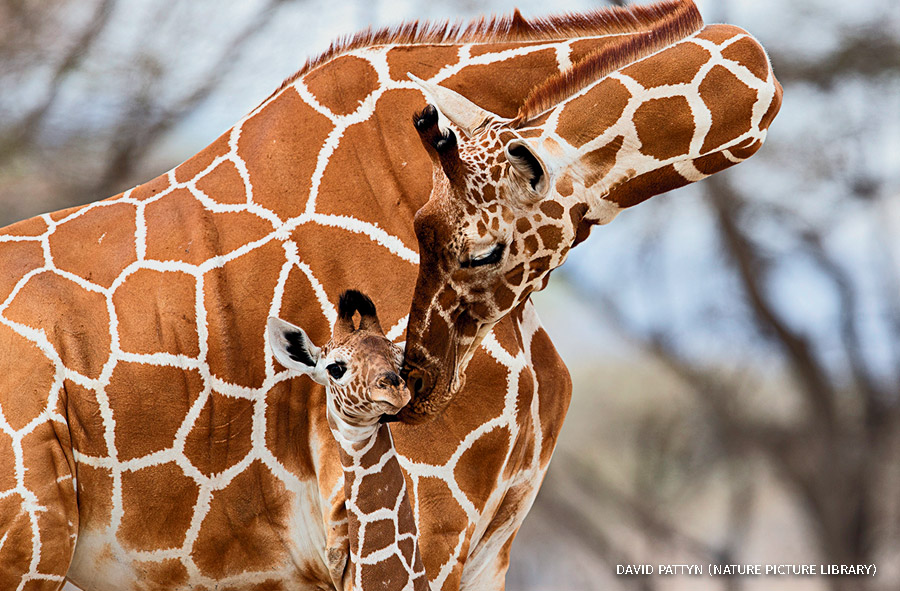 Until about two decades ago, giraffes (above)—Earth’s tallest land animals—were thought to be basically aloof and lacking any social structure. But by reviewing more than 400 scientific studies of giraffe behavior, biologists at Great Britain’s University of Bristol uncovered evidence that the mammals in fact have highly complex social systems, often forming small groups led by older females that spend as much as 30 percent of their lives in a postmenopausal state. In Mammal Review, they suggest that giraffes fit the “grandmother hypothesis”—the idea that females of some species survive well beyond their reproductive years to help raise successive generations of offspring.

To date, this behavior has been observed only in a few mammals, including orcas, elephants and humans. “It is baffling to me that such a large, iconic and charismatic African species has been under-studied for so long,” says lead author Zoe Muller. Noting that the animals’ numbers have declined in the wild by some 40 percent since 1985—and that they’ve been declared extinct in at least seven countries—she adds that giraffe “conservation measures will be more successful if we have an accurate understanding of the species’ behavioral ecology.” 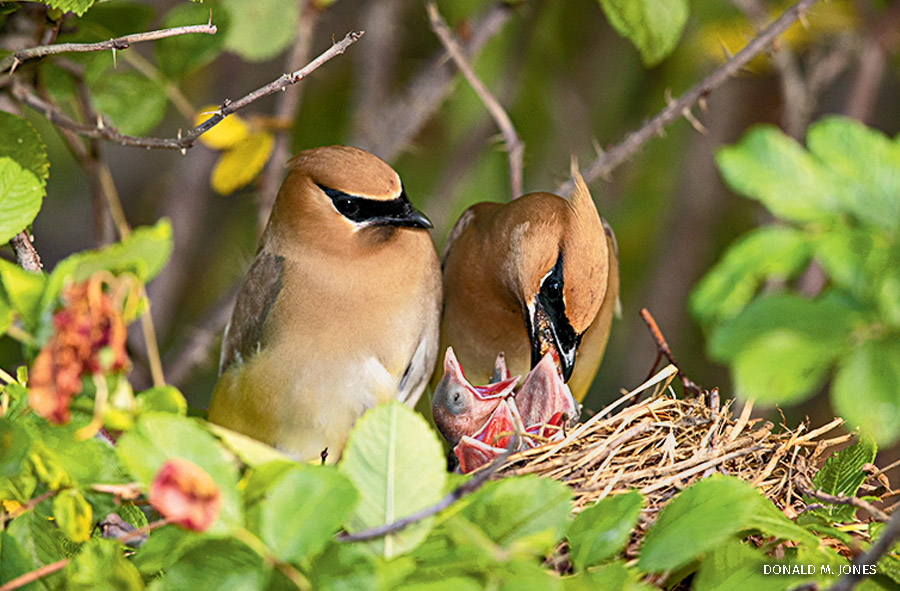 Researchers at California Polytechnic State University (Cal Poly) provide the most comprehensive assessment to date of how the combined effects of human noise and light pollution affect birds across the continental United States. In a study based on more than 3 million observations of 140 species by community science volunteers and other sources, the scientists report in Global Change Biology that such common birds as American goldfinches and cedar waxwings (above) avoid noisy properties. In locations where both human noise and light pollution occur, even more birds steer clear of backyards. “These responses would have been overlooked completely if we only focused on the influence of light or noise individually,” says study leader and co-author Ashley Wilson. In a separate study of 142 species, the scientists found that light and noise pollution impact the timing and success of bird breeding in a variety of complex ways. “Our overall influence on sensitive species could be a lot more widespread than we originally thought,” she says. 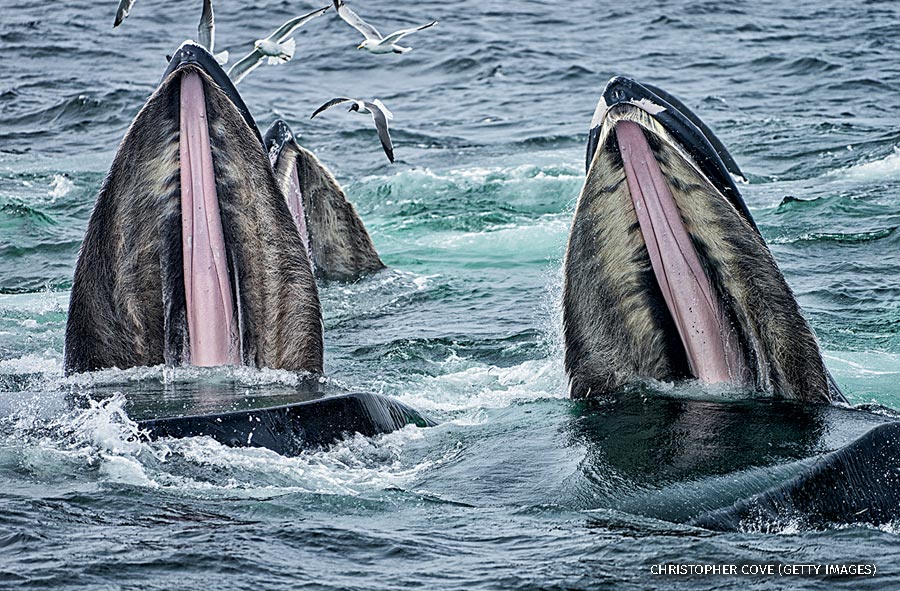 More poop in the sea

Scientists have found that the sea’s huge baleen whales eat two to three times more food, both daily and annually, than researchers previously thought—which means the animals also poop much more than earlier studies had estimated. The finding is important because whale feces are a critical source of nutrients in the open ocean.

To come up with the new estimate, published in Nature, a team led by ecologists from Stanford University closely followed 321 tagged baleen whales, including humpback (above), blue, fin and minke whales, in three oceans. The whales capture prey by filtering vast amounts of water through fringed baleen plates in their mouths. The scientists learned, for example, that the North Pacific blue whale—Earth’s largest animal—consumes some 35,000 pounds of krill a day in summer. By eating such enormous quantities, and then defecating, the whales release iron locked within the krill back into the water, making it available to phytoplankton that need the mineral to survive. “These ecosystems are complex and highly intricate,” affirms lead author and Stanford marine ecologist Matthew Savoca.

Let There Be Night »
A Greater Good? »
Circle of Life »