A photographer captures a stunning image of a brittle star garden 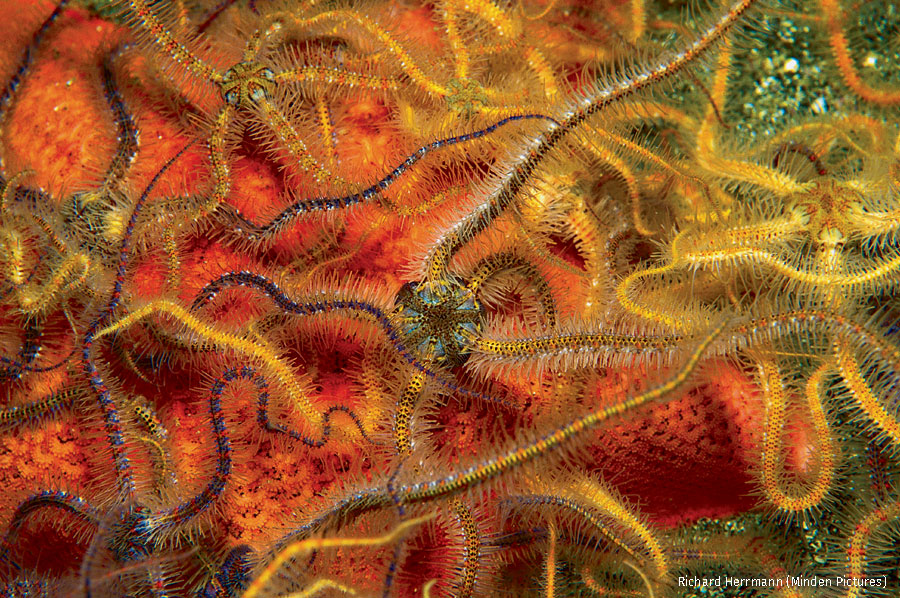 AS IF WEAVING a work of abstract art, the feathery arms of brittle stars entwine atop a plump orange bat star in California’s Channel Islands National Marine Sanctuary. “I love this brittle star garden,” says photographer Richard Herrmann. “Everything is 100 percent covered in multicolored brittle stars. The challenge is to find them with other animals visible.” 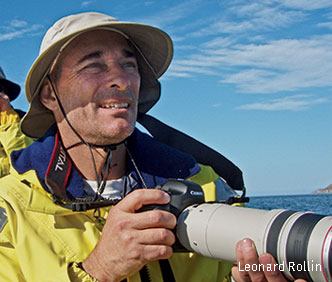 After 40 years of photographing marine life around the globe, Herrmann has had his share of challenges and seen plenty of changes in the sea. “Sharks have really declined dramatically,” he says. “But I’ve also seen a huge increase in marine mammals like whales, seals and sea lions.”

Documenting such shifts can prompt preservation of marine ecosystems. “The viewing public gets a sense of the fragility and beauty of the sea,” says Herrmann. “They can see problems and human impacts, but they can also see healthy coral reefs, kelp forests and the beauty of the natural world underwater.”