Putting the “Great” in Outdoors 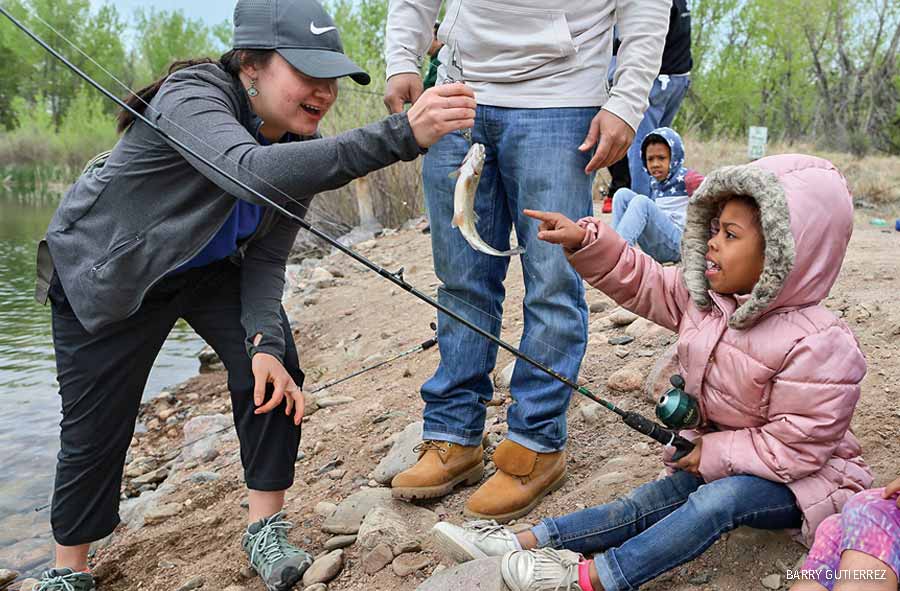 BEFORE NANCY GONZALEZ TAUGHT her first Urban Rangers fishing clinic, the high school junior had never caught a fish and had very limited experience being outdoors. “I thought I was going to be the worst Urban Ranger,” she says. “How could I teach someone to fish?”

But Gonzalez was determined not to let down the kindergartners and their families who looked to her for guidance. The children were anxious, longing for a catch but scared to touch a fish. Gonzalez talked them through their fears, knowing that what really mattered wasn’t how many fish they caught, but that they learned to enjoy spending time in nature. That first clinic, she recalls, “made a difference for each child.”

The need for role models who can make that difference inspired Denver, Colorado-based nonprofit Environmental Learning for Kids (ELK) to launch its Urban Rangers program in 2013. With support from the National Park Service and Denver Parks and Recreation, ELK hires about a dozen young people between 14 and 25 years old each summer, giving many of them their first paying jobs and their first chance to discover the joy of the outdoors—and sharing that joy with others.

“For most of the young people we work with, the mountains have just been a backdrop,” says ELK Associate Director Kim Weiss, “not a place they could reach or even feel they belonged.” But the Rangers help break down psychological barriers.

Veteran Ranger Yésica Chavez has seen that kind of enthusiasm evolve, but says success depends on having someone to identify with. “If girls see another girl fishing, they feel encouraged,” she says.

Beyond gaining a sense of belonging, kids who spend time outdoors can learn about science and nature. “Using the outdoors as a classroom is very powerful,” says Urban Ranger Samantha Gilmore. “Nature can help kids understand the world better, and also their place in the world.”

Writer Lynne Warren also has a piece about snakes in this August-September 2018 issue.