With unsurpassed sensory skills, the star-nosed mole is a marvel of evolution 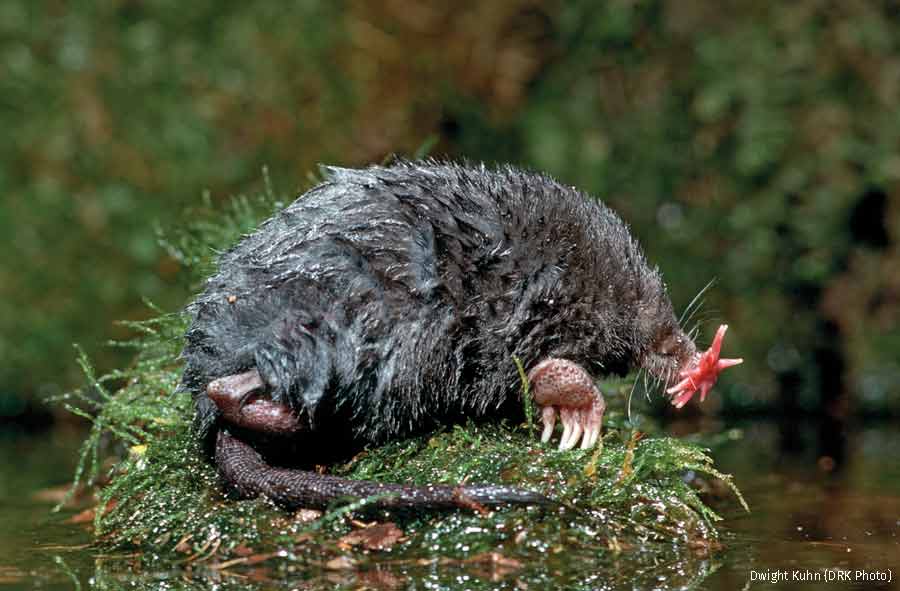 Sopped after a swim, a star-nosed mole provides a rare full-body glimpse before retreating to forage in a Maine wetland.

THE FIRST TIME he saw a star-nosed mole in a Pennsylvania swamp, Ken Catania knew he had encountered something special. “Obviously it is among the weirdest looking creatures on the planet,” says the Vanderbilt University neuroscientist. “But when I began trying to understand its brain organization and behavior, that’s when things got really surprising.”

For Catania, the surprises haven’t stopped coming ever since he started studying the secretive North American native three decades ago. “I use the word ‘amazing’ a lot to describe the star-nosed mole, and for good reason,” Catania says. “It is a true neurological wonder that has taught us a lot about how brains process sensory information.” 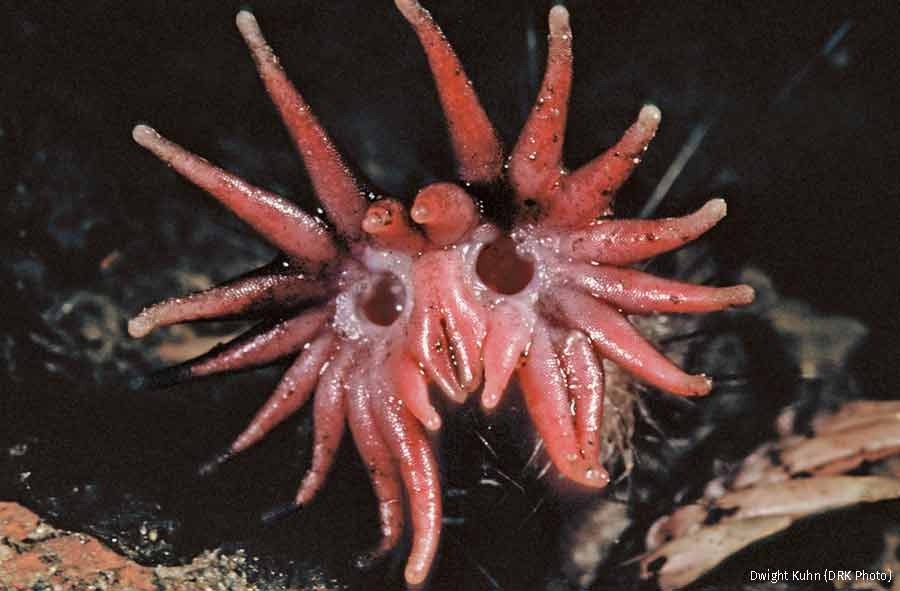 Function trumps beauty in the star-nosed mole, whose tentacled snout is incomparably sensitive. Packed with 100,000 nerve endings, fingerlike rays on the nose help the mole find prey at lightning speed.

A nose for superlatives

The sole member of the genus Condylura, the half-foot-long animal ranges in wetlands from southeastern Canada through parts of the eastern United States and as far south as Georgia. Though the mole is quite common in some areas, few people know it exists because it spends almost all of its two- to three-year life span belowground in muddy burrows and tunnels or swimming to hunt for prey.

To survive in that dark environment, the poor-sighted mole relies on the 22 fleshy appendages, called rays, that form the star surrounding its snout. Armed with 100,000 nerve endings crammed into an area roughly the size of a human fingertip, the rays are unique to this species and give it the most sensitive touch organs in the animal kingdom. (By comparison, an entire human hand has about 17,000 nerve endings.)

“Star-nosed moles have extremely efficient nervous systems that convey information from the environment to their brains at speeds approaching the physiological limits of neurons,” Catania explains. Using video recordings of the animals, he determined that the rays can touch as many as 10 different objects in a single second, writhing like tentacles as the mole searches through mud for insects, worms and other prey. The animals can identify individual prey in less than two-tenths of a second and then determine in just 8 milliseconds whether or not it is edible. “They eat faster than any other mammals on Earth,” Catania says.

What’s more, unlike the 38 other mole species, star-nosed moles can swim—and have the unique ability to smell underwater. Through videos, Catania saw that submerged moles can blow between five and 10 air bubbles per second, aiming them at objects such as fish or crustaceans to pick up what he calls “odorant molecules.” The moles suck the bubbles back into their snouts to sniff for the scents of potential prey. This discovery, which caught the scientist by surprise, provided the first evidence of a mammal being capable of using its olfactory skills while underwater. 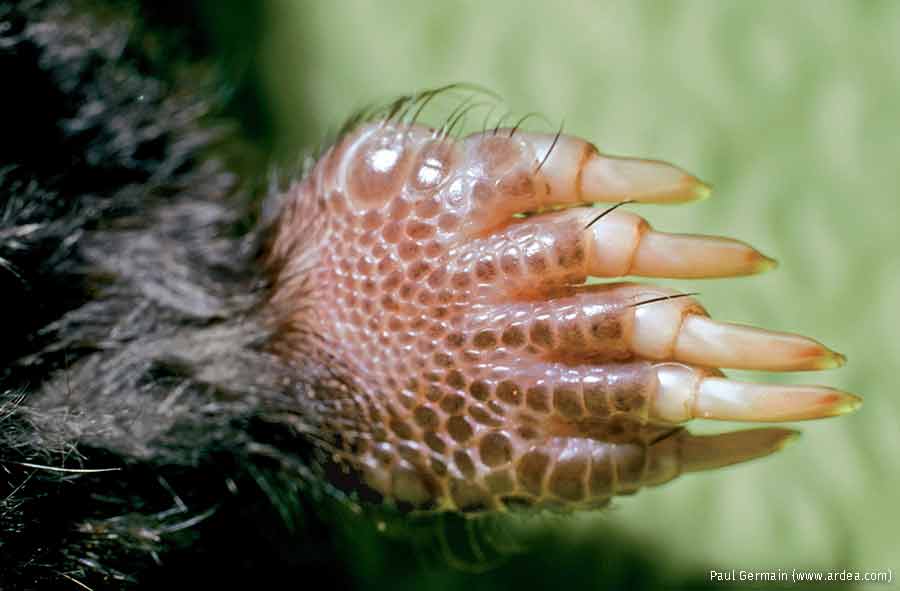 At least once a year, Catania goes into secluded wetlands in northwestern Pennsylvania, where he temporarily captures a few of the moles to study their behavior and neurological systems in his Vanderbilt laboratory. Pennsylvania is a fertile area for these animals, “but that doesn’t make them easy to locate,” he says.

Using their large front paws, star-nosed moles excavate extensive tunnels that may run more than 100 feet long and serve as highways for shrews and other small marshland mammals. To find a mole within the maze, “you have to get a feel for where it makes its burrow,” says Catania. Even then, finding the creatures requires constant surveillance over several days.

“Navigating through wetlands and digging for moles is very hard work,” agrees University of California–Berkeley neuroscientist Diana Bautista, who studies the molecular biology behind sensations such as touch and pain. In recent years, she has joined Catania in searching for and studying star-nosed moles.

“Compared to the other senses, we know little about our sense of touch,” she says. “But Ken’s research has really paved the way for others to learn how it works.” Collaborating with Catania, Bautista found that certain molecules in the mole’s snout transform physical actions, such as touching prey or other objects, into electric signals that help drive the animal’s nervous system.

“Evolution has solved a lot of problems in a lot of different ways, and we can learn so much from that diversity,” observes Catania, who calls the star-nosed mole a poster child for extreme evolutionary adaptations. Based on his experiences during the past three decades, the scientist believes that the little animal still has some big surprises to reveal. “It’s an incredible creature,” he says, “in almost every way I can imagine.”