A Plea for Trees

Dwindling numbers of urban trees are putting wildlife and people at risk—but it’s not too late to re-grow our future. 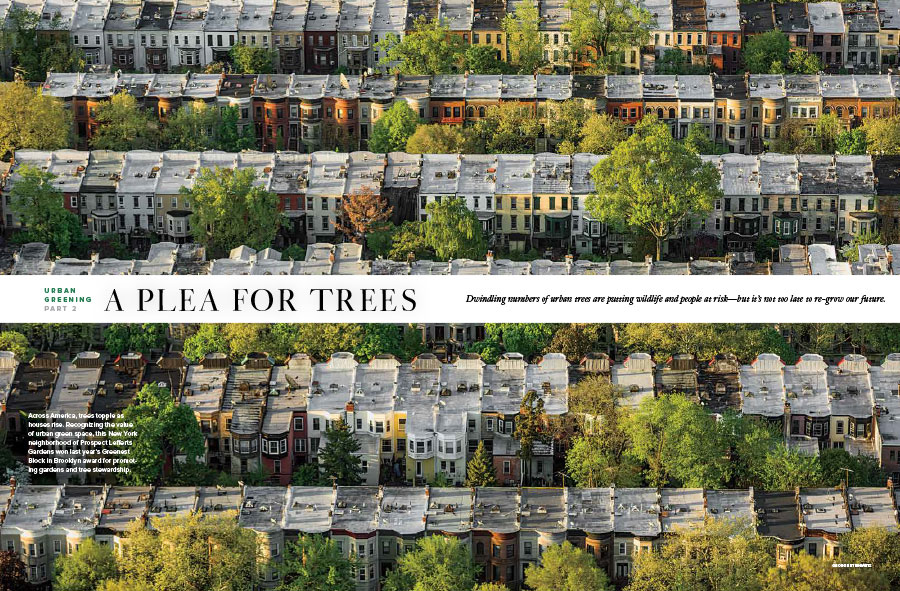 Across America, trees topple as houses rise. Recognizing the value of urban green space, this New York neighborhood of Prospect Lefferts Gardens won last year’s Greenest Block in Brooklyn award for promoting gardens and tree stewardship. Emblematic of the bond between trees and wildlife, a raccoon (below) peers out from its perch in New Brunswick, Canada. Trees provide food, shelter and places to raise young for a host of species.

THE SUN was just peeking above the horizon when I met Oskar Elmgart outside of New York’s Central Park. A certified forest therapist, Elmgart was there to introduce me to the Japanese practice of shinrin-yoku, which, translated literally into English, means “forest bathing.” Reading up on the practice beforehand reassured me that there would be no icy dip at dawn in the Central Park Lake or Turtle Pond. On the contrary, I learned, shinrin-yoku—or forest therapy as it’s often known in the West—is a slow, meditative walk that would quiet my mind and deepen my connection with nature.

Elmgart and I made our way to the edge of the Ramble, a 37-acre “wilderness” of rocky crags and hilly forest at the heart of the park. There, he invited me to close my eyes and use all my senses to feel my feet planted on the ground, to smell and taste the air. I was soothed by the sweet, reedy song of white-throated sparrows, and when I opened my eyes, shafts of brilliant, early-morning sunlight were streaming between massive trunks of nearby trees. 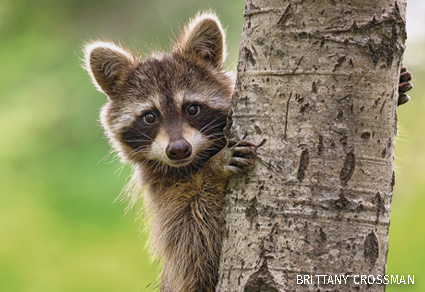 We headed slowly down a forest path, casting pebbles into the brook that meanders through the Ramble, imagining that we were also casting away our worries. I clambered up a nearby rock and for 15 peaceful minutes contemplated the surrounding community of trees, the sound of water tumbling over stones and the busy chatter of birds. Finally, I decamped to a secluded nook where Elmgart poured tea from a ceramic kettle.

Shinrin-yoku originated decades ago in Japan, one of the most densely populated countries in the world, with correspondingly high stress levels. During the 1980s, Japanese scientists conducted research demonstrating that the practice can reduce stress hormones, lower blood pressure, decrease heart rate and improve concentration, mood and memory. They even discovered that chemicals released by trees, called phytoncides, boost the immune system.

This early Japanese research “has been an inspiration to those of us in the science community interested in nature and health,” says Michelle Kondo, a research social scientist with the U.S. Forest Service (USFS). Kondo has spearheaded several of the many recent studies confirming that spending time in the midst of trees can enhance the well-being of stressed-out city dwellers. Her studies, in turn, add to a growing body of evidence showing that urban forests are vital to the physical and mental health of people as well as the survival of birds and other wildlife.

Another recent study, however, reveals the troubling news that urban forests across the United States are in decline. Nationally, some 36 million trees—about 175,000 acres per year—were lost between 2009 and 2014. Along with the trees, “we’re losing $100 million a year in services that improve health and well-being in cities,” says lead author and USFS senior scientist David Nowak. What’s more, he notes, “shrinking that nature base” means less habitat for wildlife. Dozens of cities now have plans to protect their forests. But reversing the current losses, Nowak and his coauthor write in Urban Forestry and Urban Greening, requires “more widespread, comprehensive, and integrated programs” that focus on restoring and sustaining adequate tree cover in cities nationwide. 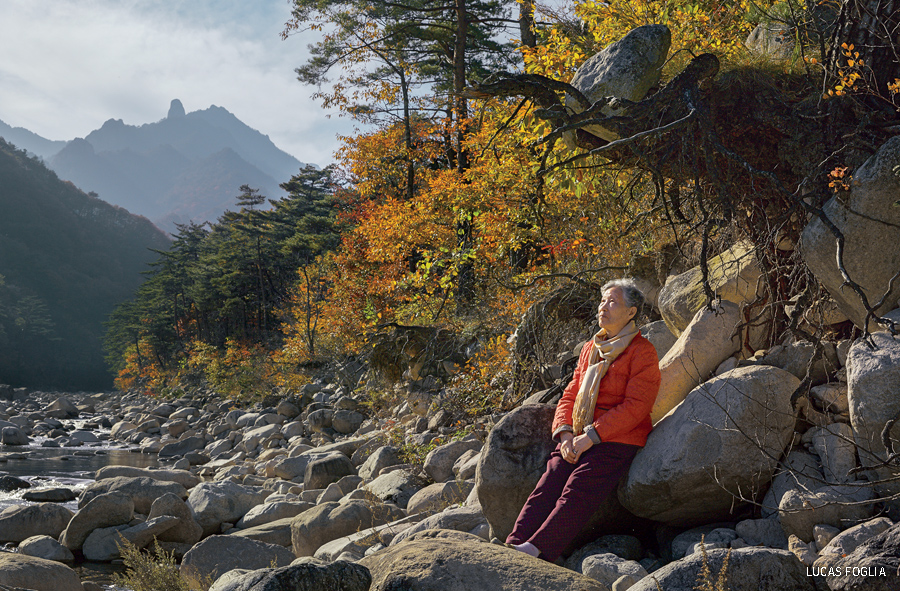 Soaking in a moment of peace amidst the trees, a woman enjoys South Korea’s Seoraksan National Park, where many indulge in “forest bathing.” Believed to reduce stress, lower blood pressure and improve mood, the practice is catching on in the United States.

During the past few decades, it has become clear that urban forests—the sum total of trees in city parks, along streets and in residential and commercial landscapes—function as “green infrastructure” that provides myriad benefits. Trees curb climate change, for example, by removing carbon dioxide from the atmosphere through the process of photosynthesis and storing it in their tissue. According to a study by Nowak and USFS forester Eric Greenfield, urban forests in the contiguous United States sequester an estimated 37 million tons of carbon a year. Nationally, USFS estimates that trees everywhere offset 10 to 20 percent of annual emissions from burning fossil fuels.

By reducing emissions from power plants and other sources, Nowak says, forests directly benefit human health. In one study, he found that trees in the United States removed 17.4 million metric tons of air pollutants in 2010, preventing 850 premature deaths, 430,000 asthma attacks and many more acute respiratory and other health problems. The greater the tree cover, the more pollution was removed. The value of this pollution abatement was greatest in urban areas—an estimated $4.7 billion in avoided deaths, medical expenses and other costs.

Trees also cool the air by casting shade and releasing water vapor, which helps alleviate one of the most underestimated public health threats—heat waves. Worldwide, heat waves already kill an estimated 12,000 people on average a year, and according to a World Health Organization report, climate change could increase that number to 260,000 by 2050. The problem is especially acute in cities, where buildings and paved surfaces create “heat islands,” often making cities several degrees hotter than surrounding areas.

Beyond trees’ ability to clean and cool the air, a literature review published last year in the International Journal of Environmental Research and Public Health provided evidence that urban forests also alleviate stress, improve mood, increase attention span—and may even save lives. “Gun violence is one of the top health issues faced by people in low-income communities,” says lead author Kondo. These areas also often have the fewest trees. In a 2017 study published in the American Journal of Epidemiology, she reported that when Philadelphia residents were under tree cover, they were less likely to be assaulted with a gun. Kondo and her coauthors conclude that “urban greening and tree cover may hold promise as proactive strategies to decrease urban violence.”

Decreasing violence could particularly benefit children, who are often innocent victims. And children have much more to gain from urban green spaces: A comprehensive body of research has shown that getting kids unglued from their digital devices and outdoors in nature can improve self-discipline, learning and test scores while decreasing behavioral problems linked to conditions such as attention-deficit hyperactivity disorder.

As evidence of the health benefits of green spaces has grown, so has a movement to treat and prevent diseases with “park prescription programs.” Doctors today increasingly prescribe time in nature for patients suffering from anxiety, heart disease, obesity and other chronic ailments.

Urban trees are essential not only to people but to wildlife, from birds and butterflies to bats and other small mammals—and cities can be more beneficial for wildlife than people might think, says USFS wildlife biologist Susannah Lerman. They “actually do support a lot of native species and even species of conservation concern,” she says. New York’s Central Park, for example, is a refuge for several at-risk birds, including the common nighthawk and Wilson’s warbler, two species that are in steep decline. 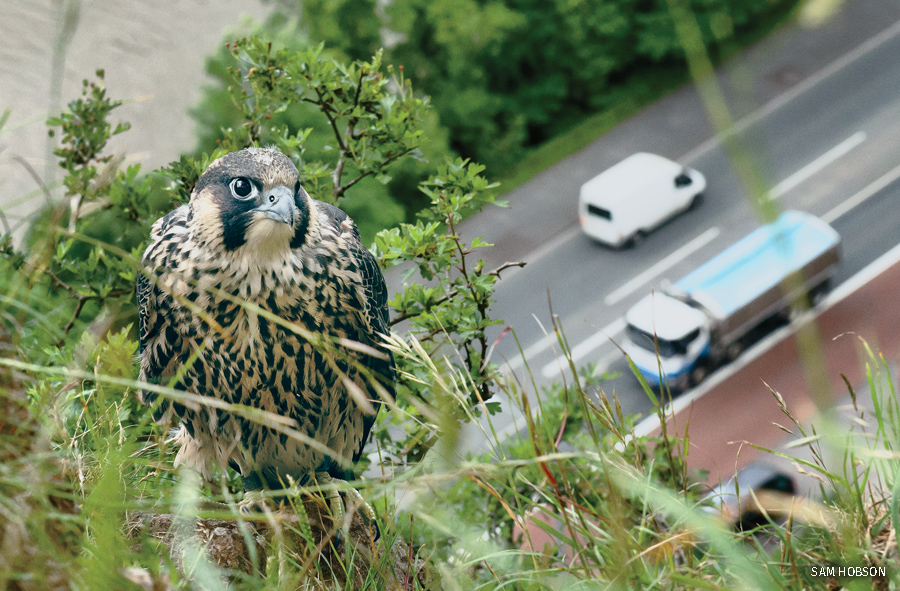 A peregrine falcon rests on a cliff above a busy street in Bristol, England, seemingly unperturbed by the passing traffic. Adaptable hunters, these once-imperiled raptors thrive in cities, feasting on small birds that depend on trees for nesting and insect prey. Engrossed in nature, Claire Patterson (below) plays near the Virginia cabin of her grandmother, Em Sartor. The retired teacher says, “Exploring the outdoors is so important to a child’s development.”

To help make urban forests better habitat, Lerman led a recent effort to integrate “habitat suitability” data into i-Tree, a free USFS online tool that lets users analyze a forest and quantify the services it provides. She and her colleagues examined the habitat potential of forests in 10 northeastern U.S. cities for nine bird species. One feature needed by most birds native to this region is ample tree canopy cover—the area occupied by leaves, branches and trunks of all standing trees—which varies by species. Lerman says chickadees, for example, can thrive with 37 to 87 percent canopy cover, while the wood thrush requires 70 to 100 percent. Identifying which variables are missing from a forest—whether in parklands or private backyards—helps stewards enhance its value as wildlife habitat.

Another free online tool, offered by the National Wildlife Federation, allows users to identify by zip code the native trees and other plants that feed the most species of butterfly and moth larvae—the No. 1 food source for breeding birds and their young. As primary funder of the tool, USFS is especially interested in its use for trees. “Selecting a tree to plant is a long-term decision that affects the future tree canopy of a city and the next generation of its residents,” says Elizabeth Larry, assistant director of the service’s Northern Research Station. “This tool makes it easier for property owners and tree planting organizations to know which tree species have wildlife value.” 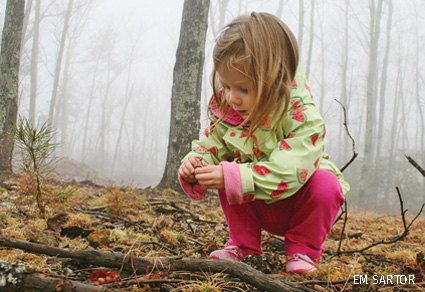 Recognizing the myriad benefits of urban forests, an increasing number of cities are devising strategies to enhance tree cover and sustain it by replacing trees killed by pests or cut down for development. Nowak notes that the optimum percentage of forest in a given city depends on the limits of the surrounding natural environment. Because about 80 percent of U.S. cities are in forested regions where water is plentiful, including the East or Northwest, those metro areas can support many trees. A city such as Pittsburgh, for example—which plans to raise its tree cover from 40 to 60 percent by 2031—can aim higher than a desert city like Phoenix, where officials hope to increase their forest cover from 8 to 25 percent by 2030.

Likewise, the Federation’s Trees for Wildlife™ program supports “tree equity” in communities “because everyone deserves access to the benefits of trees and nature,” says Patrick Fitzgerald, NWF senior director for community wildlife. Last year in Brownsville, Texas, 1,000 native trees were donated through the program for a high-profile planting day at Pace High School, one of the largest urban schools in the area, where the population is 93.7 percent Hispanic. According to Melissa Tully, one of the students who helped organize the event, hundreds of Pace students gathered on a Saturday in spring “to plant these trees and cultivate pride and responsibility for our campus.” With most of the nation’s city trees located on private rather than municipal property, schools like Pace—along with businesses, nonprofits and individual homeowners—are critical to expanding and maintaining urban forests.

Given today’s high medical costs, efforts to protect and expand urban forests “have real potential as a preventive approach to public health,” Kondo says. “They are good for people and good for the environment. It’s a win-win.”

Janet Marinelli wrote about migratory insects in the August-September 2018 issue. To learn more about the Trees for Wildlife program, visit www.nwf.org/Trees-for-Wildlife. Check out the plant-finder tool at www.nwf.org/nativeplantfinder.