A gilded flicker hunts for a feast. 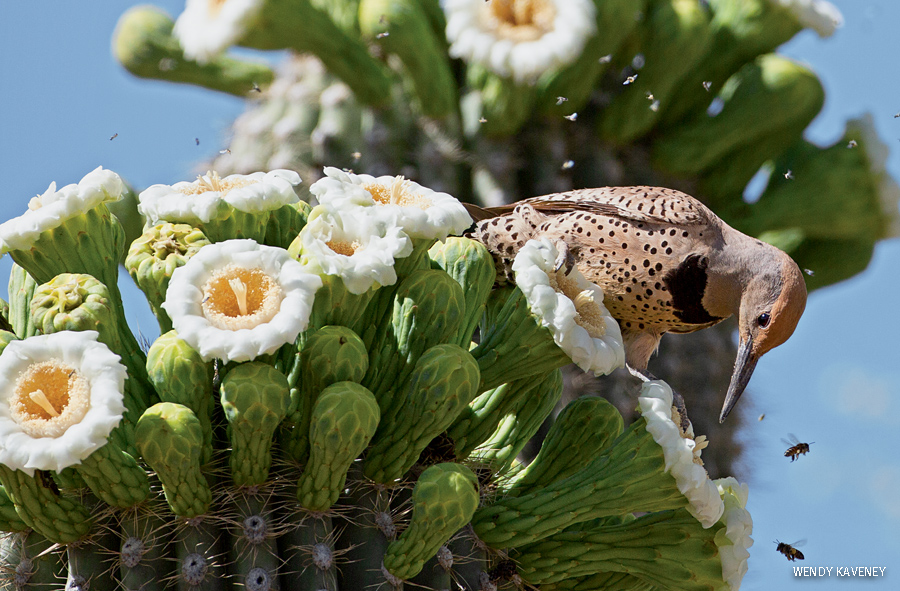 ON A LOVELY APRIL MORNING in Arizona’s Sonoran Desert, the action is intense on a saguaro cactus as a gilded flicker and clouds of bees probe the ephemeral one-day blooms. Likely hunting for insects, “the flicker would bury its head in the flower and emerge covered in pollen,” says Wendy Kaveney, who caught the scene in her neighbor’s backyard. “It would also flick its beak at the bees, almost as if they were competing. It was comical.” (This lively image won second place in the National Wildlife Federation’s new Garden for Wildlife™ photo contest, which debuted last year.) 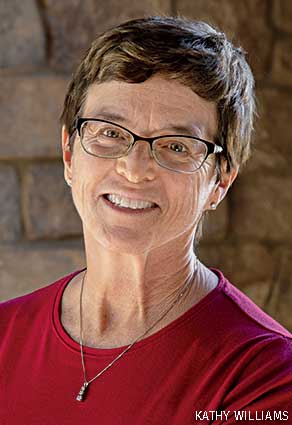 Though Kaveney sees the humor in nature, she takes photography seriously, documenting the behaviors of birds and other wildlife that grace her desert backyard. Because its range is so limited, the gilded flicker is one of her favorite subjects—yet she worries about its future. “With the amount of development tearing up the desert for housing,” she says, “these birds could become a thing of the past.” By providing wildlife with water, native plants and other food sources in her yard, Kaveney is helping this and other species survive.