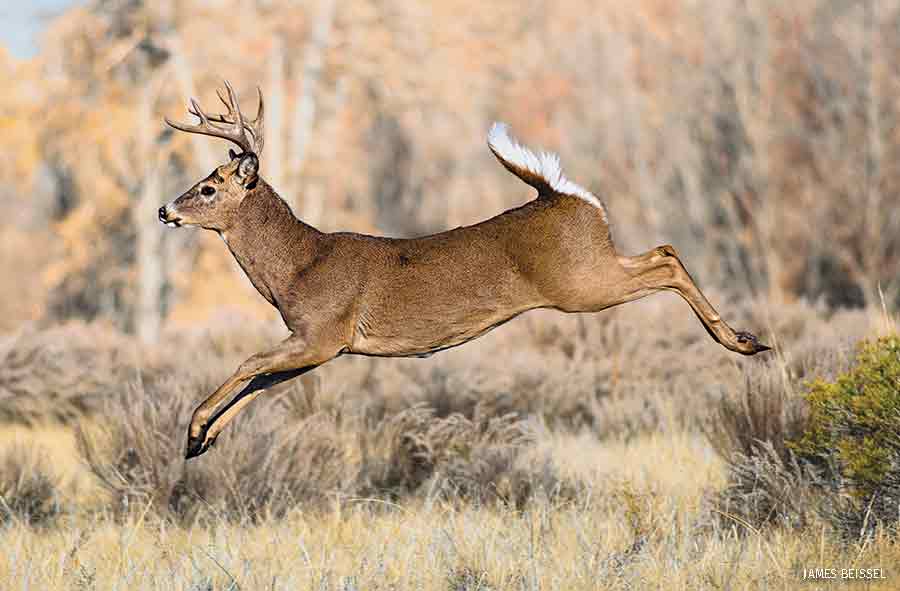 WHEN I TRAVEL THE COUNTRY trying to inspire Americans to help us confront the growing wildlife crisis, the conversations usually focus on habitat loss and climate impacts. It’s true that we can’t save wildlife populations without restoring essential habitat or improving climate resilience—as well as reducing carbon and methane pollution to address an underlying cause of climate change. But wildlife also face a range of other serious challenges, including the introduction of invasive species, new forms of pollution, genetic modification of crops, pesticides and a growing array of wildlife diseases, as highlighted in this issue.

One disease threat that the National Wildlife Federation and its affiliates are mobilizing against is chronic wasting disease (CWD). With no known treatment or vaccines, this always-fatal illness affects white-tailed deer, mule deer, elk, moose and other ungulates. Symptoms include drastic weight loss (wasting), stumbling, listlessness and other neurological symptoms. Now found in half of the 50 states, the disease is threatening to upend some of our nation’s greatest wildlife recovery stories. It also threatens the future of hunting and conservation in America by reducing big-game populations. Fewer hunters will mean less money for state wildlife agencies, which are funded in large part through licenses and taxes related to hunting and angling.

The Federation’s affiliates, members and field staff provide much-needed grassroots muscle and leadership to tackle the unprecedented disease challenge. Affiliates and state, federal and academic partners conduct research, monitoring, response, outreach and education to raise awareness of the threat of CWD. And recently, we worked to introduce legislation that, if passed, will fund CWD research and responses. Federal agencies have a role, too. The Federation and more than 12,000 of our members called for stronger oversight by the U.S. Department of Agriculture of captive deer and elk facilities, which can spread the disease.

It’s going to take a team effort to elevate the importance of researching and eradicating wildlife diseases. A resolution proposed by the Michigan United Conservation Clubs and unanimously adopted by our affiliates calls for the creation of a federal wildlife disease trust fund, an idea we are working to advance. But it’s going to take all hands on deck to help ensure wildlife thrive in our rapidly changing world.